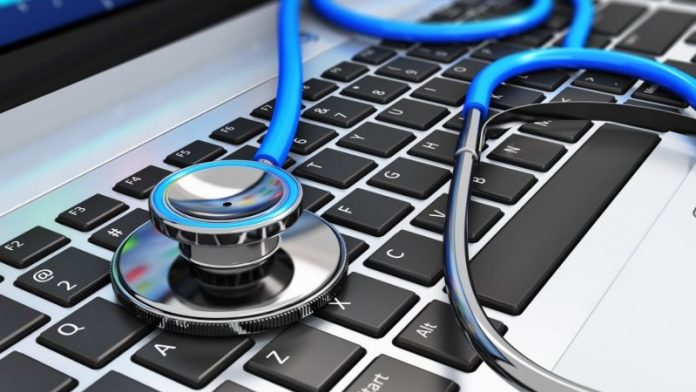 For a patient, a diagnostic error can mean the difference between life and death. While estimates vary, Americans die or are permanently disabled each year due to medical diagnoses that initially miss conditions or are wrong or delayed.

More than two decades ago, in 1999, the Institute of Medicine (IOM), a division of the National Academy of Sciences, estimated that at least 44,000 patients — and as many as 98,000 — died in hospitals each year as a result of medical errors. The institute published their findings in an alarming report called “To Err is Human.” [1]

However, with the ability to better measure and report incidents, a 2010 report published by the Office of Inspector General (OIG) for the Department of Health and Human Services, estimated that in ant given year, bad hospital care contributed to the deaths of nearly 180,000 Medicare patients.

Less than 3 years later, a study published in the Journal of Patient Safety said that these numbers may even be much higher, suggesting that each year between 210,000 and 440,000 patients going to a hospital for care suffer some type of preventable harm that contributes to their death.

Disease categories
A research team, led by a Johns Hopkins Armstrong Institute for Patient Safety and Quality expert, reports it has identified three major disease categories — vascular events, infections and cancers — that account for nearly three-fourths of all serious harms from diagnostic errors.

The team’s findings, based on analysis of a large repository of malpractice insurance claims, are described in a paper published online in the journal Diagnosis. [2]

In their study, which was supported by the Society to Improve Diagnosis in Medicine, the Gordon and Betty Moore Foundation and the Armstrong Institute Center for Diagnostic Excellence, the researchers found that diagnostic errors were the most common, most catastrophic and most costly of medical mistakes.

The authors describe 15 specific ‘big three’ conditions that together account for nearly half of all the serious, misdiagnosis-related harms. The top conditions in each category are stroke, sepsis (a blood infection) and lung cancer, respectively.

These are accompanied by heart attack, venous thromboembolism (blood clots in the legs and lungs), aortic aneurysm and dissection (a rupture of the aorta), arterial thromboembolism (a blockage of the blood supply to internal organs), meningitis and encephalitis, spinal infection, pneumonia, endocarditis (a heart infection) and breast, colorectal, prostate and skin cancers.

“We know that diagnostic errors happen across all areas of medicine. There are over 10 thousand diseases, each of which can manifest with a variety of symptoms, so it can be daunting to think about how to even begin tackling diagnostic problems,” Newman-Toker noted.

For the study, the researchers analyzed all 11,592 diagnostic error cases between 2006 and 2015 that were drawn from a list of open and closed U.S. malpractice claims documented in the national Comparative Benchmarking System (CBS) database.

Frequently used as a source for patient safety research projects, CBS is owned and maintained by CRICO, the medical malpractice insurance program associated with Harvard medical institutions and their affiliates. The database includes information from 400 hospitals, including more than 30 academic and teaching hospitals covered by both member-owned and commercial insurance programs representing more than 180,000 physicians from all 50 states plus Washington, D.C., and Puerto Rico.

The research team, which included Dana Siegal, RN, director of patient safety at CRICO Strategies, a division of CRICO, grouped all health conditions presented in the claims according to a standard, epidemiologic classification system created by the Agency for Healthcare Research and Quality, with the help of the agency’s Clinical Classifications Software. This allowed the authors to identify and rank top conditions.

Coding errors
“There are dozens of different diagnosis ‘codes’ that all represent strokes. The same is true for heart attacks and some of the other conditions as well. These differences often matter more for treatment than diagnosis,” Newman-Toker noted.

“To my knowledge, grouping these codes together to identify the most common harms from diagnostic error had not been done before, but doing so gives us an ‘apples to apples’ comparison of the frequency of different diseases causing harms,” he added.

Varying severity
Among diagnostic-error cases of varying severity, the median age of the patients with errant diagnoses was 49, and more than half were female. For children and young adults (0–20 years old), harms most often were from missed infections (27.6%) rather than vascular events (7.1%) or cancers (9.1%), while the reverse was true for middle aged and older adults. About half of the high-severity harm cases the researchers studied resulted in patient death, while the other half resulted in permanent disability.

Based on claims data, the analysis also found that failures of clinical judgment were identified as causes in more than 85% of the misdiagnosed cases. The researchers say this adds to growing evidence that health care systems must do more to support bedside diagnostic decision-making by clinical providers.

The authors of the article point to interventions such as deploying computer-based diagnostic decision support tools, increasing immediate access to specialists at the point of care, supporting more effective teamwork and patient engagement in diagnosis, providing routine diagnostic performance feedback for clinicians and improving diagnostic education through simulation training.

While computer-based diagnostic decision support may have much to offer in interpreting large and complex data sets, these interactive tools used by clinicians seeking to reach decisions, regardless of the underlying analytic methodology that these systems incorporate, are far from perfect and require physicians to adapt their consultation style, so that they code more information during rather than at the end of the consultation. This, in turn, presents a potential barrier to adoption.  And while interactive decision support could facilitate coding, it is also a source for errors and limit diagnostic accuracy.[3]

And while the goal to support more effective teamwork and patient engagement in diagnosis, is indeed a goal to achieve, today, physicians, medical staff, and patients often struggle with a shrinking workforce and the challenge of keeping up with the growing complexity of care delivery, changing guidelines, and the hope of providing evidence-based supportive care in what the Institute of Medicine (IOM) calls a ‘system in crisis.’

In an unrelated study, Newman-Toker and colleagues describe the valuable diagnostic contributions and engagement of allied health professionals in the diagnostic process. While sociocultural norms establish medical diagnosis as something reserved only for physicians, allied health professionals may help facilitate a cultural change and help implement strategies to breakdown barriers that inhibit effective teamwork and improve transdisciplinary diagnosis.[4]

Ambulatory setting
Researchers also found that most of the diagnostic errors (71.2%) associated with the malpractice claims occurred in ambulatory settings — either in emergency departments, where missed infections and vascular events such as strokes were more of a concern, or outpatient clinics, where misdiagnoses were more likely to be cancer-related.

“These findings give us a road map for thinking about what kind of problems we need to solve in which clinical settings,” Newman-Toker observed.

He cautions that the focus on serious harms in the analysis leaves out many chronic or long-term conditions such as migraines or multiple sclerosis that can be misdiagnosed for years or even decades, leading to substantial patient suffering even if the diseases are eventually treated. He also says there is a bias built in the types of cases brought forth by attorneys that could have affected their findings. “It’s easier to bring a cancer claim forward, for example, since there’s usually more of a paper trail,” he says.

To address this anticipated bias, Newman-Toker and the research team analyzed previously published studies using nonclaims data from various clinical care settings. They still found that roughly three-quarters of diagnostic error cases were associated with the “big three” disease categories — though, unlike with the malpractice claims data, vascular events and infections dominated over cancers.

“The high percentage of serious-harm cases attributable to these ‘big three’ categories of conditions is likely accurate, despite the inherent biases in malpractice data,” Newman-Toker explained.

He says the findings suggest that harms from diagnostic errors could be substantially reduced over the next decade, but only if the medical community takes seriously the National Academy of Medicine’s 2015 call to action that improving diagnosis “represents a moral, professional and public health imperative.”

“Our current annual federal investment to fix diagnostic errors is less than what we spend each year researching smallpox, a disease eradicated in the U.S. over half a century ago,” he said.

“If we devoted appropriate resources to tackling misdiagnosis of the ‘big three’ diseases we identified, we could potentially save half of the people who die or are permanently disabled from diagnostic errors,” Newman-Toker said.

Future developments
The researchers plan to build on their findings as they continue the phases of their planned three-part study.

The next phase will estimate how frequently the 15 most common conditions are misdiagnosed, and the final phase will use nationally representative data sets to derive a population-level estimate of the total number of people in the U.S. harmed by diagnostic error each year.