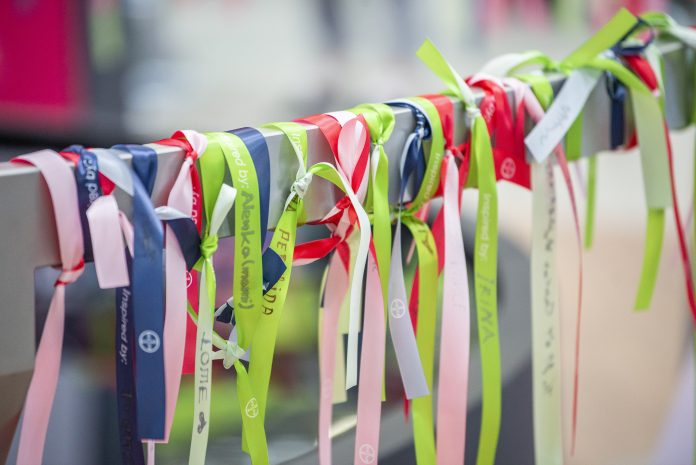 ZW25, being developed by Vancouver, Canada-headquartered Zymeworks, is a bispecific antibody, based on the company’s proprietary Azymetric™ platform technology, that can simultaneously bind two non-overlapping epitopes, known as biparatopic binding, of HER2 resulting in dual HER2 signal blockade, increased binding and removal of HER2 protein from the cell surface, and potent effector function.

“Notably, the single agent objective response rate in biliary tract cancer is highly encouraging given the poor prognosis and limited treatment options for these patients. We are working closely with regulatory agencies to initiate a registration-enabling Phase II trial in second-line HER2‑expressing biliary tract cancer with the goal of bringing ZW25 to patients as quickly as possible,” Hausman added.

Based on the data from the ongoing Phase I study (NCT02892123), Zymeworks has initiated a broad clinical development program for ZW25 in multiple HER2-expressing cancers.

In addition to the Phase II BTC trial (NCT03929666), announced during the ESMO 2019 Congress, Zymeworks is continuing to evaluate ZW25 as a potential treatment for patients with other HER2-expressing cancers, including CRC and gynecological cancers.

Clinical Results
Findings from the ongoing Phase I study of ZW25 in patients with HER2-expressing solid tumors were last presented at the 2018 EORTC-NCI-AACR Symposium.

The updated results were presented today by Funda Meric-Bernstram, MD, Clinical Investigator and Chair of the Department of Investigational Cancer Therapeutics at The University of Texas MD Anderson Cancer Center.

The reported results included data from 58 patients diagnosed with HER2-expressing solid tumors other than breast cancer who received ZW25 at the recommended dose of either 10 mg/kg weekly or 20 mg/kg every other week. Patients had a median age of 61 years and received a median of four prior therapies. Thirty-two (55%) patients received prior HER2‑targeted therapies including 87% of GEA patients. Of all patients, 23 were diagnosed with GEA, 13 with CRC, nine with BTC, and 13 with other HER2‑expressing cancers, including endometrial, ovarian, pancreatic, and salivary gland.

At the time of data cut-off, 46 of 58 patients were response evaluable. Overall, the majority of patients experienced a decrease in their target lesions with a disease control rate of 72%, comprising 16 (35%) patients with partial responses and 17 (37%) with stable disease. The objective response rate in the six evaluable biliary tract cancer patients was 67%, with the majority of patients experiencing disease control greater than six months. In the 11 CRC and 19 GEA patients, the objective response rates were 36% and 32%, respectively. The overall median progression-free survival was 5.2 months, with 27 (47%) of the 58 total patients still on study at the time of data cut-off.

Among all patients, ZW25 was well tolerated as an outpatient therapy. The most common adverse events were diarrhea, infusion-related reaction, and nausea. All treatment-related adverse events occurring in 10% or more of patients were Grade 1 or 2.