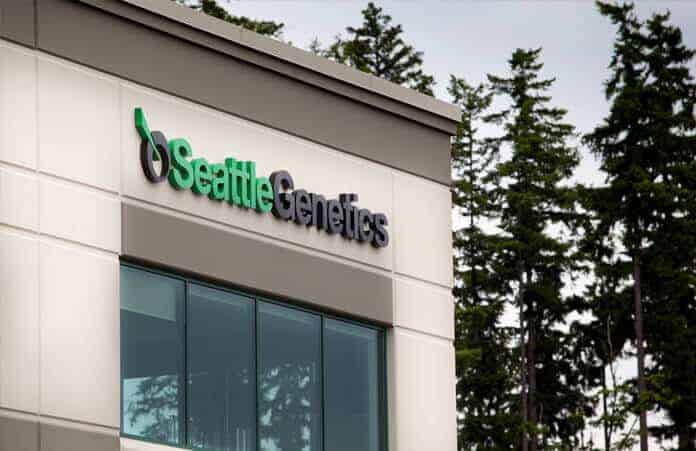 The median Progression Free Survival (PFS) for women with locally advanced or metastatic HER2+ breast cancer who are being treated with the current standard of care, which involves anti-HER2 therapies in combination with chemotherapy, is 21 months. [1][2]

According to the American cancer Society, an estimated 271,270 new cases of invasive breast cancer will be diagnosed in the U.S. in 2019. [2] Between 15% and 20% of breast cancer cases worldwide are HER2-positive.[3]

Despite recent treatment advances over the last decade, there is still a significant unmet medical need, and novel therapies designed to impact metastatic disease, especially brain metastases are desperately needed.

The use of trastuzumab (Herceptin®; Genentech/Roche and biosimilars, including Herzuma®; Teva Pharmaceuticals / Ogivri™, Mylan / Ontruzant®; Merck Sharp & Dohme Corp., a subsidiary of Merck & Co  and Kanjinti™; Amgen Biosimilars), a humanized monoclonal antibody to the HER2 extracellular domain, has dramatically changed treatment options.

Over the last decades the drug has demonstrated to improve survival in both early and metastatic HER2-positive patients [9][10].

Data shows that an average of 15% of patients treated with adjuvant (post surgery) trastuzumab are expected to relapse [11][12]. Furthermore, progressive disease most often occurs after first-line trastuzumab therapy in the metastatic setting within 12 months.

In the third-line setting, clinicians should, based on the ASCO guidelines, recommend other HER2-targeted therapy combinations or trastuzumab emtansine (if not previously administered) and may consider pertuzumab if the patient has not previously received it.

However, there are currently no approved therapies demonstrating progression-free survival (PFS) or overall survival (OS) benefit for the treatment of patients with HER2-positive metastatic breast cancer after progression following trastuzumab emtansine. [14][15][16] This means that there remains a major unmet medical need.

Ongoing research
To meet the unmet medical need, research is ongoing in developing a better treatment options for patients in this patient group. Among the investigational agents in clinical trial is tucatinib (Seattle Genetics), an orally bioavailable, potent tyrosine kinase inhibitor that is highly selective for HER2 without significant inhibition of EGFR. Inhibition of EGFR has been associated with significant toxicities, including skin rash and diarrhea.

Investigators observed that tucatinib demonstrated activity as a single agent and in combination with both chemotherapy and other HER2 targeted agents such as trastuzumab. Furthermore, studies of tucatinib in these combinations have shown activity both systemically and in brain metastases.

Breakthrough therapy
Earlier this week the U.S. Food and Drug Administration (FDA) granted Breakthrough Therapy designation to tucatinib, an oral, small molecule tyrosine kinase inhibitor (TKI) that is highly selective for HER2, in combination with trastuzumab and capecitabine, for treatment of patients with locally advanced unresectable or metastatic HER2-positive breast cancer, including patients with brain metastases, who have been treated with trastuzumab, pertuzumab, and trastuzumab emtansine.

The FDA’s decision was, in part, based on the positive topline results from HER2CLIMB (NCT02614794) a the pivotal, multinational randomized (2:1), double-blind, placebo-controlled, active comparator trial which compared tucatinib in combination with trastuzumab and capecitabine to trastuzumab and capecitabine alone in patients with locally advanced unresectable or metastatic HER2-positive breast cancer.

Participating patients had previously received trastuzumab, pertuzumab and ado-trastuzumab emtansine. On overage, these patients had received a median of four prior lines of therapy overall and three in the metastatic setting. Forty-seven percent of the patients enrolled in the trial had brain metastases at the time of enrollment.

The investigators involved with this trial noted that tucatinib in combination with trastuzumab and capecitabine was generally well tolerated. The most common adverse events occurring in more than 20% of patients in the tucatinib arm vs. the control arm included diarrhea, palmar-plantar erythrodysaesthesia syndrome (PPE), nausea, fatigue, and vomiting. Discontinuation of tucatinib and placebo due to adverse events was 5.7% in the tucatinib arm and 3.0% in the control arm.

Expediting development
The FDA’s Breakthrough Therapy process is intended to expedite the development and review of promising drug candidates intended for serious or life-threatening conditions. Designation is based upon preliminary clinical evidence of the potential for substantial improvement over existing therapies on one or more clinically significant endpoints.

“The addition of tucatinib to the commonly used combination of trastuzumab and capecitabine demonstrated superior activity compared to trastuzumab and capecitabine alone in patients with unresectable locally advanced or metastatic HER2-positive breast cancer, including those with and without brain metastases,” said Roger Dansey, M.D., Chief Medical Officer at Seattle Genetics.

“The [FDA’s] decision to grant Breakthrough Therapy designation to tucatinib recognizes the urgent need for new medicines that can impact the lives of those with HER2-positive metastatic breast cancer. We intend to submit a New Drug Application to the FDA and an MAA to the EMA by the first quarter 2020, with the goal of making tucatinib available to patients in this setting as soon as possible.” Dansey concluded.

A spokesperson of Seattle Genetics confirmed that a New Drug Application (NDA) submission for tucatinib to U.S. Food and Drug Administration can be expected by First Quarter of 2020.

Background
HER2Centrlity, The Inside Story [Online]

Clinical trials
A Study of Tucatinib vs. Placebo in Combination With Capecitabine & Trastuzumab in Patients With Advanced HER2+ Breast Cancer (HER2CLIMB) – NCT02614794