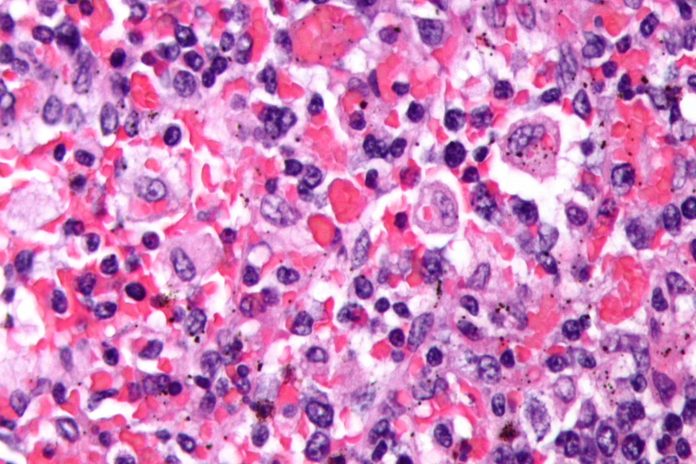 The U.S. Food and Drug Administration (FDA) has approved emapalumab-lzsg (Gamifant?? previously known as NI-0501) a novel fully human interferon gamma (IFN?)?blocking antibody developed by Swiss- biotech company Novimmune. The drug, which binds to and neutralizes IFNy, is distributed by Swedish Orphan Biovitrum (Sobi) which acquired the global rights to emapalumab-lzsg from Novimmune through an exclusive licensing agreement announced in July 2018.

Emapalumab-lzsg is indicated for the treatment of pediatric and adult patients with primary hemophagocytic lymphohistiocytosis (HLH) who have refractory, recurrent or progressive disease or intolerance with conventional therapy.This is the first approval by the FDA for a drug designed to specifically treat pediatric patients with the disease.

“Primary HLH is a rare and life-threatening condition typically affecting children and this approval fills an unmet medical need for these patients,” said Richard Pazdur, M.D., director of the FDA’s Oncology Center of Excellence and acting director of the Office of Hematology and Oncology Products in the FDA’s Center for Drug Evaluation and Research.

“We are committed to continuing to expedite the development and review of therapies that offer meaningful treatment options for patients with rare conditions,” Pazdur added

Immune system
HLH is a very rare disease in which the body’s immune cells do not work properly. It is estimated that fewer than 100 cases of primary HLH are diagnosed each year in the U.S. But although hemophagocytic lymphohistiocytosis is a relatively uncommon hematologic disorder, it’s is a life-threatening disease of severe hyperinflammation caused by uncontrolled proliferation of activated lymphocytes but morphologically benign lymphocytes and macrophages. These overactive cells releasing high amounts of inflammatory cytokines, leading to inflammation. This is when the immune cells start to damage the body’s own organs, including the liver, brain and bone marrow.

The disease can be inherited, which is known as primary or “familial” HLH. This form of the disease is caused by loss of function, as a result of inactivating mutations, in genes used by T and/or NK cells* to kill targeted cells such as those infected with pathogens such as the Epstein-Barr virus (EBV).**

Hemophagocytic lymphohistiocytosis can also have non-inherited causes. This form of the disease is caused by malignant and non-malignant diseases that weaken the immune system’s ability to attack EBV-infected cells. People with primary HLH usually develop symptoms within the first months or years of life. Symptoms may include fever, enlarged liver or spleen and decreased number of blood cells.

The disease is classified as one of the cytokine storm syndromes, which is a form of a systemic inflammatory response that arises as a complication of some diseases or infections.

Challenging Diagnosis
Diagnosis is challenging due to the variability in signs and symptoms, which may include fevers, swelling of the liver and spleen, severe low red and white blood cell counts, bleeding disorders, infections, neurological symptoms, organ dysfunction and organ failure.

Primary HLH usually begins to show symptoms within the first year of life and can rapidly become lethal if left untreated, with median survival of less than two months.

The immediate goal of treatment is to bring the hyperinflammatory emergency under control and to prepare for hematopoietic stem cell transplant, which is the only cure. The current conventional induction therapies used prior to transplant include steroids and chemotherapy, which are not specifically approved to treat HLH.

A new approach
?HLH is a disorder of immune regulation in which many cytokines are deranged, but interferon gamma appears to play a critical role. While we have long understood the pivotal role of this cytokine in HLH, until emapalumab-lzsg’s approval we did not have a medicine that could specifically hit this target,? noted Michael Jordan, MD, a physician-scientist in the division of Bone Marrow Transplantation and Immune Deficiency at Cincinnati Children’s Hospital Medical Center HLH Center of Excellence, and Primary Investigator in the emapalumab-lzsg clinical trials.

“We are excited that this drug will be available to patients diagnosed with this rare, life-threatening disease, and we are optimistic that this approval will help to increase awareness and improve diagnosis, ultimately giving more patients a chance,” noted Jeff Toughill, President of the Histiocytosis Association.

Regulatory review
The FDA approval is based on data from the pivotal Phase II/III study which enrolled 34 pediatric patients with primary HLH. In this trial, researchers studied the efficacy of emapalumab-lzsga in a cohort of 27 pediatric patients with suspected or confirmed primary HLH with either refractory, recurrent or progressive disease during conventional HLH therapy or who were intolerant of conventional HLH therapy, meaning that the participating patients had not responded, not achieved a satisfactory response, not maintained a satisfactory response, or not been able to tolerate conventional therapy.

In the trial, emapalumab-lzsg was administered concomitantly with dexamethasone, which could be tapered during the study. The primary endpoint was achieved, with 63% of patients (p=0.013) demonstrating an overall response at the end of treatment, defined as achievement of either a complete or partial response, or HLH improvement. In addition, 70% of patients proceeded to hematopoietic stem cell transplant (HSCT). Of the 27 refractory patients treated in the study, 82% had a genetically confirmed primary HLH diagnosis. The median age of the patients in the trial was 1 year old.[1][2]

Adverse events
The most common side effects reported during the study included infections (56%), hypertension (41%), infusion-related reactions (27%), low potassium and fever (24%). According to the latest prescribing information, the FDA states that patients receiving emapalumab-lzsg should not receive any live vaccines and should be tested for latent tuberculosis. Patients should also be closely monitored and treated promptly for infections while receiving emapalumab-lzsg. [1]

Approval
Based on the results of the clinical data, the FDA granted this application Priority Review and Breakthrough Therapy designation. Emapalumab-lzsg also received Orphan Drug designation, which provides incentives to assist and encourage the development of drugs for rare diseases. The drug is expected to be available for administration in treatment centers across the U.S. in the first quarter of 2019.

In Europe, emapalumab-lzsg was accepted for review by the European Medicines Agency (EMA) in August 2018 and has been granted orphan designation and PRIority MEdicine (PRIME) status by the EMA.

During the upcoming 60th annual meeting of the American Society of Hematology (ASH), to be held December 1 – 4, 2018 in San Diego, CA, two presentations will detail the results of clinical trials with emapalumab-lzsg. [3][4]

*Natural Killer Cells, a type of lymphocyte and a component of innate immune system playing a major role in the host-rejection of both tumors and virally infected cells.

**Epstein-Barr virus (EBV), also called human herpesvirus 4 (HHV-4), is one of eight known human herpesvirus types in the herpes family, and is one of the most common viruses in humans. About 200,000 cancer cases per year are thought to be attributable to EBV.