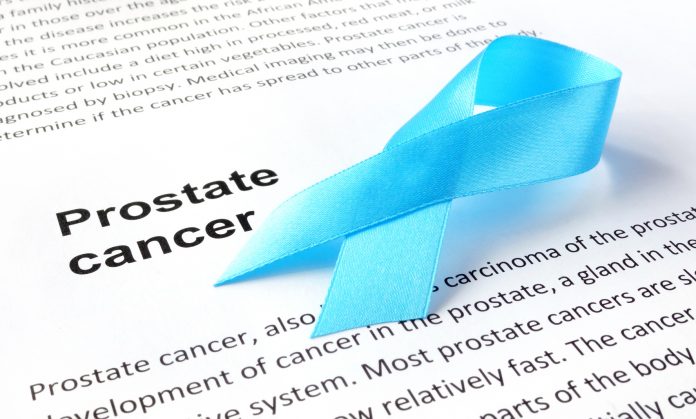 Castration-resistant prostate cancer (CRPC) refers to the subset of men whose prostate cancer progresses despite castration levels of testosterone.[5] Non-metastatic CRPC means there is no clinically detectable evidence of the cancer spreading to other parts of the body (metastases), and there is a rising prostate-specific antigen (PSA) level.[6] Many men with non-metastatic CRPC and a rapidly rising PSA level go on to develop metastatic CRPC.[7]

Reducing risk
The study results show that enzalutamide (Xtandi?; Astellas Pharma US), an androgen receptor inhibitor indicated for the treatment of patients with metastatic castration-resistant prostate cancer, plus androgen deprivation therapy (ADT) significantly reduced the risk of developing metastases or death by 71% compared to ADT alone. The median for the primary endpoint, metastasis-free survival (MFS), was 36.6 months for men who received enzalutamide compared to 14.7 months with ADT alone (n=1401; HR=0.29 [95% CI: 0.24-0.35]; p<0.0001). These data will be presented

Based on the results of the PROSPER-study, marketing applications have been submitted to the U.S. Food and Drug Administration (FDA) and the European Medicines Agency (EMA).

The FDA and EMA each have a filing review period during which they evaluate whether an application is complete and acceptable for filing. The data are also being submitted to additional regulatory authorities around the world.

The PROSPER trial enrolled patients with prostate cancer that had progressed, based on a rising prostate-specific antigen (PSA) level despite androgen deprivation therapy (ADT), but who had no symptoms and no prior or present evidence of metastatic disease. The trial evaluated enzalutamide at a dose of 160 mg taken orally once daily plus ADT, versus placebo plus ADT.

The primary endpoint of the PROSPER trial, metastasis-free survival (MFS), is a measure of the amount of time that passes until a cancer can be radiographically detected as having metastasized, or until death, within 112 days of treatment discontinuation. Secondary endpoints included time to PSA progression, time to first use of antineoplastic therapy and overall survival.

?In patients with non-metastatic CRPC, there is a high unmet need to delay development of metastases and the progression to advanced prostate cancer. There are currently no approved systemic therapies for patients with non-metastatic CRPC in the U.S.,? said Maha Hussain, M.D., Robert H. Lurie Comprehensive Cancer Center of Northwestern University, who will present the data.

?In the PROSPER trial, treatment with enzalutamide plus ADT delayed the development of metastases compared to standard of care ADT alone and, if approved, may provide men with non-metastatic CRPC an important new treatment option,? Hussain added.

The percentage of patients in whom adverse events were the primary reason leading to treatment discontinuation was low in both study arms (9% with enzalutamide plus ADT versus 6% with ADT alone).

Collaboration
In October 2009, Medivation, which is now part of Pfizer, and Astellas entered into a global agreement to jointly develop and commercialize enzalutamide. Today the companies are collaborating on a comprehensive development program that includes studies to develop enzalutamide across the full spectrum of advanced prostate cancer as well as other cancers.