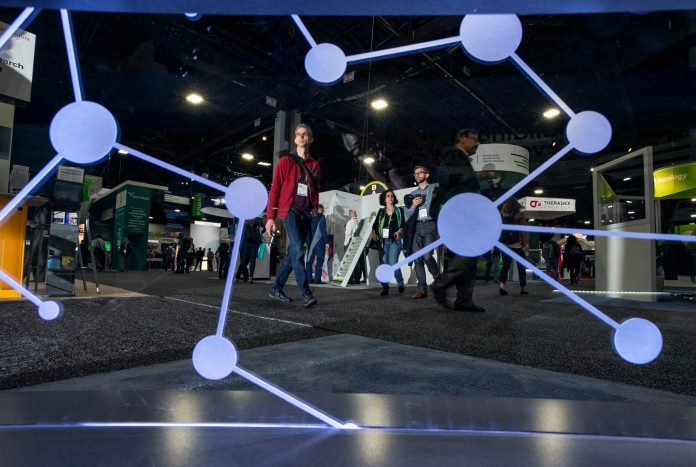 Participating patients who received a combination of durvalumab + olaparib + paclitaxel (Taxol®; Bristol-Myers Squibb), known as DOP followed by doxorubicin + cyclophosphamide (AC), achieved complete eradication of their cancer from the breast and axillary lymph nodes at the time of surgery (i.e pathologic complete response) at a greater rate than patients treated with chemotherapy alone (37% versus 20%).

Graduation
The I-SPY 2 TRIAL (Investigation of Serial Studies to Predict Your Therapeutic Response with Imaging And Molecular Analysis 2) is squarely focused on early-stage breast cancers that have a high risk of recurrence.

The adaptive-trial design is based on Bayesian predictive probability that a biological regimen will be shown to be statistically superior to standard therapy in an equally randomized 300-patient confirmatory trial. Regimens that have a high Bayesian predictive probability of showing superiority in at least one of 10 predefined signatures graduate from the trial. Regimens are dropped for futility if they show a low predictive probability of showing superiority over standard therapy in all 10 signatures. A maximum total of 120 patients can be assigned to each experimental regimen. A regimen can graduate early and at any time after having 60 patients assigned to it.

The degree of response observed in this arm of the trial met the threshold for graduation, meaning that there is a greater than 85% predicted probability of success if this combination was tested against standard chemotherapy in a phase III trial of 300 neoadjuvant patients.

I-SPY TRIALs are sponsored by Quantum Leap Healthcare Collaborative (QLHC), a 501c(3) charitable organization dedicated to facilitating and accelerating the development and transfer of high-impact solutions to advance healthcare and evidence-based medicine.

Trial design
The I-SPY2 trial evaluates drugs or combination of drugs in parallel with the goal of determining which drugs work best in various types of breast cancer. Patients participating are given chemotherapy before surgery so that response to treatment can be assessed. The primary endpoint of the study is pathologic complete response (pCR).

Patients who participated in this study had tumors ≥ 2.5 cm, were HER2-negative, and if the cancer was hormone receptor-positive (HR+) had to be classified as MammaPrint high-risk status. Lead investigator of the study arm, Lajos Pusztai, M.D., DPhil, Professor of Medicine and Director of Breast Cancer Translational Research at Yale Cancer Center, presented the efficacy and biomarker results which showed the predicted probability of pCR for the overall HER2-negative group, (22% vs 37%) and by subtypes, in HER2-negative/ER-positive (14% vs 28%) and triple-negative (TNBC) (27% vs 47%) breast cancer subtypes.

The investigators also evaluated proposed potential markers that could identify the subgroup of patients who selectively benefited from the inclusion of immune-enhancing agents such as durvalumab and DNA damage response targeting agents such as olaparib.

Among the HR+/HER2- cohort, the MammaPrint ultra-high group was the primary beneficiary of the combined therapy (pCR rates 64% with the combination versus 22% with chemotherapy alone).

Specific gene expression signatures thought to be associated with response were prospectively identified and the following were found to be associated with higher pCR in the experimental arm among TNBC: low CD3/CD8 ratio; high Macrophage/T cell-MHC class II ratio, and high proliferation. The safety signals were not unexpected. Adverse events were consistent with known side effects of these drugs. Overall 11% of patients in durvalumab + olaparib arm experienced immune-related grade 3 adverse events vs 1.3% in the control arm.

“These results provide further evidence for the clinical value of immunotherapy in early-stage breast cancer and suggest new avenues for how to exploit these drugs in HR+ breast cancers,” noted Pusztai who is the chaperone for this arm in the I-SPY 2 TRIAL

“There is a consistent signal of improved response from immuno-oncology and DNA damage response targeted agents in the adaptive I-SPY 2 platform trial as well as other trials, which gives us confidence that these types of agents will have a place in improving outcomes for women with highest risk early breast cancer,” concluded Laura Esserman, M.D., M.B.A, a surgeon and breast cancer oncology specialist practicing at the University of California San Francisco, (UCSF) Carol Franc Buck Breast Care Center an I-SPY 2 principal investigator of the I-SPY2 trial.

The AACR selected these findings from the I-SPY2 trial as newsworthy and highlighted them during an AACR webcast with the meeting program chair Antoni Ribas M.D., Ph.D, Professor of Medicine, Professor of Surgery, and Professor of Molecular and Medical Pharmacology at the University of California Los Angles and the 2020 AACR President Elaine Mardis, Ph.D, who is also co-Executive Director of the Institute for Genomic Medicine at Nationwide Children’s Hospital and the Nationwide Foundation Endowed Chair in Genomic Medicine.