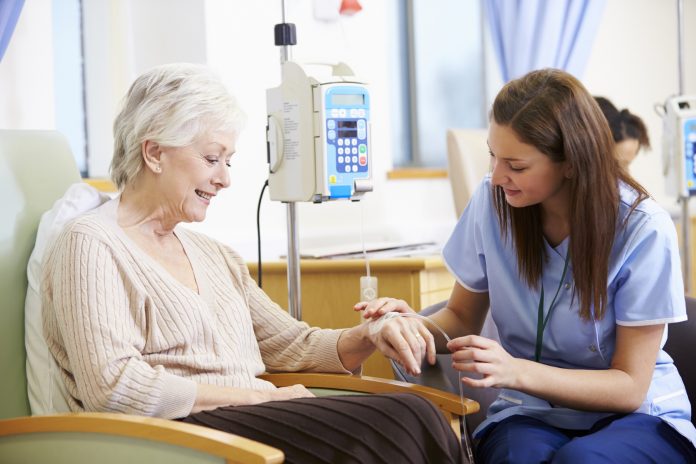 A combination of pembrolizumab* (Keytruda?; Merck Oncology | Merck Sharp & Dohme Corp., a subsidiary of Merck & Co.) and trastuzumab (Herceptin?; Genentech/Roche) tested in patients with trastuzumab-resistant advanced HER2-positive breast cancer, was well tolerated and had clinical benefit in patients whose tumors were positive for a biomarker for pembrolizumab, according to data presented from the phase Ib/II PANACEA trial (NCT02129556) at the 2017 San Antonio Breast Cancer Symposium (SABCS), held December 5 ? 9, 2017 in San Antonio, Texas (USA). [1]

The study was sponsored and managed by the International Breast Cancer Study Group, in collaboration with the Breast International Group, and funded by a subsidiary of Merck & Co.

Pembrolizumab is a potent and highly-selective humanized mAb of the IgG4/kappa isotype designed to directly block the interaction between PD-1 and its ligands, PD-L1 and PD-L2. The drug strongly enhances T lymphocyte immune responses in cultured blood cells from healthy human donors, cancer patients, and primates and also modulates the level of interleukin-2 (IL-2), tumor necrosis factor alpha (TNF?), interferon gamma (IFN?), and other cytokines.

It is estimated that approximately 20% of invasive breast cancers are HER2-positive, and some of these patients develop resistance to trastuzumab, a HER2-specific monoclonal antibody utilized for treatment of the disease.

Loi and colleagues hypothesized that immunotherapy may help to overcome trastuzumab resistance in this subset of breast cancers.

?We believe that immune evasion is a part of the biological resistance to trastuzumab in patients with this disease,? commented Loi.

?Prior studies from our group have shown that antitumor immunity is important for improved outcomes in patients with advanced HER2-positive breast cancer.?

In this phase Ib/II clinical trial, Loi and colleagues enrolled 58 patients with advanced breast cancer that had progressed on prior trastuzumab-based therapies.

Tumors were assessed centrally for HER2 positivity and PDL1 status, and for quantity of tumor-infiltrating lymphocytes (TILs). The Phase Ib portion of the trial was a dose-escalation study of pembrolizumab, an anti-PD1 therapy that targets the T-cell checkpoint protein PD1, in conjunction with the standard dose of trastuzumab. No dose-limiting toxicities (DLTs) were observed.

In phase II, the investigators enrolled 40 patients and 12 patients to the PDL1-positive and PDL1-negative cohorts, respectively. Patients received 200mg of pembrolizumab every three weeks in combination with the standard dose of trastuzumab for 24 months or until disease progression.

In the PDL1-positive intent-to-treat population, the trial met its primary endpoint with an objective response rate (ORR) of 15% and disease control rate (DCR) of 25%. In a subgroup of PDL1-positive patients with 5% or more TILs present in the metastatic lesion, the ORR was 39% and the DCR was 47%, suggesting that quantification of TILs may help identify patients who will most benefit from this treatment.

“No responses were observed in the PD-L1 negative cohort. Five (10.8%) patients in the PDL1-positive cohort continued to have no disease progression at the time of reporting,” Loi noted.

“Pembrolizumab with trastuzumab was well tolerated, with grade 1-2 fatigue as the most commonly reported adverse event (21%). Four immune-related adverse events were reported, two of which were in one patient and were completely resolved; the patient remains in remission two years after treatment,” Loi explained.

?This proof-of-principle study suggests that immune evasion is a mechanism of resistance to trastuzumab and contributes to disease progression in advanced HER2-positive breast cancer,? Loi added.

?Our results suggest that PD1 inhibition is likely to become part of the treatment armamentarium of HER2-positive disease in the future,? she concluded.