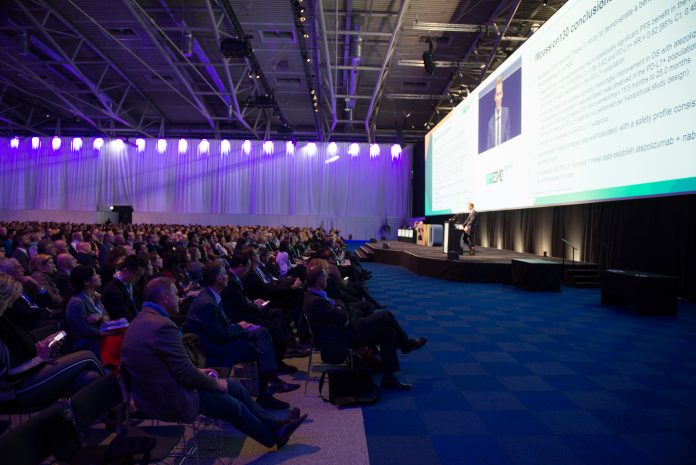 The incidence of throat cancer is rapidly becoming more common in Western countries. For example in the United Kingdom, incidence was unchanged in 1970 to 1995, then doubled in 1996 to 2006, and doubled again in 2006 to 2010.

The rise of this type of cancer has been attributed to HPV, a sexually transmitted infection. Most throat cancer was previously caused by smoking and alcohol and affected 65?70 year-old working class men. The disease is a distinct disease entity, affecting, on average, younger people. Today most patients are around 55, middle class, working, and have young children.

Although HPV-positive throat cancer responds well to a combination of cisplatin + radiotherapy, the current standard of care causes significant toxicity which may result in lifelong side effects including dry mouth, difficulty swallowing, and loss of taste.

Patients deemed unable to tolerate chemotherapy, for example because of poor kidney function or older age, receive cetuximab, an epidermal growth factor receptor (EGFR) inhibitor, and radiotherapy. The same treatment option has been proposed for treatment de-escalation designed to reduce the toxicity of standard treatment.

Benefits
The benefits of this change were reported as part of late-breaking research at the annual congress of the European Society for Medical Oncology – ESMO 2018, held in Munich, Germany, suggests that patients with human papilloma virus (HPV)-positive throat cancer should receive chemoradiotherapy rather than cetuximab with radiotherapy.

The data was presented today during the ESMO 2018 Presidential Symposium.

?Many patients have been receiving cetuximab with radiotherapy on the assumption that it was as effective as chemotherapy with radiotherapy and caused less side effects but there has been no head-to-head comparison of the two treatments,? noted study author Prof Hisham Mehanna, MBChB, PhD, Chair, Head and Neck Surgery, Institute of Cancer and Genomic Sciences, University of Birmingham, United Kingdom.

This study compared side effects and survival with the two treatments in 334 patients with HPV-positive throat cancer enrolled from 32 centers in the United Kingdom, Ireland, and The Netherlands. Patients were randomly allocated to radiotherapy and either cisplatin or cetuximab. Eight in ten patients were male and the average age was 57 years.

There were no differences between groups in the overall number of side effects, or of acute or late severe (grade 3?5) toxic events including dry mouth and difficulty swallowing. There were significantly more serious adverse events such as renal and haematological problems with cisplatin than with cetuximab.

?Cetuximab did not cause less toxicity and resulted in worse overall survival and more cancer recurrence than cisplatin. This was a surprise ? we thought it would lead to the same survival rates but better toxicity. Patients with throat cancer who are HPV positive should be given cisplatin, and not cetuximab, where possible,? Mehanna said.

A good option
?It was believed that cetuximab causes less side effects and was therefore a good option for HPV-positive throat cancer patients who are young and expected to survive for several decades, as well as those less able to tolerate chemotherapy. This study shows that the best treatment choice for patients with HPV-positive throat cancer is cisplatin and radiotherapy,” said Dr Branislav Bystricky, Head, Medical and Radiation Oncology Department, University Hospital Tren??n, Slovakia, commenting on the study for ESMO.

“This combination gives ?double? the benefit since it is more effective in terms of survival and does not worsen all grade toxicity compared to cetuximab with radiotherapy,? Bystricky added.

Bystricky also noted that the results were in agreement with interim findings of the US National Cancer Institute?s RTOG 1016 trial, which is scheduled to report this month. [2]

?We now have two studies showing that these patients should not be given cetuximab. Future research should examine whether genotyping for the KRAS-variant can select a group of patients that will benefit from cetuximab treatment with radiotherapy,? he concluded.

References
[1] Abstract LBA9_PR ?Cetuximab versus cisplatin in patients with HPV-positive, low risk oropharyngeal cancer, receiving radical radiotherapy? will be presented by Hisham Mehanna during the Presidential Symposium 3 on Monday, 22 October, 16:30 to 18:00 (CEST) in Room 18 – Hall A2. Annals of Oncology, Volume 29 Supplement 8 October 2018
[2] Full results presented at the plenary session at the American Society for Radiation Oncology (ASTRO) annual meeting on 22 October