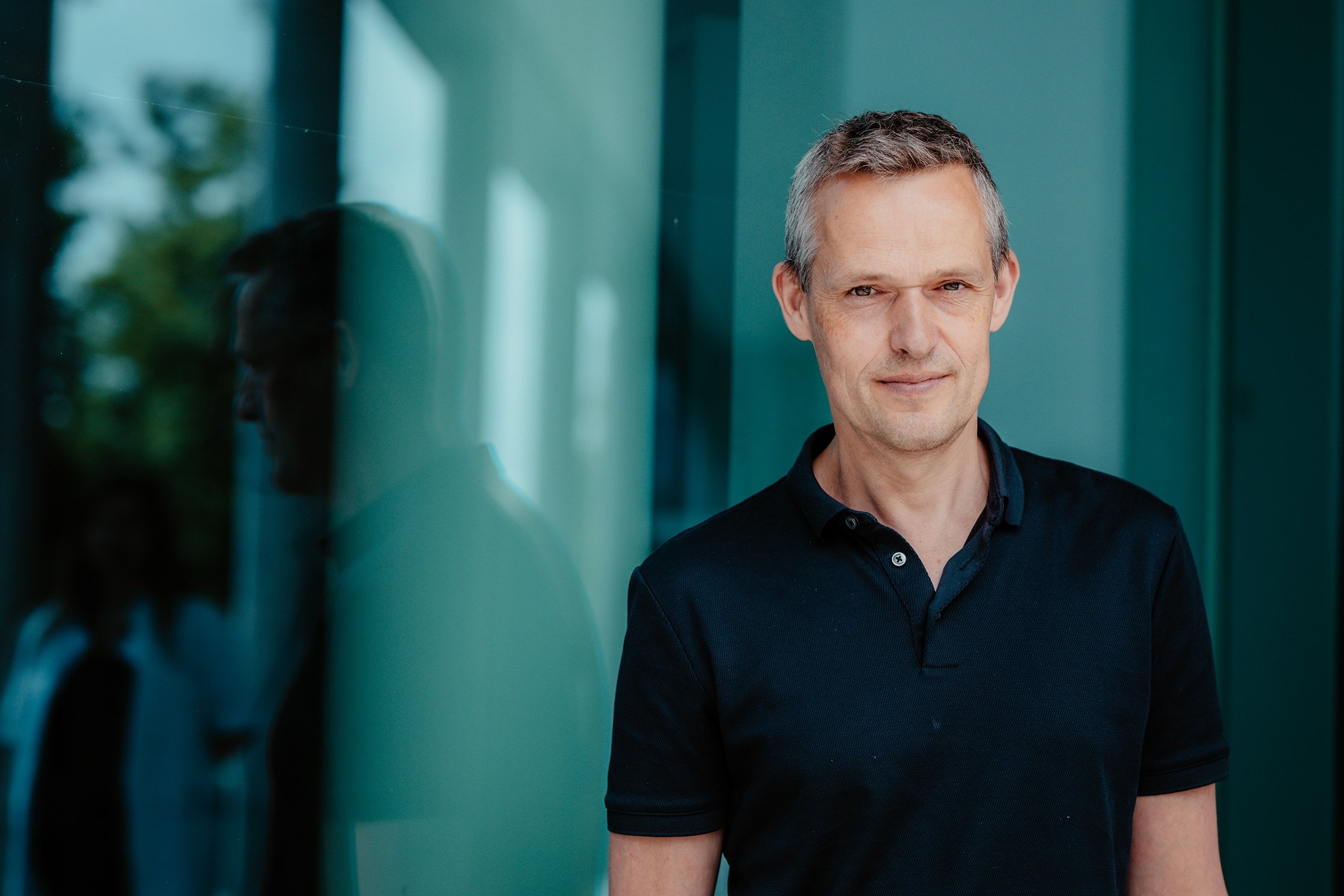 The gold standard to estimate the occurrence of adverse events of a drug is a clinical trial. However, in a real-life practice with patients using a variety of drugs for the treatment of comorbidities, a clinical trial may not always provide accurate, treatment-related data.

Preliminary data from an artificial intelligence (AI-) model could potentially predict side effects resulting from new combination therapies, according to results of a study funded by the Brain Tumour Charity, Innovation Exchange Amsterdam, and Health~Holland, and presented at the American Association for Cancer Research, held April 8-13, 2022 in New Orleans, LA. [1]

“Clinicians are challenged by the real-world problem that new combination therapies could lead to unpredictable outcomes,” said Bart Westerman, Ph.D., senior author of the study and an associate professor at Amsterdam Universitair Medisch Centrum’s (UMC) Cancer Center in Amsterdam, The Netherlands.


“Our approach can help us understand the relationship between the effects of different drugs in relation to the disease context.”

“Patients seeking treatment commonly use four to six medicines daily, making it difficult to decide whether a new combination therapy would risk their health,” Westerman said. “It can be hard to assess whether the positive effect of a combination therapy will justify its negative side effects for a certain patient.”

Westerman and colleagues—including graduate student Aslı Küçükosmanoğlu, who presented the study—sought to use machine learning to better predict the adverse events resulting from new drug combinations.

Adverse Event Reporting System
They collected data from the U.S. Food and Drug Administrations’s (FDA) Adverse Event Reporting System (FAERS), a database containing over 15 million records of adverse events. The database was designed to help the general public to search for information related to human adverse events reported to the FDA by the pharmaceutical industry, healthcare providers, and consumers.

Using a method called dimensional reduction, they grouped together events that frequently co-occur in order to simplify the analysis and strengthen the associations between a drug and its side-effect profile.

Westerman and his team then fed the data into a convolutional neural network algorithm, a type of machine learning that mimics the way human brains make associations between data. Adverse events for individual therapies were then used to train the algorithm, which identified common patterns between drugs and their side effects. The recognized patterns were encoded into a so-called “latent space” that simplifies calculations by representing each adverse event profile as a string of 225 numbers between 0 and 1, which can be decoded back to the original profile. 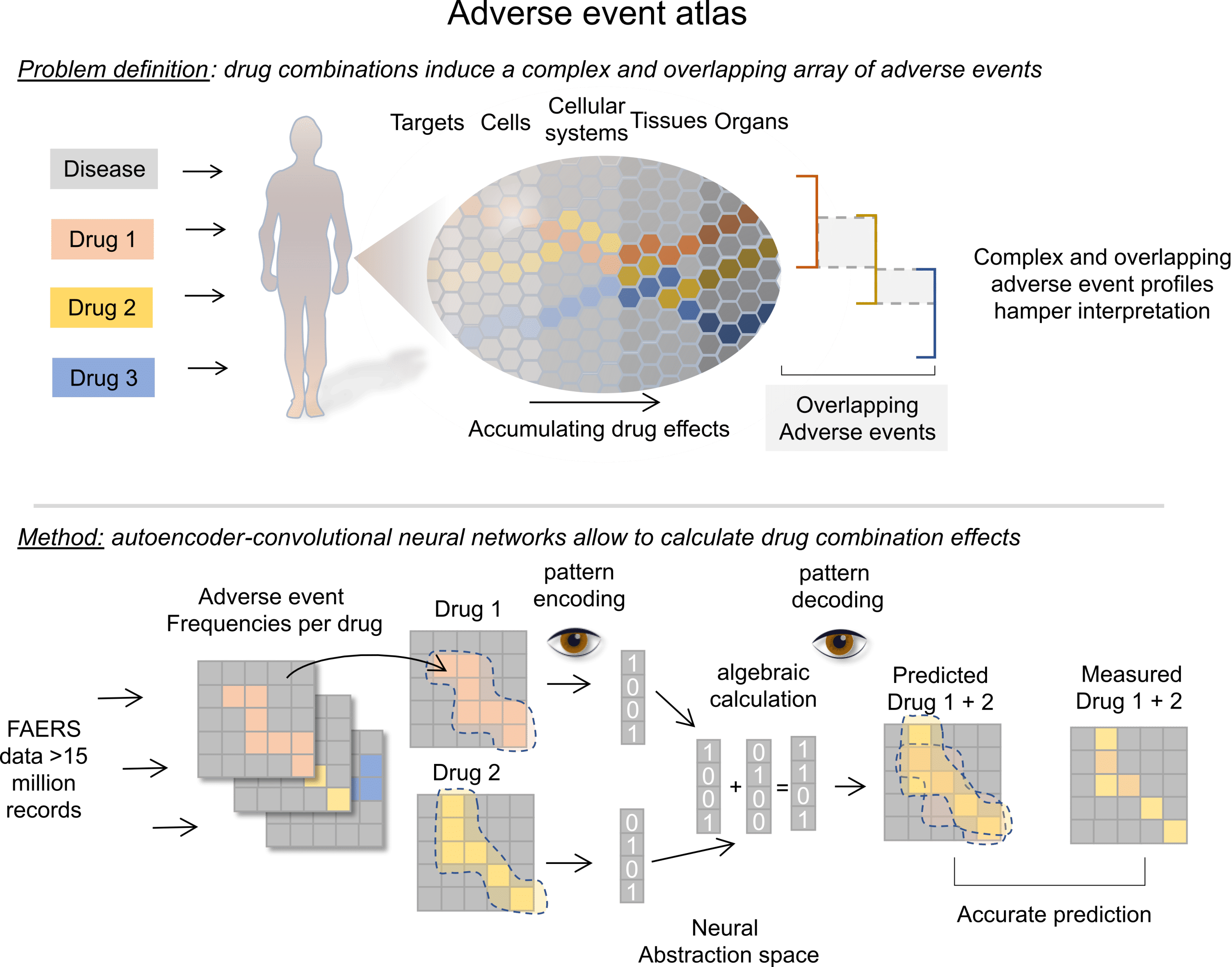 To test their model, the Dutch researchers provided unseen adverse event profiles of combination therapies to their model, called the “adverse events atlas,” to see whether it could recognize these new profiles and properly decode them using the latent space descriptors.

The results showed that the model could recognize these new patterns, demonstrating that measured combined profiles could be converted back into those of each drug in the combination therapy.

This, Westerman explained, demonstrated that the adverse effects of combination therapy could be easily predicted.

“We were able to determine the sum of individual therapy effects through simple algebraic calculation of the latent space descriptors,” Westerman explained.

“Since this approach reduces noise in the data because the algorithm is trained to recognize global patterns, it can accurately capture the side effects of combination therapies,” he added.

Clinical Observation
Westerman and colleagues further validated their model by comparing the predicted adverse event profiles of combination therapies to those observed in the clinic. Using data from FAERS and the U.S. clinical trials database, the researchers showed that the model could accurately recapitulate adverse event profiles for certain commonly used combination therapies.

One complicating factor of combination therapies is the new, potentially unforeseen side effects that may arise when drugs are combined. Using additive patterns as identified by the model, the researchers were able to differentiate additive side effects from synergistic side effects of drug combinations. This, Westerman said, may help them better understand what could happen when complex adverse event profiles intertwine.

The researchers are developing a statistical approach to quantify the accuracy of their model.

“Given that the landscape of drug interactions is highly complex and involves many molecular, macromolecular, cellular, and organ processes, it is unlikely that our approach will lead to black-and-white decisions,” Westerman said.

“The adverse events atlas is still in the proof-of-concept phase, but the most important finding is that we were able to get snapshots of the interplay of drugs, diseases, and the human body as described by millions of patients.”

Study limitation
The researchers note that limitations of this study include potential difficulties in comparing data with more sparse data, as well as the limited application of the model to clinical practice until further validation is provided.