Home Editorials and Commentaries Are Cytology and Imaging Adequate for the Diagnostic Management of Brain Metastasis? 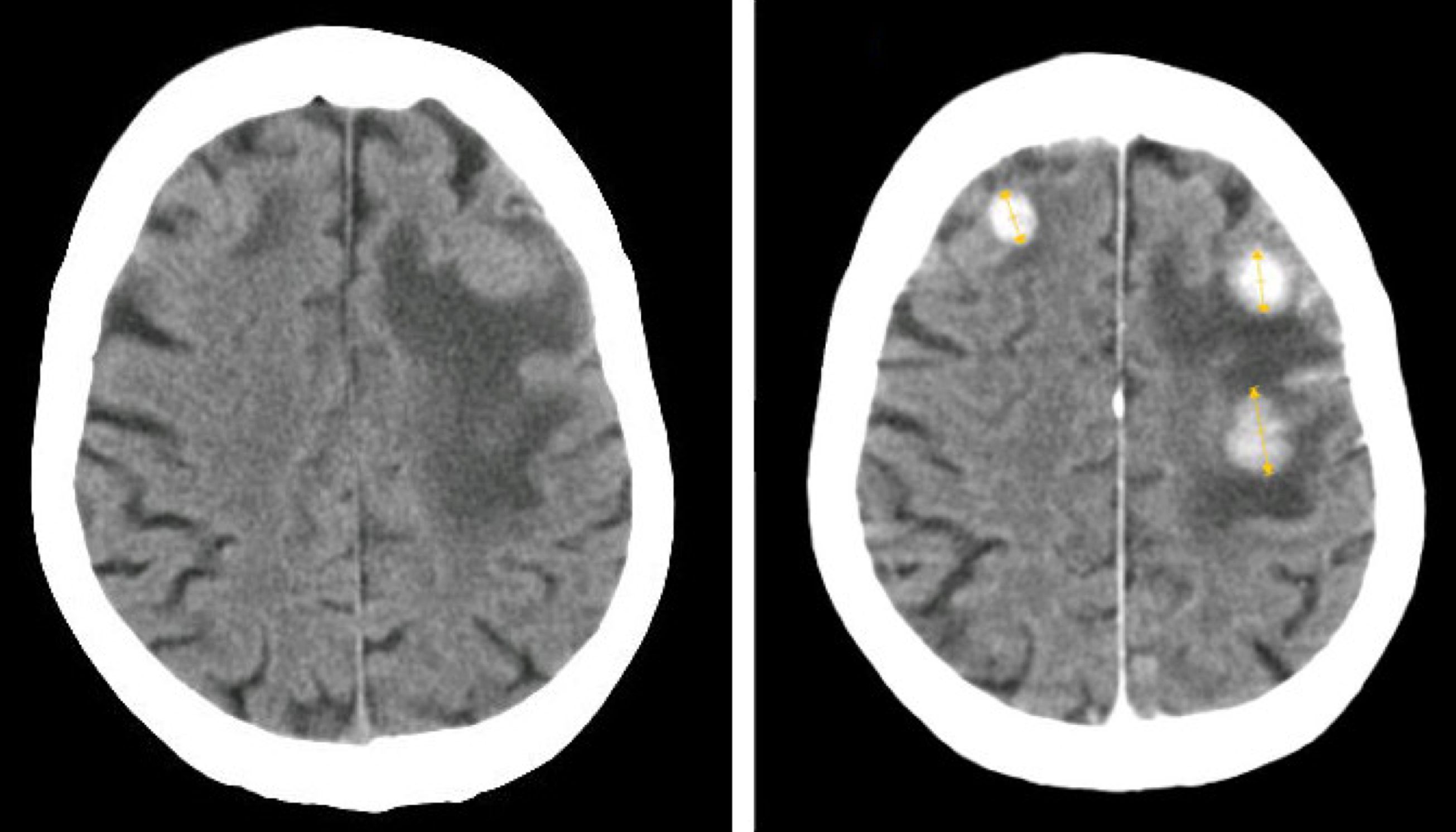 Between 10% and 30% of cancer patients, and a much higher percentage of late-stage cancer patients who die of their disease will develop brain or spinal cord metastasis.[1][2] This is typically a very poor prognostic feature of the disease, which is associated with rapid progression and short survival.

Newer therapies that target specific molecular alterations and agents that can more easily cross the blood-brain barrier offer significant hope of improved survival for these patients, particularly in lung and breast cancer and melanoma. More sophisticated molecular testing also is being used by neuro-oncologists to better identify metastatic cancers involving the central nervous system (CNS) and potential treatment targets. However, patients are typically referred to neuro-oncologists in the very late stages of their disease—or not at all—leaving limited opportunity to leverage these new options for the benefit of patients.

Insidious Disease
Patients who have been previously treated for lung cancer, breast cancer, or melanoma may have systemic control of their disease yet ominously present with vague or non-localized neurologic symptoms or radiologic features of suspected CNS involvement as the sole remaining evidence of cancer. When this involvement is under the membranous outer lining of the brain or spinal cord it is called leptomeningeal disease (LMD), or sometimes leptomeningeal carcinomatosis (LC).

Leptomeningeal disease is a particularly insidious and ominous presentation with median survival of about three months if untreated.[3] However, clinical studies that used intrathecal therapies against HER2 in metastatic breast cancer or other therapies that cross the blood-brain barrier can show median survival approaching one year—and many cases of patients who survive even longer.[4]

Limitations of Current Standard of Care
The current standard of care for diagnosis of suspected metastatic involvement of the CNS includes clinical evaluation, radiologic imaging—typically brain and spinal cord MRI—and microscopic examination of cells from the cerebrospinal fluid (CSF cytology) obtained by a lumbar puncture, or spinal tap procedure. Tumor cells in CSF are not typically preserved, labeled, or captured in a routine cytology examination. They are simply spun down onto a slide and air-dried, then stained by conventional histochemical stains. The cells are optically examined under the microscope by a cytopathologist but are usually not further evaluated for molecular alterations that confirm the presence of tumors or specific targetable biomarkers.

New Molecular Testing Option
A novel liquid biopsy assay has been developed and validated in CSF by Biocept based on a proprietary quantitative tumor cell capture method paired with specific molecular assays that evaluate targetable lesions in metastatic lung and breast cancer and melanoma.

Preliminary clinical studies that have evaluated this assay in parallel with CSF cytology show a surprising finding: tumor cells are more readily detected in CSF than in blood using similar cell-capture methods, in part because the CSF has fewer background lymphocytes and also because the tumor cells in CSF do not circulate through the liver or spleen, where tumor cells are commonly removed. For this reason, tumor cell counts in the CSF often reach levels of 100s, 1000s, or even tens of thousands of cells in a 5 mL sample, far exceeding recovery of tumor cells in blood. Similarly, tumor cells found in CSF by this method are typically much more numerous than those found in a CSF cytology sample.

Data presented by Biocept at the World Conference on Lung Cancer, International Association for the Study of Lung Cancer, and Society for Neuro-Oncology in 2020 showed favorable rates of CSF tumor cell recovery in suspected LMD using this new method compared with CSF cytology. In about 80% of the cases with suspected LMD, tumor cells were detected using Biocept’s CSF assay, compared with about 50% of cases examined by cytology.[5][6][7]

Repeated sampling of CSF in patients undergoing treatment has shown remarkable changes in tumor cell counts within a few weeks associated with resolution of neurologic symptoms. These changes have been seen in advance of changes typically observed by radiologic imaging, which may be pursued a month or more after the start of therapy.[8]

Several larger cohort studies are currently being designed that will examine patients longitudinally (registry studies) so that changes observed in cell counts can be associated with corresponding clinical features such as symptoms, imaging changes and cytology, as well as clinical comparisons related to progression as determined by imaging and overall survival.

Timely Referral and Molecular Testing May Provide Options
Neuro-oncologists typically receive patients with suspected CNS involvement as a referral of last resort, when oncologists have expended all options based on the current standard of care. As a result, patients are often hospice-bound with only two or three months to live. The ability to utilize CSF tumor cell count assays, combined with newer therapies that target specific molecular alterations, provides physicians with increased ability to help these patients. However, it is imperative that these new testing and treatment advances are considered as early as possible, as serious complications and disease progression can advance rapidly.

CSF tumor cell count offers an intriguing and novel way to assess patients suspected of having leptomeningeal disease—an insidious form of CNS involvement by metastatic cancer—and inform potential treatment decisions. It also offers the promise of having a quantitative method to assess response to therapy that is more informative than current CSF cytology or imaging for patients who have no time to waste.