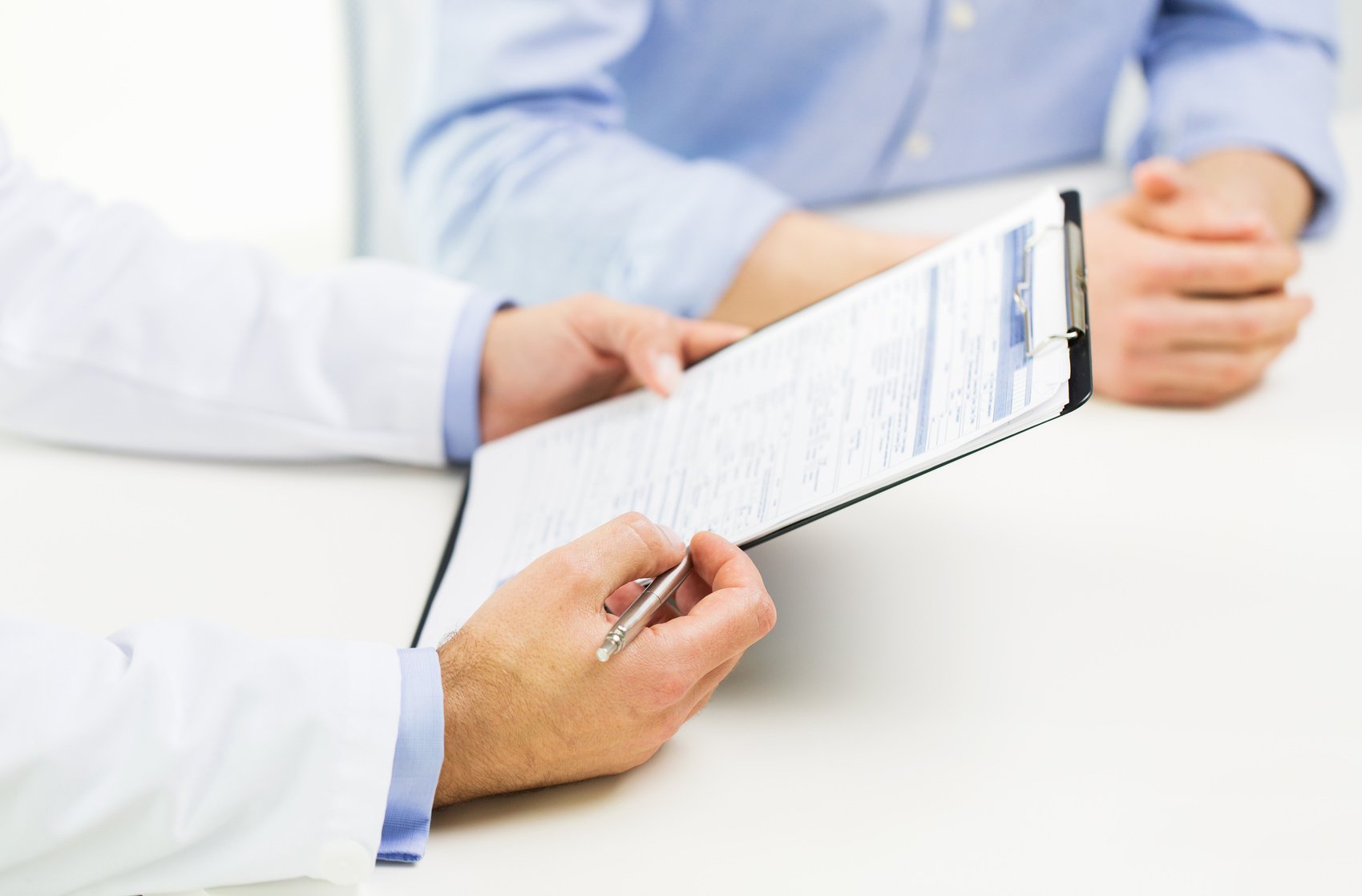 The results from the prespecified final analysis of overall survival (OS), all other secondary endpoints, and long-term safety in the ARAMIS study (NCT02200614) indicate that metastasis-free survival (MFS) and OS were significantly longer with darolutamide (previously known as BAY1841788 and ODM-201; brand name: Nubeqa®; Bayer HealthCare Pharmaceuticals) than with placebo among men with non-metastatic, castration-resistant prostate cancer (CRPC) and a PSA doubling time of 10 months or less.

Darolutamide belongs to a class of androgen receptor (AR) inhibitors. The drug competitively inhibits androgen binding, AR nuclear translocation, and AR-mediated transcription, which reduces the ability of androgens to promote the growth of prostate cancer cells. Darolutamide is approved by the U.S. Food and Drug Administration for the treatment of patients with non-metastatic castration-resistant prostate cancer. 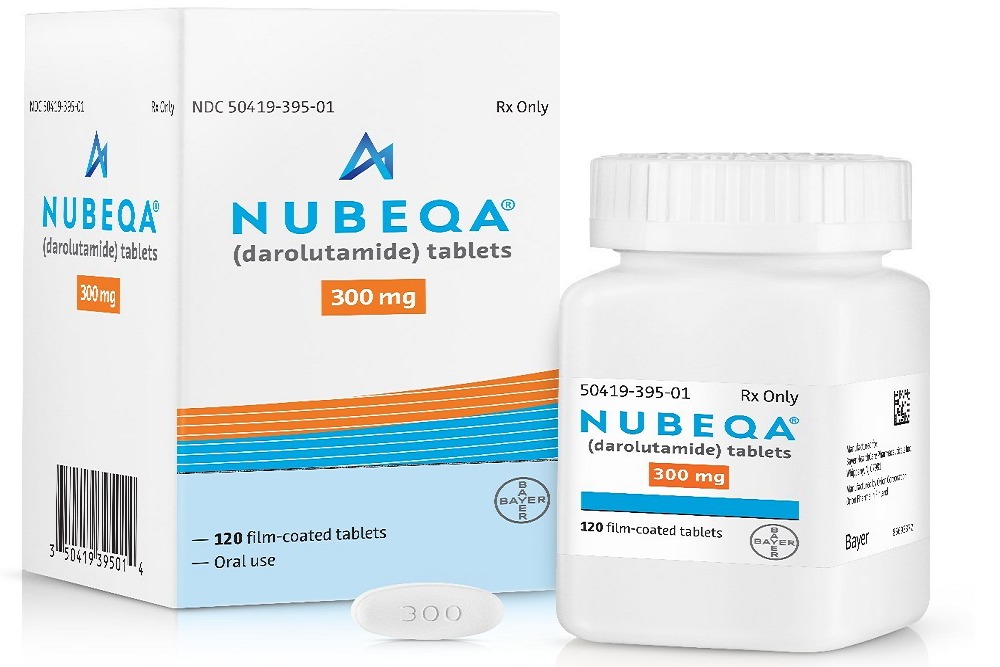 In the ARAMIS study, funded by Bayer HealthCare and Orion Pharma, investigators observed an OS benefit even though more than half the patients in the placebo group received subsequent treatment with darolutamide or another life-prolonging therapy.

The time to the first use of cytotoxic chemotherapy, the time to first symptomatic skeletal event and the time to pain progression was significantly longer with darolutamide than with placebo. The incidence of side effects was similar in the darolutamide group and the placebo group.

The findings are published by Karim Fizazi, M.D., Ph.D., a medical oncologist at Department of Cancer Medicine, Institut Gustave Roussy, and a full professor in Oncology at the University of Paris-Saclay in Villejuif, France, and colleagues on September 10, 2020 in The New England Journal of Medicine.[1]

In the ARAMIS study, the addition of darolutamide to androgen-deprivation therapy (ADT) significantly prolonged median MFS by 22 months. However, at the time of the primary analysis for MFS, the OS data were immature, with the occurrence of only 136 deaths. The final OS analysis was planned to be performed after the occurrence of approximately 240 deaths.

The interim OS analysis favored darolutamide over placebo (hazard ratio [HR] for death 0.71; 95% confidence interval [CI], 0.50 to 0.99; p = 0.045), although the prespecified significance level of 0.0002 was not reached. Darolutamide was not associated with a higher incidence of side effects that are known to be associated with other androgen-receptor inhibitors than placebo. Quality of life was maintained for the duration of treatment.

Study design
In this double-blind, placebo-controlled trial, the study investigators randomly assigned 1509 men, in a 2:1 ratio, 955 to receive a structurally distinct androgen-receptor inhibitor darolutamide or 554 placebo while they continued to receive ADT. After the results of the primary endpoint analysis were found to be positive, unblinding of the treatment assignments occurred, and patients in the placebo group were permitted to crossover to receive open-label darolutamide treatment.

The median follow-up time was 29.0 months. At the time of unblinding of the data, all 170 patients who were still receiving placebo crossed over to receive darolutamide while 137 patients who had discontinued placebo before unblinding had occurred received at least one other life-prolonging therapy.

In their article published on September 10, 2020 in the NEJM, the ARAMIS investigators reported the results from the prespecified final analysis of OS, all other secondary endpoints, and long-term safety in the study.

Darolutamide was also associated with a significant benefit with respect to all other secondary endpoints, including the time to first symptomatic skeletal event and the time to first use of cytotoxic chemotherapy.

Safety profile
The results of the final analysis of the safety profile of darolutamide are consistent with those of the primary analysis reported previously. Fatigue was reported in 13.2% of the patients in the darolutamide group. The incidence of all other side effects that occurred in more than 5% of the patients in either group was generally similar.

The results of the analysis of key side effects that are known to be associated with ADT continued to show small or no differences. After adjustment for treatment exposure, the incidences of most of the side effects, including falls, seizures, hypertension, mental-impairment disorders, and depressed-mood disorders, showed little or no difference between the darolutamide and the placebo group.

The investigators believe that the unique chemical structure of darolutamide, compared to two other androgen receptor inhibitors, apalutamide (Erleada®; Janssen Biotech/Janssen Oncology), and enzalutamide (Xtandi®; Astellas Pharma/Astellas Oncology), may explain the lower incidence of observed side effects, including fewer central nervous system-related side effects. However, the investigators note that this lower incidence of side effects is particularly important for men who do not have symptoms of the disease.

One key difference between darolutamide and other androgen receptor inhibitors is that, based on preclinical studies, the drug does not penetrate the blood-brain barrier, whereas apalutamide and enzalutamide do. This finding was consistent with preclinical rodent studies.

Some of the observed side effects, including fatigue, dizziness, cognitive impairment, and seizures, are likely related to the drug reaching the central nervous system. In the trial, fatigue was the only adverse reaction that occurred in more than 10% of participanting patients in either group.

Study strength
Fizazi and colleagues commented that a major strength of their study is the study’s large size, which enabled a robust statistical analysis, particularly for the reported OS analysis with extended follow-up. However, a limitation is the low numbers of events in the subgroups and the low numbers of patients of particular races or ethnic groups.

Recommended Dosage
The recommended dose of darolutamide is 600 mg (two 300 mg film-coated tablets) taken orally, twice daily, equivalent to a total daily dose of 1200 mg. Patients receiving darolutamide should also receive a gonadotropin-releasing hormone (GnRH) analog concurrently or should have had a bilateral orchiectomy. Patients should be advised to take any missed dose as soon as they remember prior to the next scheduled dose, and not to take two doses together to make up for a missed dose. For more details, download the [Prescribing Information]

Featured Image: Close up of a doctor and patient. Photo courtesy: © 2016 – 2020 Fotolia/Adobe. Used with permission.