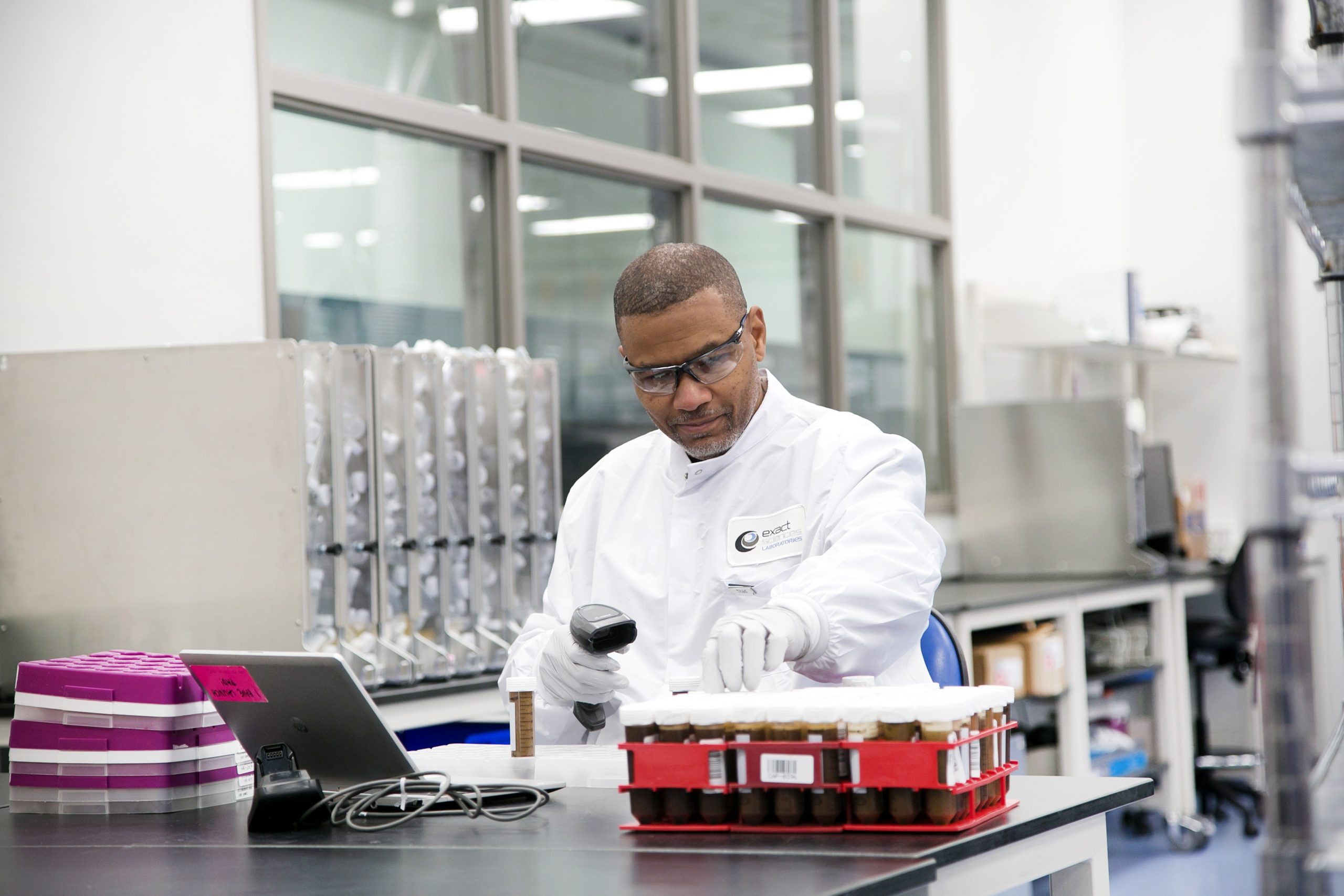 Recently published data in Mayo Clinic Proceedings found that the non-invasive, multitarget stool DNA “at-home” screening test developed by Exact Sciences (Cologuard®; mt-sDNA) is the most cost-effective colorectal cancer (CRC) screening option in the Alaska Native population, as compared to colonoscopy and the fecal immunochemical test (FIT), for a wide range of adherence scenarios. According to the model, Cologuard produced the highest number of Quality-adjusted Life-years (QALYs) gained and the largest reduction in CRC incidence.[1]

Despite a significant unmet need for screening, significant challenges, such as obstacles around getting people from their remote homes to healthcare facilities, which require significant time, expense, and support personnel, and a lower sensitivity for cancer and pre-cancer with other stool-based tests, have limited access to preventative screening for many Alaska Native people.  As a result, Alaska Native people have among the world’s highest reported incidence rates for colorectal cancer. Cologuard has shown to eliminates nearly all these barriers because patients can collect their samples at home.

A Markov model was used to evaluate the effects of the three screening tests over a period of 40 years. The outcomes included the incidence and mortality, costs, QALYs, and incremental cost-effectiveness ratios (ICERs) of colorectal cancer. The study incorporated updated evidence on screening test performance and adherence and was conducted from December 15, 2016, through November 6, 2019.

The second leading cause of cancer death
Colorectal cancer is the second leading cause of cancer death for men and women in the United States, [2] in part because many cancers go undetected until later stages when treatment is less effective. [3] Alaska Native people have among the nation’s highest reported incidence rates for colorectal cancer, at 90.9 per 100,000 people compared to 45.7 per 100,000 people for the entire United States.[4]  Although screening for colorectal cancer saves lives, according to the latest available medical record data (2017), only 59% of Alaska Native people have been adequately screened.

Significant challenges
Despite the clear unmet medical need, screening Alaska Native people presents significant challenges. For example, Alaska Native people have a high prevalence of Helicobacter pylori infection–related gastrointestinal bleeding. [5][6] This, in turn, is associated with higher false-positive rates for guaiac-based fecal occult blood testing.[7] Because of the limitations of guaiac-based fecal occult blood testing, which are limited by poor patient compliance, and low sensitivity, specificity, and positive predictive value, as well as the high rates of precancerous polyps and colorectal cancer, the preferred Alaska Native screening method has been colonoscopy. However, substantial resources, including time, travel expenses, and personnel, are required to administer colonoscopy in a population residing in widely distributed and remote roadless regions.

Another concern is that a colonoscopy is biased toward the detection of distal disease, with less effect on incidence or mortality of proximal colorectal cancer.[8][9][10]

The authors of the article in Mayo Clinic Proceedings note that this is of concern because nearly half of the diagnosed cases of colorectal cancer Alaska Native people occur in the proximal colon. They also noted that there is a well-established wide variation in colonoscopy quality metrics (eg, adenoma detection rates) across endoscopists. The authors note that this operator-dependent quality variation, which has measurable effects on screening outcomes, has not been factored into historical cost-effectiveness models.

The observed lower sensitivity for cancer and pre-cancer with other stool-based tests and obstacles around getting people from their remote homes to healthcare facilities, which requires significant time, expense, and support personnel.[12]

Best alternative
And while a colonoscopy is still considered the gold standard of colorectal cancer screening methods for its ability to view the entire colon and both detect and remove polyps during the same procedure, and it is the only test that is suitable for individuals who have risk factors such as a family history of colorectal cancer, the challenges Alaska Native people encounter may result in many people not being screened at all. Hence, to improve screening, the Cologuard test, which is not a replacement for colonoscopy in high-risk patients, provides a path to overcome some of the major barriers by offering patients a colorectal cancer screening test that allows them to collect their stool samples at home.

“This study shows Cologuard would also be a cost-effective way to screen this unique and hard to reach population,” she added.

Each strategy reduced costs and increased QALYs in comparison without screening, with Cologuard outperforming FIT and colonoscopy screening in all adherence scenarios. With perfect adherence assumed, all screening modalities examined (colonoscopy, FIT, and mt-sDNA) decreased the incidence of colorectal cancer relative to no screening, with Cologuard decreasing incidence the most. [1][12]