Home Clinical development ALL Patients With Certain Gene Regulation Patterns May Be Less Likely to... 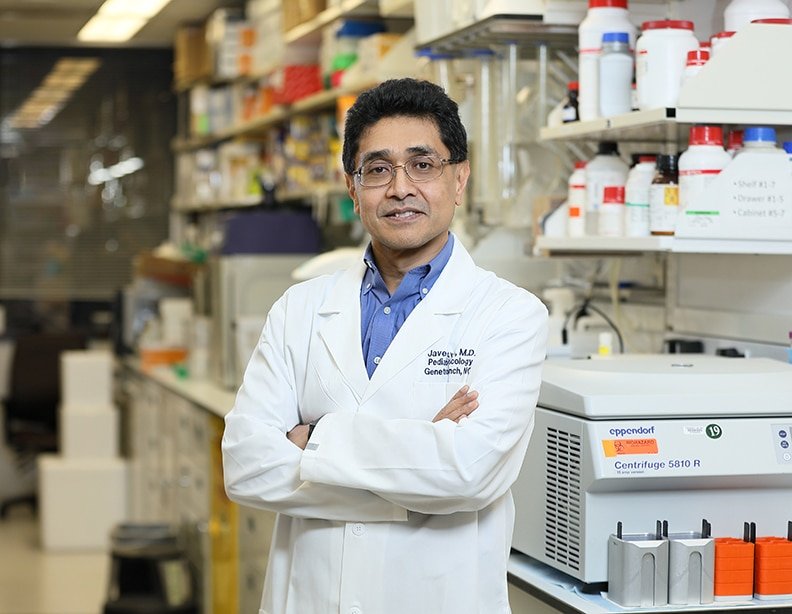 A study presented at the annual meeting of the American Association for Cancer Research (AACR), held April 8-13, 2022, suggests that Acute lymphoblastic leukemia (ALL) cells from patients whose cancers did not respond to CD19-targeted CAR T-cell therapy had gene regulation signatures that could potentially facilitate treatment resistance.[1]

Acute lymphoblastic leukemia is a type of cancer in which the bone marrow makes too many lymphocytes, a type of white blood cell.

According to data from the National Cancer Institute, in 2021 about 5,690 adults and children in the United States were diagnosed with ALL, and approximately 1,580 died of the disease.[2][3]. And while Acute lymphoblastic leukemia is the most common childhood cancer, data confirms that the survival rate for newly diagnosed children with ALL is 90%. The outcome for relapsed patients is, however,  historically poor with a less than 30% survival.

“The data support that these leukemias are relatively plastic and exhibit multi-lineage potential, similar to stem cells, which we suspect allows them to more rapidly adapt to the evolutionary pressures of CD19 CAR T-cells,” she added.

CAR T-cell therapy is a type of immunotherapy in which immune cells called T cells are harvested from a patient, reprogrammed to target cancer cells, and infused back into the patient to fight this type of cancer.

CD19, A common target
A common CAR T-cell target is the receptor CD19, however, cancer cells can mutate CD19 or suppress its expression to develop CAR T-cell resistance. While CD19-expression is currently one of the few biomarkers of potential CAR T response, not all patients who develop resistance lose CD19 expression.

“Our study is one of the few studies looking at CD19-independent sources of primary nonresponse to CAR T-cell therapy,” said Javed Khan, MD, senior author of the study and deputy chief of the Genetics Branch at the National Cancer Institute, explaining that some cells are intrinsically predisposed to treatment resistance.

“The main purpose was to identify pre-existing, leukemia-intrinsic mechanisms of resistance,” Khan explained.

The researchers identified three notable features that differentiated the gene regulatory mechanisms of CAR T-resistant leukemia cells from CAR T-responsive leukemia cells. One was a pattern of DNA methylation—a regulatory mark that decreases gene expression—associated with a stem cell-like phenotype.

“We observed hypermethylation around genes known to be repressed in embryonic cells and cancer stem cells,” Masih said.

Masih and colleagues observed similar results when they examined the DNA accessibility profiles of the leukemia cells. The regions of open chromatin characteristic of CAR T-cell resistant leukemia were associated with stem cell proliferation and resembled patterns found in hematopoietic progenitor cells, including hematopoietic stem cells and progenitors of myeloid cells, a different class of blood cells associated with acute myeloid leukemia (AML).

Khan said that a switch from a lymphoid to a myeloid lineage has been observed as a mechanism of resistance to CD19-CAR T therapy. “Interestingly, we saw subpopulations of cells expressing both lymphoid and myeloid markers, indicating that the epigenomes of some nonresponsive leukemias may contain a hybrid population of cells with a hybrid of ALL and AML epigenomes,” Khan said.

“Our data suggest that these leukemias, characterized by both lymphoid and myeloid-specific accessible regions, are likely less differentiated than responsive leukemias,” he added.

Antigen presentation
The researchers also identified decreased expression of genes involved in antigen presentation and processing, pathways that are crucial for mounting an immune response, in cells that did not respond to CAR T-cell therapy. Decreased antigen presentation could indicate that, even if leukemia cells continue to express CD19, they may not effectively process additional immune targets.

“Our next steps would be to recapitulate this clinical phenomenon in a mouse model, using different subpopulations of leukemia cells, and then examine if we can overcome this primary resistance with combinatorial or alternative therapies,” Masih said.

“This study allowed us to not only identify potential clinical biomarkers, but to test the logistical feasibility of using these profiling approaches to impact patient care,” Khan added. “We hope that one day, screening for this phenotype could allow clinicians to identify patients whose leukemias are unlikely to respond prior to therapy and provide alternative therapies to improve outcomes for these patients.”

Study limitations
Limitations of this study, funded in part by the National Cancer Institute of the National Institutes of Health (NIH), the Seattle Children’s Research Institute, Stand Up To Cancer, Strong Against Cancer, Alex’s Lemonade Stand, the St. Baldrick’s Foundation, and the NIH Oxford-Cambridge Scholars Program, include the small sample size.