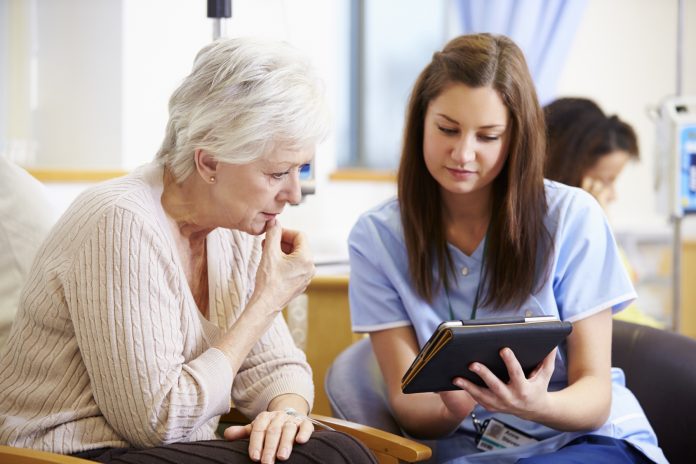 Improved cancer detection and treatment efforts, combined with demographic trends, are creating larger numbers of older cancer survivors who are likely to have other health conditions that impact care and well-being. This is the conclusion of new research published in Cancer Epidemiology, Biomarkers & Prevention, a journal of the American Association for Cancer Research. The study was funded through the National Cancer Institute(NCI), in Bethesda, Maryland.

According to the lead author, Shirley M. Bluethmann, PhD, MPH, (photo) a cancer prevention fellow at the National Cancer Institute researchers have been anticipating a growing number of older Americans, sometimes referred to as a ?silver tsunami.? Meanwhile, advances in cancer detection and treatment mean that more people are surviving cancer.

?Understanding the impact of a graying nation on cancer prevalence is critical in informing efforts to design and implement quality cancer care for this population,? said the study?s lead author,? Bluethmann said.

Bluethmann and colleagues based their study on incidence and survival data from 1975-2012, obtained from the Surveillance, Epidemiology, and End Results (SEER) Program. They projected U.S. cancer prevalence from 2016 to 2040 by using U.S. Census Bureau data, and applying the Prevalence Incidence Approach Model. SEER data linked with Medicare claims were used to estimate comorbidities commonly experienced in older adults, including health conditions such as heart disease, lung disease, or diabetes.

Challenges
Bluethmann said that older adults are understudied, presenting challenges in delivering effective and age-appropriate cancer care. For example, she said, the comorbid conditions that many older adults experience may make them ineligible to participate in clinical trials.

?Because of this, we lack key data which would inform how geriatric populations would react to or benefit from precise cancer treatments or interventions,? she noted. Bluethmann further said that her study adds to evidence that shows that older adults often have complex health needs that must be addressed in efforts to deliver high-quality health care.

?We have known about the potential impact of the maturing baby boom generation for some time, but this study provides compelling, specific evidence of the impact of cancer on older Americans, now and in the future,? Bluethmann said. ?The changing demographics of this country are unmistakable, and it?s time to rethink our approach to aging and cancer.?

Limitations
Bluethmann, whodeclared no conflicts of interest,noted that that the population projections are estimates, based on current cancer control efforts. Further, the researchers considered steady rates of incidence and survival to generate prevalence estimates. A shift in either of these trends over the long term could mean that that these results under- or over-estimate the true impact. However, these projections are believed to be the first to project cancer prevalence in an aging context to 2040.