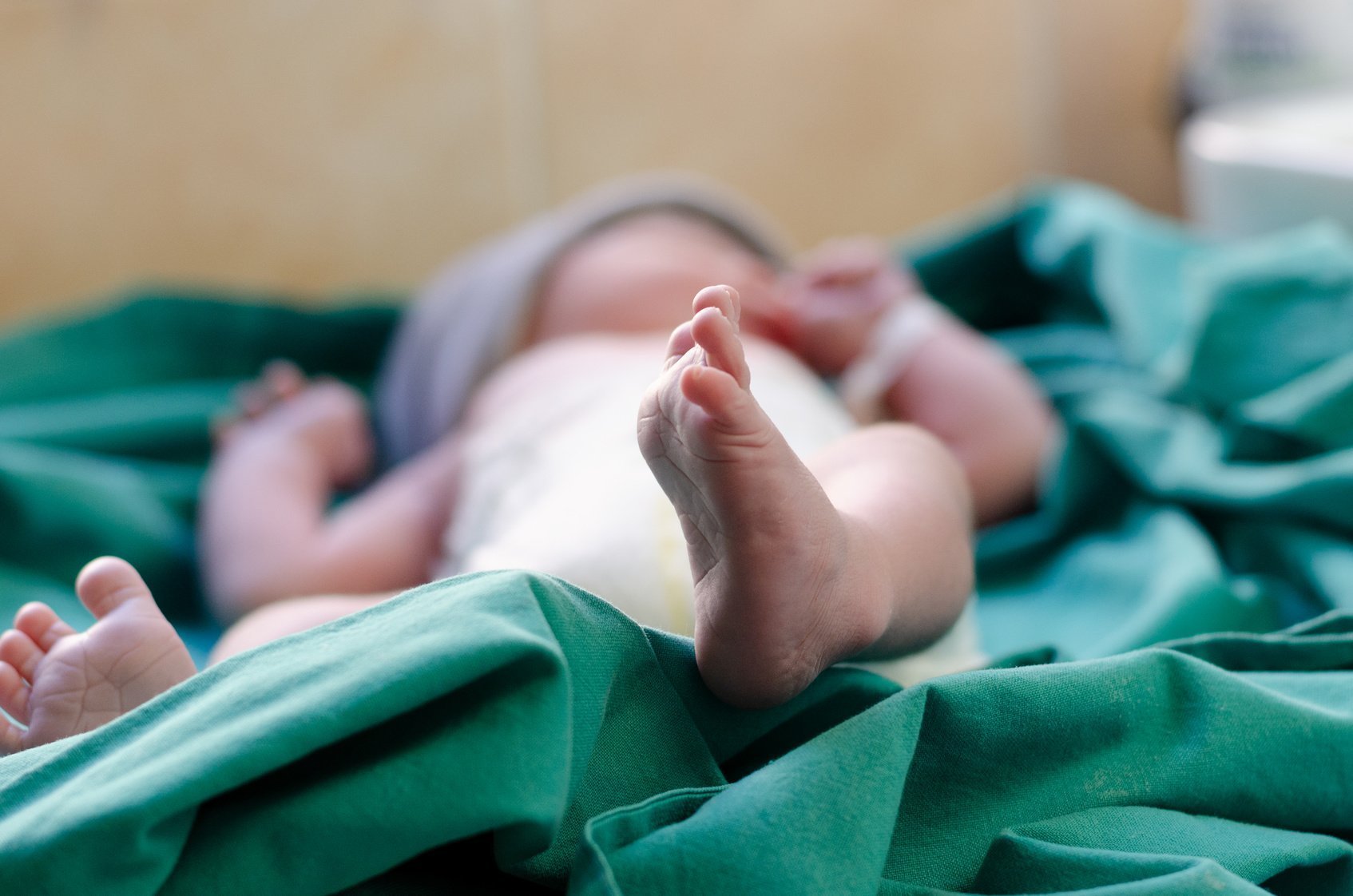 The U.S. Food and Drug Administration (FDA) has approved naxitamab* (naxitamab-gqgk; Danyelza®; Y-mAbs Therapeutics), a humanized form of the mouse antibody 3F8, in combination with granulocyte-macrophage colony-stimulating factor (GM-CSF), for the treatment of pediatric patients 1 year of age and older and adult patients with relapsed or refractory high-risk neuroblastoma in the bone or bone marrow who have demonstrated a partial response (PR), minor response (mR), or stable disease (SD) to prior therapy.[1]

A rare disease
Neuroblastoma is a heterogeneous pediatric neoplasm that arises in the sympathetic nervous system. The disease is the most common extra-cranial solid tumor in infants and children, representing between 8%-10% of all childhood tumors. Overall, neuroblastoma accounts for approximately 15% of all cancer-related deaths in children. [1]

The clinical behavior of neuroblastoma is highly variable, with some tumors being easily treatable, resulting in near-uniform survival. The majority of tumors are, however, very aggressive, with a high risk of death. [2] Age, stage, and amplification of the MYCN oncogene are the most validated prognostic markers.[2]

The incidence of neuroblastoma is 10.2 cases per million children under 15 years of age. [3] In the United States, nearly 700 new cases are reported each year. While 90% of cases are diagnosed before the age of 5, approximately 30% of patients are diagnosed within the first year. The median age of diagnosis is 22 months. [4]

Neuroblastoma develops in very early forms of nerve cells that are usually found in a developing baby, which explains why children as young as newborns can develop this cancer.

The disease rarely presents in adolescence and adulthood, but outcomes are much poorer in this age group. There does not appear to be an increased prevalence among races, but there is a slight predilection for males (1.2:1).[4]

All patients are staged based on the International Neuroblastoma Staging System Committee (INSS) system, ranging from stage 1 through stage 4S. Based on this staging system, patients with stage 4 disease diagnosed after one year of age are classified in the high-risk category, where the neuroblastoma tumor cells have already metastasized to other sites in the body, such as the bone or bone marrow.

Essentially all patients who have tumors with many copies, or amplification, of the MYCN oncogene also have high-risk disease, even if they do not have evidence of the tumor having spread.

Mechanism of action
In simple terms, naxitamab, conceived and developed by physician-scientist Nai-Kong Cheung, M.D., Ph.D., a medical oncologist at Memorial Sloan Kettering ** who heads the organization’s neuroblastoma program, detects neuroblastoma cells that have survived chemo- or radiation therapy by attaching to GD2, a ganglioside that is ubiquitously expressed in the plasma membrane of neuroblastoma and is shed into the circulation, after which the patient’s own immune system, especially white blood cells, can destroy the malignant neuroblastoma cells. [5]

Later, in 2007, Cheung and colleagues began developing a humanized form of 3F8 called Hu3F8. In August 2011 the researchers started a phase I study of Hu3F8 (NCT01419834). The study was designed to investigate the best and safest dose to give to patients.

Naxitamab is a humanized, monoclonal antibody that targets the ganglioside GD2, which is highly expressed in various neuroectoderm-derived tumors and sarcomas. The drug is administered to patients three times per week in an outpatient setting and the treatment is repeated every four weeks. The product has received Priority Review, Orphan Drug, Breakthrough Therapy, and Rare Pediatric Disease designations from the FDA.

Much needed treatment
Over the last decades, the development of novel treatments for pediatric cancers has been successful.  For example, the five-year survival rates for children diagnosed with cancer in the late 1980s approaches 70%. For some types of localized embryonal tumors, including retinoblastoma and Wilms’ tumor, the cure rates approach or exceed 90%.

However, for every two children who survive today, one child still succumbs to their disease. And for some childhood cancers, such as neuroblastoma and certain types of brain cancer, the prognosis remains poor. Hence, despite the observed successes, there remained a major unmet medical need remains patients diagnosed with neuroblastoma. The development and subsequent approval of naxitamab may be one much-needed treatment options for these patients. [6]

“[The approval represents a major milestone] for children living with refractory/relapsed high-risk neuroblastoma,” noted Thomas Gad, founder, Chairman, and President of  Y-mAbs Therapeutics, whose own daughter’s neuroblastoma was successfully treated with 3F8 at Memorial Sloan Kettering more than a decade ago.

“It’s very exciting to see this treatment go from being an experimental therapy used at my daughter’s bedside to now being FDA approved,” Gad added.

“We believe that naxitamab in combination with GM-CSF is a much-needed treatment for patients with relapsed/refractory high-risk neuroblastoma in the bone or bone marrow who have historically not had approved treatments available. This approval of Y-mAbs’ first BLA represents a key step in working towards our mission of becoming a world leader in developing better and safer antibody-based oncology products addressing unmet pediatric and adult medical needs,” said Claus Moller, Y-mAbs Therapeutics Chief Executive Officer.

Clinical trials
The FDA approval of naxitamab is supported by clinical evidence from two pivotal studies in patients with high-risk neuroblastoma with refractory or relapsed disease.

In these clinical studies, naxitamab appears to be well tolerated with few discontinuations of treatment. The observed treatment-related adverse events were clinically manageable.

The efficacy of naxitamab in combination with GM-CSF was evaluated in two open-label, single-arm trials in patients with high-risk neuroblastoma with refractory or relapsed disease in the bone or bone marrow.

Both trials included patients with relapsed or refractory neuroblastoma in the bone marrow or bone. Participating patients received a 3 mg/kg of naxitamab intravenously on days one, three, and five of each four-week cycle, in addition to GM-CSF subcutaneously, or under the skin, at varying doses throughout the cycle. Patients were allowed to receive preplanned radiation in specific areas based on which trial they were enrolled in.

Efficacy outcomes included overall response rate (ORR) according to the revised International Neuroblastoma Response Criteria (INRC), as determined by independent pathology and imaging review and confirmed by at least one subsequent assessment. An additional efficacy outcome measure was the duration of response (DOR).

Study 201
In the first study (Study 201; NCT03363373), a multicenter open-label, single-arm trial. researchers evaluated the combination of naxitamab in combination with GM-CSF in a subpopulation of patients who had refractory or relapsed high-risk neuroblastoma in the bone or bone marrow and demonstrated a partial response, minor response, or stable disease to prior therapy. Patients with progressive disease were excluded.

MYCN amplification was present in 14% of patients and 86% of patients were International Neuroblastoma Staging System (INSS) stage 4 at the time of diagnosis. Disease sites included 59% in the bone only, 9% in bone marrow only, and 32% in both. Prior therapies included surgery (91%), chemotherapy (95%), radiation (36%), autologous stem cell transplant (ASCT) (18%), and anti-GD2 antibody treatment (18%).

Study 12-230
The second study (Study 12-230; NCT01757626), a single-center, open-label, single-arm clinical trial, included a subpopulation of patients who had relapsed or refractory high-risk neuroblastoma in bone or bone marrow and demonstrated a partial response, minor response, or stable disease to prior therapy. In this study patients with progressive disease were excluded.

Participating patients received at least one systemic therapy to treat disease outside of the bone or bone marrow prior to enrollment. They were required to have received at least one dose of naxitamab at a dose of 3 mg/kg or greater per infusion and have evaluable disease at baseline according to independent review per the revised INRC. Radiation to non-target bony lesions and soft tissue lesions was permitted at the investigator’s discretion (assessment of response excluded sites that received radiation).

Of the 38 patients included in the efficacy analysis, 55% had relapsed neuroblastoma and 45% had refractory disease; 50% were male, the median age was 5 years (range 2 to 23 years), 74% were White, 8% Asian and 5% were Black, 5% Native American/American Indian/Alaska Native, 3% other races and 5% was not available. MYCN-amplification was present in 16% of patients and most patients were International Neuroblastoma Staging System (INSS) stage 4 (95%).

Boxed warning
The prescribing information for naxitamab contains a Boxed Warning which states that the drug can cause serious infusion-related reactions and neurotoxicity, including severe neuropathic pain, transverse myelitis, and reversible posterior leukoencephalopathy syndrome (RPLS). Hence, to mitigate these risks, patients should receive premedication prior to each naxitamab infusion and be closely monitored during and for at least two hours following completion of each infusion.

Note
* Also known as humanized 3F8 or Hu3F8,
** Researchers at Memorial Sloan Kettering Cancer Center (MSK) developed naxitamab, which is exclusively licensed by MSK to Y-mAbs. As a result of this licensing arrangement, MSK has institutional financial interests related to the compound and Y-mAbs.

Featured image: A close up of a newborn baby’s foot in the neonatal unit in a hospital. Photo courtesy: © 2016 – 2020 Fotolia/Adobe. Used with permission