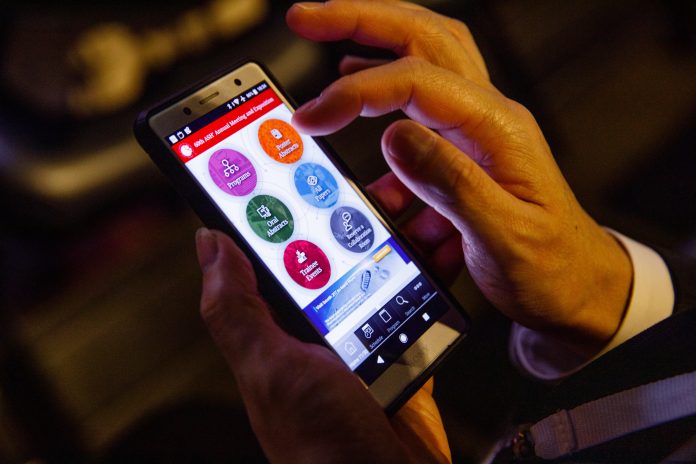 Chimeric Antigen Receptor T-cell therapy or CAR T-cell therapy is one of the most promising types of immunotherapy.? Early results as well as experiences with approved CAR T-cell therapies have shown the potential to induce sustained remissions in patients with refractory disease.

Because the majority of adult B-cell malignancies, including acute lymphoblastic leukemia (ALL), chronic lymphocytic leukemia, and non?Hodgkin’s lymphoma, remain, despite currently approved and available therapies, incurable.

Generally, the prognosis for patients with, for example,? B-cell acute lymphoblastic leukemia, is very poor. Even with the standard therapies, less than 10% of patients survive five years [1][2]. Hence, novel therapeutic strategies are needed to treat these diseases.

The adoptive therapy with genetically engineered autologous T cells is one such approach. In this approach, T cells are modified to target tumor-associated antigens (TAA) through the introduction of genes encoding artificial T-cell receptors, termed chimeric antigen receptors (CAR), specific to such antigens.

Tisagenlecleucel
To date, the most promising use of CAR-T cell therapy has been through a molecule called CD19 on B-cell malignancies. In 2017 tisagenlecleucel (Kymriah?; Novartis), formerly CTL019, was the first CAR T cell therapy to receive approval by the U.S. Food and Drug Administration (FDA) for the treatment of children and young adults with B-cell precursor acute lymphoblastic leukemia (B-ALL) that is refractory or in second or later relapse after intensive chemotherapy or a stem cell transplant. The treatment is now also approved for adults with certain types of non-Hodgkin lymphoma.

The therapy was approved after a number of clinical studies confirmed that up to 90% of children and adults with B-cell acute lymphoblastic leukemia, who had either relapsed multiple times, or failed to respond to standard therapies, including chemotherapy, radiation, targeted therapy or stem cell transplant, achieved remission after receiving CAR T-cell therapy.

Both tisagenlecleucel and axicabtagene ciloleucel target cells, both cancerous and normal, that express CD19 which is expressed on all B cells, including malignant lymphoma cells.

Adverse events
Altough tisagenlecleucel is associated with a number of severe adverse events, including? IL-6 mediated cytokine-release syndrome (CRS)*, which is marked by a rapid onset and can cause life-threatening complications, and prolonged immunosuppression, the early approval represents an exciting technological advance at the frontiers of science and medicine.? For the first time in history, physicians have the ability to generate an individualized cellular therapy to treat people with several types of aggressive blood cancers. This quickly shifted the treatment paradigm for many patients which treatment options have been woefully limited.

Early Phase I/II results of a study of patients with highly refractory B cell ALL who were treated with CAR-T cells, Shannon L. Maude, M.D., Ph.D, assistant professor of pediatrics at the Children’s Hospital of Philadelphia, and her colleges showed 90% of participating patients (n=30) with incurable disease were in complete remission by one month after infusion of CAR-T cells. Although 7 patients died after disease relapse or progression, the overall survival rate after 6 months was 78%, contrasting the response rate to standard therapy of around 25% in similar patient cohorts.

During the 60th annual meeting of the American Society of Hematology (ASH) a series of presentations showed the long-term effectiveness of these therapies in some patients, analyzed how combination therapies may affect treatment responses, and examined if transplantation following CAR T-cell therapy affects remission rate.

Personalized medicine
Harvested from a patient?s own T cells**, then genetically re-engineered to target?specific proteins on the surface of cancer cells (specific antigens within the patients? specific cancer) and re-infused back into the patient, CAR T-cell therapy is a truly personalized approach.*** This approach primes the patients? immune system to directly target their own cancer cells ? with the aim of maximizing anticancer efficacy and reducing serious off-target effects.

Following infusion, CAR-T cells proliferate and kill malignant B cells, clearing the cancer. Since these cells can easily migrate to various sites of disease, including bone marrow, lymph nodes, and central nervous system, CAR-T cells appear to be highly effective in clearing these niches of malignant cells. Furthermore, due to their prolonged survival, CAR-T cells maintain surveillance against disease relapse in the longer term.

Truly transformative
“These are transformative therapies and we?re seeing their expanding value in terms of giving patients who essentially ran out of options an opportunity to live,” noted Joseph Alvarnas, MD, of the City of Hope, a leading cancer research hospital located in Duarte, California.

“At the same time, we?re identifying the limitations of these therapies. For example, CAR T cells may stop working in some patients for various reasons, which has prompted researchers to ask what combination therapies could be used to extend the benefits of treatment.”

Treatment with CAR T may pose serious challenges and in a number of studies presented during the annual meeting, researchers discuss longer-term follow-up analyses of the ELIANA (NCT02435849) and JULIET (NCT02445248) trials which demonstrated sustained responses to T cells designed to target CD19. [3][4]

The JULIET trial, sponsored by Novartis, the manufacturer of tisagenlecleucel, included people with relapsed or refractory DLBCL who previously had at least two systemic cancer treatments or a stem cell transplant. The participants in this study received chemotherapy to eliminate their existing immune cells before receiving a single infusion of tisagenlecleucel.

Finally, the trial results showed that in about one-quarter of the patients, tisagenlecleucel caused a severe inflammatory reaction known as cytokine release syndrome (CRS), while 18% of patients had a neurological event.

Combination therapies
During the annual meeting results of a number of studies were presented, include studies investigating the combination CAR T-cell therapies with additional treatments, including, ibrutinib or checkpoint inhibitors to determine whether their use might enhance the effect of and sustained response to CAR T.

A number of studies of CAR T-cell therapy are being conducted in other blood cancers, including chronic lymphocytic leukemia (CLL), as well as multiple types of cancer that begins in the bone marrow. It is a cancer of plasma cells, which are a type of white blood cells (also called plasma B cells). These studies also show great potential in other cancers and research is under way in exploring the application of CAR T-cell therapy in the treatment of solid tumors.

In the art of medicine, researchers and scientists are always looking for ways to reach beyond the possibilities or today. With the remarkable results shown during clinical development, CAR T-cell therapy has indeed captured the imagination of scientists and researchers as well as physicians and patients.

*Most people with CRS may experience mild or moderate flu-like symptoms which are easily managed. However, some patients may experience more severe symptoms that may lead to potentially life-threatening complications such as cardiac dysfunction, acute respiratory distress syndrome or multi-organ failure.? Tocilizumab (Actemra®; Genentech/Roche), a first humanized interleukin-6 (IL-6) receptor antagonist, is approved by the U.S. Food and Drug Administration for the treatment of chimeric antigen receptor (CAR) T cell-induced severe or life-threatening cytokine release syndrome (CRS) in patients two years of age and older.

**T cells are the immune system?s primary cancer-killing cells. They can be distinguished from other lymphocytes, such as B cells and natural killer cells, by the presence of a T-cell receptor on the cell surface.

*** As part of the genetical re-engineering, the T cells also undergo further processing to increase their capacity to survive and proliferate once returned to the patient.