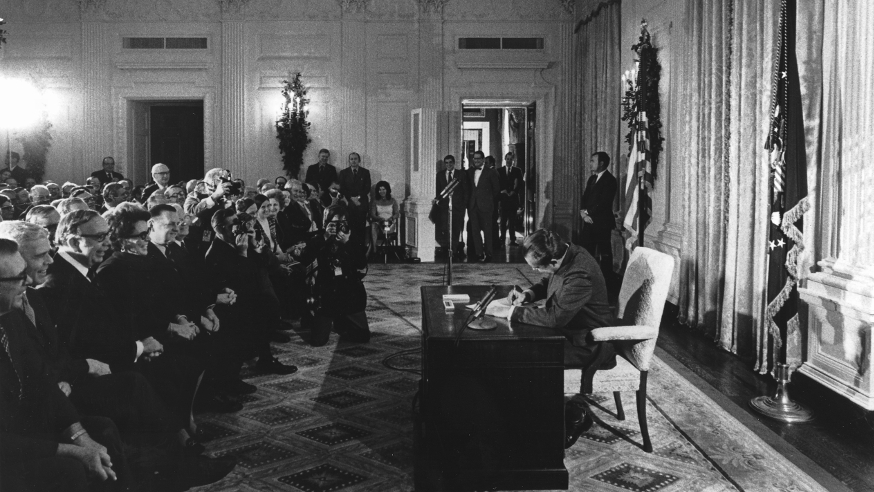 Fifty years ago, on Friday, January  22, 1971, during his State of the Union, which was dominated by domestic issues, including a sweeping reorganization of the federal government, a detailed plan for revenue sharing between states and cities, welfare reform, and environmental protection, President Richard Nixon said: “I will … ask for an appropriation of an extra U.S. $100 million to launch an intensive campaign to find a cure for cancer, and I will ask later for whatever additional funds can effectively be used. The time has come in America when the same kind of concentrated effort that split the atom and took a man to the moon should be turned toward conquering this dread disease. Let us make a total national commitment to achieve this goal…”

Less than 12 months later, on Friday, December 23, 1971, the National Cancer Act, an amendment to the Public Health Service Act of 1944, was signed into law. It represented the commitment of the United States to eradicating cancer, a disease which had, in 1970, become the nation’s second leading cause of death. 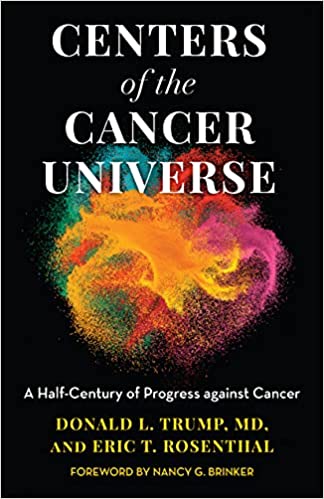 A national commitment
In the 1960s a coalition of concerned citizens, scientists, and politicians joined forces to convince the federal government to focus its efforts on conquering cancer.

“In the 1960 cancer was not the focus for the medical community,” explained Amit Kumar, Ph.D., Chairman, President & Chief Executive Officer of Anixa Biosciences, in 2016 in an episode of the documentary series Changing strategies in the War on Cancer. Following the signing of the National Cancer Act, this would change.

“As a result of the action which will come into being as a result of signing this bill, the Congress is totally committed to providing the funds that are necessary, whatever is necessary, for the conquest of cancer,” President Nixon said at the signing of the National Cancer Act, confirming a national commitment.

But at the time of the signing of the Act, not everybody was happy with this national commitment. While some believed that the Act wasn’t ambitious enough, others believed that the Act was too bold, naively arguing that cancer would be conquered by the nation’s bicentennial in 1976, at the time just five years in the future. However, given the complexities of cancer, the optimism of the latter group was an unrealizable mission impossible.

Following the signing of the Act, the real work started, leading to five decades of scientific discoveries, demonstrating the great complexity of what had formerly been thought of as just a single disease.

“This legislation would start the greatest scientific discovery effort in history. The Manhattan Project and the Moonshot were challenges of engineering, but this was an effort of both discovery and the application of findings that would result in a greater understanding of and indeed a redefining of [this]disease,” observed Otis W. Brawley, MD, MACP, FRCP(L), Bloomberg Distinguished Professor, Johns Hopkins University; former chief medical and scientific officer, American Cancer Society; cofounder of the Cancer History Project.

The last 50 years since the signing of the Act have not just set in motion a chain of events that cemented our nation’s commitment to basic research, without which many breakthroughs could not be possible, it also created a research enterprise of unimaginable depth and complexity.

“It would also provide us with a greater understanding of the biology that would affect our treatment of other diseases. Indeed, the National Cancer Act is directly responsible for the development of a highly effective and safe vaccine within 6 months of the discovery of COVID-19,” Brawley added.

Among numerous other accomplishments, the National Cancer Act of 1971 established National Cancer Institute‘s (NCI) Cancer Centers Program and expanded the National Clinical Trials Network, supporting the development of systems for the collection and storage of comprehensive patient data.

A Half-Century of Progress
Using this historical fact as their starting point, Donald L. Trump, MD, and Eric T. Rosenthal, in a new book titled “Centers of the Cancer Universe: A Half-Century of Progress Against Cancer,” tell the story of how cancer research was, indeed, not front and center at most universities and research institutions before the National Cancer Act of 1971, and why many physicians were reluctant even to treat patients with cancer in the early 20th century. Trump and Rosenthal’s narrative follows the behind-the-scenes lobbying, resistance, and negotiating that preceded signing the Act into law, and how the cancer centers of today came to fruition and shaped how cancer research, clinical trials, and treatment would be conducted.

“This book.. is an interesting and provocative compilation of the history of our cancer centers over the past 50 years. Indeed, since the National Cancer Act was initiated, much of our progress in reducing the incidence, mortality, and suffering due to cancer can be ascribed to basic discoveries and clinical translation at our nation’s cancer centers,” said David A. Tuveson, MD, Ph.D., FAACR, director of the cancer center, and Roy J. Zuckerberg Professor, Cold Spring Harbor Laboratory; chief scientist of The Lustgarten Foundation.

“Smoking cessation, colonoscopy screening, targeted antibodies such as trastuzumab (Herceptin®; Genentech/Roche), immunotherapies such as ipilimumab (Yervoy®; Bristol Meyer Squibb), and signal transduction inhibitors such as imatinib mesylate (Gleevec®; Novartis) all came from laboratories and clinics in our cancer centers and have provided major benefits to society,” Tuveson added.

“Through meticulous research, engaging interviews, and personal recollections, the authors trace the origins and impact of the nation’s cancer centers from their formal creation by the National Cancer Act of 1971 to the present day,” added Richard L. Schilsky, MD, FACP, FSCT, FASCO, past president and former chief medical officer, American Society of Clinical Oncology, professor emeritus, University of Chicago.

“What emerges is a well-told story of bold vision, relentless advocacy, and extraordinary leadership by a colorful cast of characters who forged the scientific foundation and enabling infrastructure to cure cancer,” Schilsky further noted.

Millions of survivors
The designation of the Cancer Centers Program resulted in models of multidisciplinary, collaborative cancer research, treatment, and prevention contributing to a reduction in cancer mortality and increase in quality of life and survival that has translated into more than 17 million cancer survivors in the United States in 2021.

“[What’s important to remember is that] the National Cancer Act brought presidential focus [to] a ‘national commitment’, [leading to the] creation of the infrastructure and mechanisms needed for large-scale, world-class cancer research,” Kumar noted.

“Since that time there has been a lot of work done in developing the basic physiology and biologic of cancer,” Kumar explained. This work has not just resulted in the development of cancer centers of excellence but in a true revolution in cancer treatment and care. But more is needed.

“More basic and translational cancer research is needed, and more nimble and inclusive cancer clinical care approaches should be implemented. We should now consider new structures for cancer centers that can deliver sophisticated care to large communities at an affordable price to ensure that the best cancer research can provide the biggest benefit to all members of our society,” Tuveson concluded, challenging the medical community to continue improving the care and delivery of during the next 50 years.

Centers of the Cancer Universe: A Half-Century of Progress Against Cancer – A riveting and highly recommended must-read.

Centers of the Cancer Universe: A Half-Century of Progress Against Cancer will be in bookstores on October 11, 2021; Click here to preorder.