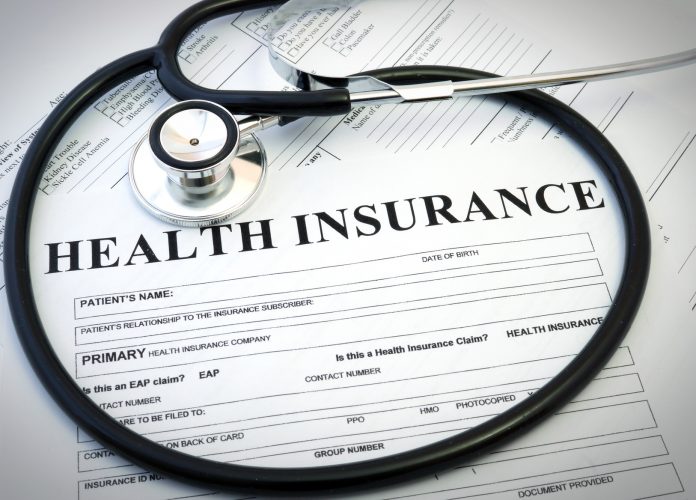 That fear is largely a new one for middle and upper middle-class Americans. For the poor, and lower middle class, the expansion of Medicaid under the Accountable Care Act (also known as ObamaCare) provides broad coverage with little to no cost of premiums and no copayments or deductibles. For those over 65 while there is Medicare, those of low income can cover the cost of Medicare deductibles and co-insurance with Medicaid, while the middle class is exposed to the costs of care from limitations of Medicare coverage, as well as the mandatory 20% coinsurance, or the increasing cost of insurance to close the gaps. For those with ?money? and assets a plenty, the cost of care has been and will continue to be a small hit to their economic circumstances.

Sixty-two percent of cancer patients are in debt from medical claims, with 55% owing more that U.S. $ 10,000. The cancer patient is 2.65 times more likely to file for bankruptcy.

Overwhelming
For years the middle and upper middle class was secure in their often employer provided health insurance coverage providing broad coverage with little economic costs. Low if any deductibles, in range of hundreds of dollars, and co-payments of U.S $ 3, U.S $ 5, and U.S. $ 10 were the norm. Yes, an illness or accident could be emotionally devastating for a person and their family, but economically, little to no worries.

Not so today. The exposure to medical care costs in the United States can be so overwhelming that Americans fear the cost of treatment more than the illness itself, a new poll shows.

A 2018 nationwide poll study by the University of Chicago found that 40% feared the cost of treating a serious illness, more than the 33% that feared becoming ill.
As I discuss in my recent book End Medical Debt, not only is that fear is contributing to a deterioration of health, and how it eventually leads to medical costs, it is a fear that is fully justified.

Fear of the exposure to the costs of medical care has kept 44% of people surveyed had not gone to the doctor when they were sick or injured within the past year, and caused 40% percent to skipped a suggested medical test or treatment.

A Cautionary Tale
End Medical Debt is a cautionary tale of how for middle and upper middle-class Americans are but 1 accident or illness away from financial. The poor and lower income middle-class, who used to struggle are now protected by expanded Medicaid, the rich never have had the issue. It is now the middle class that that this struggle is visited on.

Copays even after the deductibles of U.S. $ 50 are not uncommon. And then there is always the risk from gaps in coverage, from limits on therapies, to no coverage for leaving the plans claustrophobic network.

Not only are working Americans squeezed should they be as unfortunate as to have an accident or major illness, they are now also squeezed by the cost of health insurance which is far from broad and complete. As the cost of medical care has skyrocketed, insurance premiums have increased, employers have reduced the impact by cutting benefits, increasing deductibles, and increasing payroll deductions. This leaves working Americans paying more for worsening coverage, even with an increasing exposure to the costs of care.

Struggling to pay
It is estimated that Americans are now paying, in addition to what they pay towards health insurance coverage, upwards of 30% of more of the actual cost of care. Thirty-seven percent of Americans are struggling just to pay their premiums on health insurance.
And when care is needed, the gaps in health insurance coverage becomes real and often devastating. Sixty percent of insured individuals with medical bills are forced to deplete most or all of their savings to pay their medical bills.

Sixty percent of all personal bankruptcies are the result of medical bills. An article in the Journal of Medicine points to a study showing that 42% of the 9.5 million people with cancer between 2010-2012 ran through their entire life?s assets within 2 years of starting treatment. Medically impoverished is a new demographic in America. A Miami Times article pointed out that medical debt was the leading cause of homelessness in that city.

My recent book End Medical Debt, discusses in detail the sad reality for far too many Americans. A medical event devastating a family?s economic underpinnings and the aggressive efforts of health care providers to collect their fees, regardless of how much added trauma it causes. There is even a study of this negative impact on cancer patients titled ?The Financial Toxicity of Cancer?. Sixty-two percent of cancer patients are in debt from medical claims, with 55% owing more that $10,000. The cancer patient is 2.65 times more likely to file for bankruptcy.

How we got into this situation. The impossibility of making insurance coverage broad and affordable when the cost of medical services is so prohibitive. And how the health care system is not one with a goal for health. A sick care system, yes, but a healthcare system, no. These are discussed in my books.

This book and my earlier book The Patient, The Doctor, and The Bill Collector, launched and support the charity R.I.P. Medical Debt, which removes the burden of consumer medical debt by purchasing it using donated funds, and then abolishes that debt.

Most people are not aware that many hospitals, (and some physicians) including not-for-profit hospitals actually take the medical bills that they are having trouble collecting, and not only turns them over to a collection agency, and reports those bills to credit report agencies, reducing or even destroying a person?s credit rating, but also sells what they have difficulty collecting for pennies on the dollar.

RIP Medical Debt
This is where RIP Medical Debt comes in, we seek out large portfolios this debt that has been sold or is being sold for pennies, and purchase it, and relegate it to our ?debt cemetery? from which it will never rise again. In the process the debt burden is lifted from our fellow citizens, many a credit score has improved, all helping to restore the financial security of others.

The debt that we purchase, and abolish, is debt of necessity, created by events for which there are no volunteers, as well as a health care delivery system that, while providing care, is largely oblivious to the financial impact on the patients they profess to care about. More disturbingly we find that some of this debt is the result of limitations on coverage and the consolidation of medical providers that have created opportunities for exploitation.

As physician practices become owned by hospitals/health systems they provide care using the facilities of that system at a cost that is often exponentially greater than the same care provided by independent providers. That portion that is the ?patient responsibility? is now much costlier. As University of New Hampshire advises; on average, a complete blood count (CBC) drawn at an independent laboratory costs about U.S. $ 15 while the same test, drawn at a hospital laboratory costs about U.S. $ 150.

If the patient responsibility is even 10%, the difference is U.S. $ 1.50 vs. U.S. $ 15. As study in New Jersey, for example, found that there was as much as a 950% differential in cost between an abdominal CAT Scan in a lower cost independent facility compared with a hospital owned service. And remember, that higher cost covered by insurance, that just ends up increasing premiums, often resulting in higher payroll deductions.

And of course, some of this debt is the result of limits in coverage for ?out-of-network? providers, some of whom are the physician groups that have exclusive contracts to provide the professional services of radiology, anesthesiology, pathology at your in-network hospital.

These surprise bills are getting much attention as of late, however remember it is the hospital that has a government granted license so no one can open up a competing hospital across the street that grants such physician monopolies this power to exploit.
While the debate about the health care cost crisis is largely about who is going to pay, the real discussion should be how to build a structure for a system of care and caring that is focused on health, not sickness, and when care is necessary, how to deliver it faster, better and cheaper.

The book End Medical Debt discusses this potential, and the continued implications for individuals of no action.