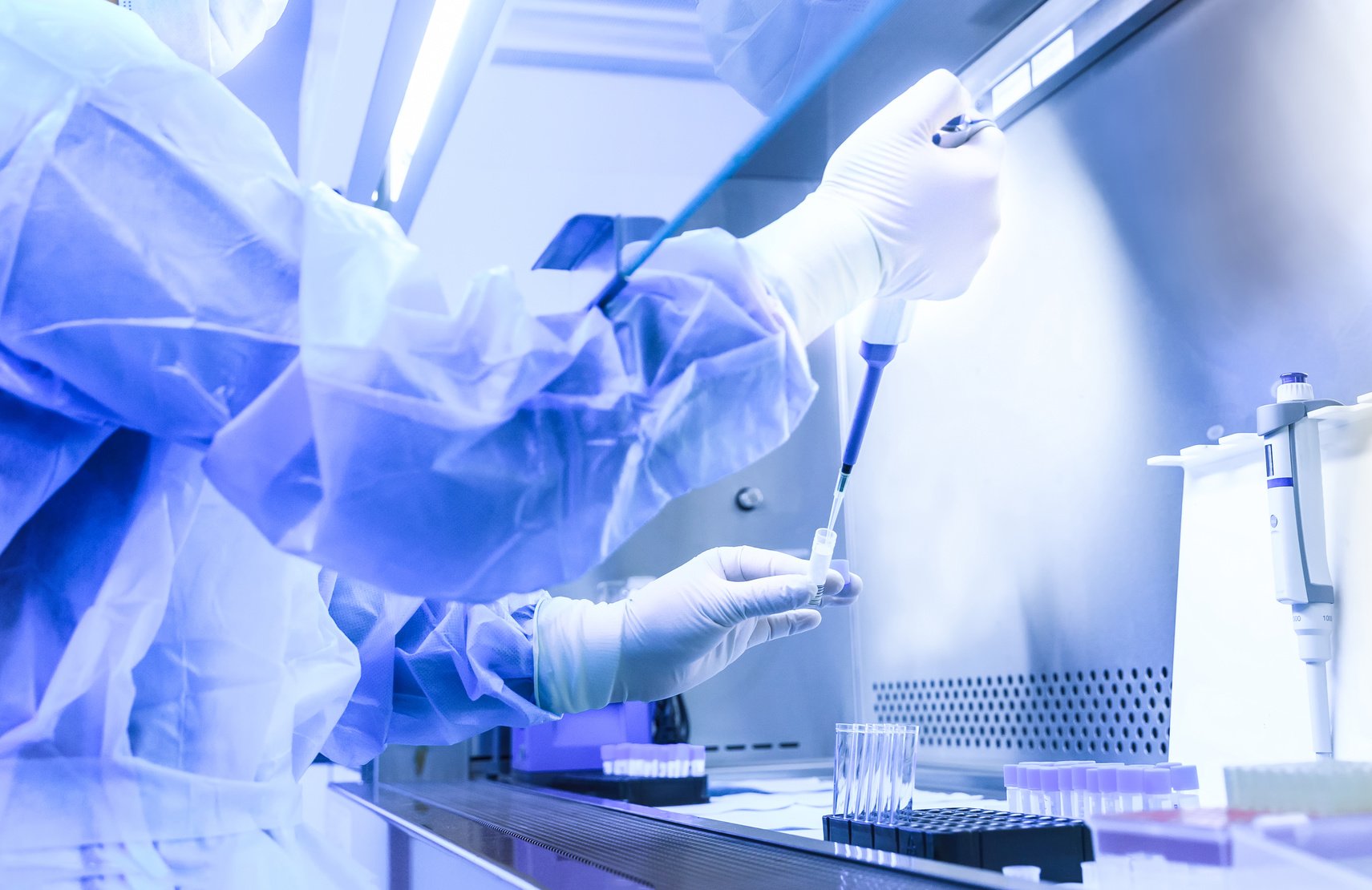 Cancer cells produce small amounts of their own form of collagen, creating a unique extracellular matrix that affects the tumor microbiome and protects against immune responses. In pre-clinical studies, deletion of this abnormal form of collagen enhanced T-cell infiltration and enables efficacy of anti-PD-1 immunotherapy and increased overall survival of mice with pancreatic ductal adenocarcinoma (PDAC).

This is the conclusion based on a study by researchers at The University of Texas MD Anderson Cancer Center, which identifies the functional impact of this specific form of collagen on the tumor microbiome and tumor immunity.

This study, supported by the National Cancer Institute, the Ergon Foundation and the Sid W. Richardson Foundation, was published in Cancer Cell, builds upon previously published findings from the laboratory of Raghu Kalluri, M.D., Ph.D., chair of Cancer Biology and director of operations for the James P. Allison Institute, to bring a new understanding of the unique roles of collagen made by fibroblasts and by cancer cells.

“Cancer cells make an atypical collagen to create their own protective extracellular matrix that helps their proliferation and their ability to survive and repel T-cells. It also changes the microbiome in a way that helps them thrive,” noted Kalluri, senior author on the study. “Uncovering and understanding this unique adaptation can help us target more specific treatments to combat these effects.”

An abundant protein
Type I collagen, the most abundant protein in the body, is produced by fibroblasts and found mostly in bones, tendons and skin. Previously, collagen in tumors was believed to promote cancer development, but Kalluri’s laboratory showed that it likely plays a protective role in suppressing pancreatic cancer progression.

In its normal form, collagen is a heterotrimer consisting of two α1 chains and one α2 chain, which assemble to form a triple-helix structure as part of the extracellular matrix. However, when studying human pancreatic cancer cell lines, the researchers discovered the cells expressed only the α1 gene (COL1a1), whereas fibroblasts expressed both genes.

Further analysis revealed that cancer cells have silenced the α2 gene (COL1a2) through epigenetic hypermethylation, resulting in a cancer-specific collagen ‘homotrimer’ made up of three α1 chains.

Loss of cancer-specific collagen
To investigate the real-world effects of this observation, the researchers created knockout mouse models of pancreatic cancer with COL1a1 deleted only in cancer cells. Loss of this cancer-specific homotrimer reduced cancer cell proliferation and reprogrammed the tumor microbiome. This led to lower immunosuppression, which was associated with increased T-cell infiltration and elimination of cancer cells.

“This discovery illustrates the importance of mouse models, as it was only when we noticed a difference in their survival that we found this abnormal collagen variant existed and was produced specifically by the cancer cells,” Kalluri said. “Because it is generated in such small amounts relative to normal collagen, the homotrimer would have otherwise gone undetected without specific tools to differentiate them.”

Alters the tumor microbiome and immune profile
Given the relationship between the gut and tumor microbiomes and immune responses, the researchers also explored the microbiome in their mouse models. Interestingly, loss of the cancer-specific collagen led to changes in the bacterial composition within the tumor. There was a corresponding decrease in myeloid-derived suppressor cells (MDSCs) and an increase in T cells, contributing to favorable survival outcomes.

These effects were completely reversed by disrupting the microbiome with antibiotics, suggesting that cancer-specific collagen promotes cancer progression by enhancing a tumor-promoting microbiome. This is early evidence that the extracellular matrix directly influences the tumor microbiome, which could help researchers to understand how cancer cells have developed these adaptions against an immune response.

Further investigation clarified some of the mechanisms behind these findings, demonstrating that loss of the cancer-specific collagen increased levels of CXCL16, which attracts T-cells, and reduced expression of CXCL5, which attracts MDSCs. Loss of the collagen homotrimer also increased the amount of normal fibroblast collagen in the stroma, which, as Kalluri’s lab previously showed, inhibits tumor progression. These results provide additional evidence that cancer-produced homotrimers affect signal pathways that can alter the tumor immune profile.

“No other cell in the normal human body makes this unique collagen, so it offers tremendous potential for the development of highly specific therapies that may improve patient responses to treatment,” Kalluri said. “On many levels, this is a fundamental discovery and a prime example of how basic science unravels important findings that could later benefit our patients.”

While the current study looked specifically at pancreatic cancer, Kalluri noted that collagen homotrimers also are seen in other cancer types, including lung and colon cancers, signifying a possible unifying principle with broad implications for cancer treatment.