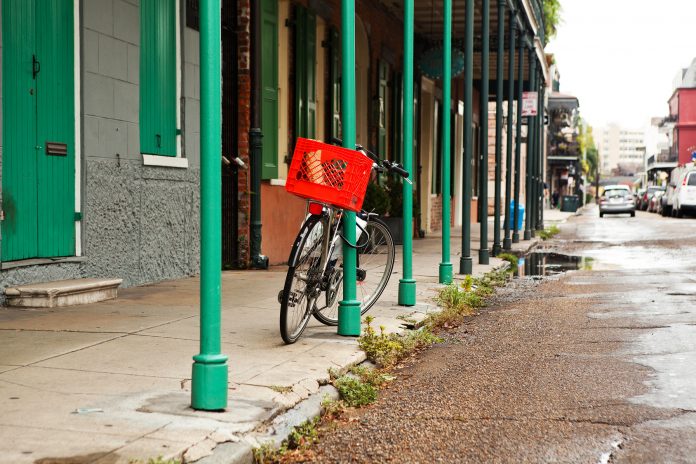 These results of a study funded by the American Cancer Society were presented at the 11th AACR Conference on The Science of Cancer Health Disparities in Racial/Ethnic Minorities and the Medically Underserved, held November 2 – 5, 2018 in the Sheraton New Orleans Hotel in New Orleans, Louisiana, USA.

The AACR’s Science of Cancer Health Disparities conference is designed to help advance the understanding of, and ultimately help to eliminate, racial, ethic, gender and socioeconomic cancer health disparities that represent a major public health problem in our country.

The speakers and attendees are made up of a?transdisciplinary field of professionals from academia, industry, government, and the community. They are brought together to exchange of novel ideas, ?discuss the latest findings in the field, and stimulate the development of new research on health disparities.

Looking at the medications funded by state Medicaid programs, it?s clear that states that expanded Medicaid are funding increased access to these hormonal therapies…

?We saw a large and significant increase in the use of hormonal therapies for breast cancer treatment in states that underwent Medicaid expansion,? noted Michael Halpern, MD, PhD, associate professor at Temple University College of Public Health.

?In contrast, states that did not participate in Medicaid expansion saw essentially no increase in these prescriptions,? Halpern added.

Reducing recurrence
For women who have received treatment for breast cancer and are recovering, hormonal therapies can reduce the chance of their breast cancer coming back, and, for best effect, they need to take these medications for three to five years, Halpern explained.

?Over the course of more than a year following Medicaid expansion, the difference in the rate of hormonal therapy use between states that underwent Medicaid expansion and those that didn?t continued to go up,? noted Halpern.

?This highlights that getting the coverage for these hormonal therapies as a one-time event isn?t enough; there has to be a process where breast cancer survivors can work with their health care providers and get educated about the importance of this treatment,? he added.

Prescription rates
Utilizing information from the Medicaid State Drug Utilization Database (SDUD) which was compiled by the Centers for Medicaid and Medicare (CMS), Halpern and colleagues evaluated outpatient prescription rates and associated payments for tamoxifen and aromatase inhibitors, two common hormonal therapeutics for the treatment of breast cancer, for individuals enrolled in Medicaid programs. Both generic and branded prescriptions were included in the study.

Following multivariable analysis, Halpern and colleagues found that prescriptions for all hormonal therapy medications and aromatase inhibitors increased by 27 percent and 29 percent, respectively, for Medicaid programs in states that expanded Medicaid, compared to Medicaid programs in non-expansion states. The study authors suggest that most of this increase was new utilization of these drugs that would not have occurred in the absence of Medicaid expansion.

?Looking at the medications funded by state Medicaid programs, it?s clear that states that expanded Medicaid are funding increased access to these hormonal therapies,? said Halpern.

?We believe that hormonal therapy use increased among women who were previously uninsured and did not have access to these potentially life-saving drugs,” he added.

Access
?While most women, regardless of their income or insurance status, have access to acute breast cancer treatments?initial surgery, chemotherapy, and/or radiation therapy?coverage is sometimes lacking for breast cancer survivors that may require long-term treatment with hormonal therapy,? Halpern continued.

?We need to be better at making sure that cancer survivors, particularly those who are in underserved populations, continue to have access to high-quality care and are able to receive the services and medications that they need to prevent their cancer from coming back,? he observed.

Study limitations
Limitations of the study include a reliance on state level Medicaid prescription data.” The prescriptions for hormonal therapy could have been for conditions other than breast cancer. However, I believe that this represents an extremely small cohort,” Halpern concluded.