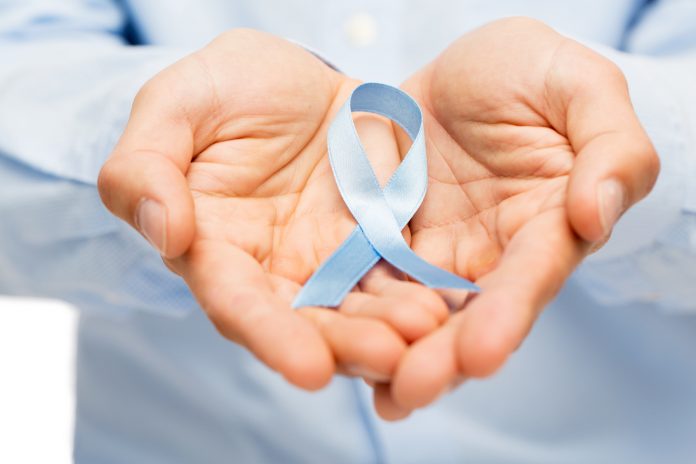 In Europe around 417,000 new cases of prostate cancer were estimated to have been diagnosed in 2012, with the incidence rate in the United Kingdom (about 47,700) being the 17th highest in Europe, with around 7,000 men are diagnosed each year with prostate cancer that has already spread beyond the prostate. [1][2][3]

In all these cases, the burden of disease plays a major role in survival.

Results from a pre-planned analysis of a large comparison study reported at annual congress of the European Society from Medical Oncology – ESMO 2018, held in Munich, Germany,? shows that radiotherapy to the prostate improves overall survival in men newly diagnosed with metastatic prostate cancer who have a low metastatic disease burden but not in those with higher burden of disease. [4]

?Although outcomes have improved, men still typically die from metastatic prostate cancer within around five years, so there is a need for more effective treatment. We wanted to know if radiotherapy to the prostate might not only improve local control but also slow progression of metastatic disease,? Parker added.

Newly diagnosed Prostate Cancer
The multi-arm, multi-stage STAMPEDE study* (NCT00268476) included a randomized phase III comparison to test whether radiotherapy to the prostate improves overall survival in men with newly diagnosed metastatic prostate cancer. This was based on the hypothesis that primary tumors, which are the original or first tumours occurring in a patient with cancer, could contribute to overall disease progression and shorter survival in men with metastatic prostate cancer.

Study design
The study included 2061 patients (median age 68 years) from the UK and Switzerland who were newly diagnosed with metastatic prostate cancer. They were randomly allocated to standard of care (SOC) treatment consisting of lifelong androgen deprivation therapy plus early docetaxel from 2016 or to SOC plus radiotherapy to the prostate. The radiotherapy schedule was 55Gy/20f daily over 4 weeks or 36Gy/6f weekly over 6 weeks.

Higher burden of disease in prostate cancer is defined as four or more bone metastases with at least one outside the axial skeleton and/or visceral metastases [5].

Radiotherapy to the prostate was well tolerated with 5% of patients having grade 3-4 adverse events during treatment and 4% following treatment.

?There was a small increase in risk of bladder and bowel side-effects but these were modest. The side-effects are certainly outweighed by the survival benefit,? Parker explained.

?Prostate radiotherapy improves the survival of men with metastatic prostate cancer who have a low disease burden,? reported Parker.

?Prostate radiotherapy, in addition to drug treatment, should now be a standard treatment option for men with oligometastatic disease,? he recommended:

Parker also noted that prostate radiotherapy is a simple technique that is widely available and relatively cheap, so he considered that it can be implemented easily. He added that the study results are also relevant to men with pelvic node positive but non-metastatic disease (N1M0) where addition of radiotherapy to drug treatment could be curative.

Local primary tumor
?For the first time, this study provides evidence that treating the local primary tumor is associated with improvement in overall survival in men with metastatic prostate cancer and minimal disseminated disease,? said Professor Karim Fizazi, MD, PhD, a medical oncologist, Head of the Department of Cancer Medicine at the Institut Gustave Roussy, Villejuif, France and Professor in Oncology at the University of Paris Sud, France, commenting on the results in behalf of ESMO.

Fizazi added that the finding that there was no significant increase in overall survival in men with higher burden of disease was in line with the previously reported results from the HORRAD trial, a multi-center study which recruited 432 patients with prostate-specific antigen (PSA) >20?ng/ml and primary bone mPCa on bone scan. This study was conducted between 2004 and 2014.

?For men with newly diagnosed oligometastatic** prostate cancer, it is quite likely that this data is practice changing,? Fizazi observed.

?For men with higher burden of disease more data are needed regarding whether upfront local treatment improves or prevents local symptoms, which, by itself, may justify its use in the absence of an overall survival benefit,? he concluded.

*The STAMPEDE trial is a multi-center, randomized controlled trial for patients with locally advanced or metastatic prostate cancer who are commencing long-term Androgen Deprivation Therapy known as ADT. Participants can have either newly diagnosed disease, or have been previously treated with radical radiotherapy or surgery but now have signs of progression such as a rising prostate specific antigen (PSA), a is a protein produced by normal, as well as malignant, cells of the prostate gland which is often elevated in men with prostate cancer. The trial will assess the effects of adding different agents, both as single agents and in combinations, to the standard-of-care or substituting standard of care.