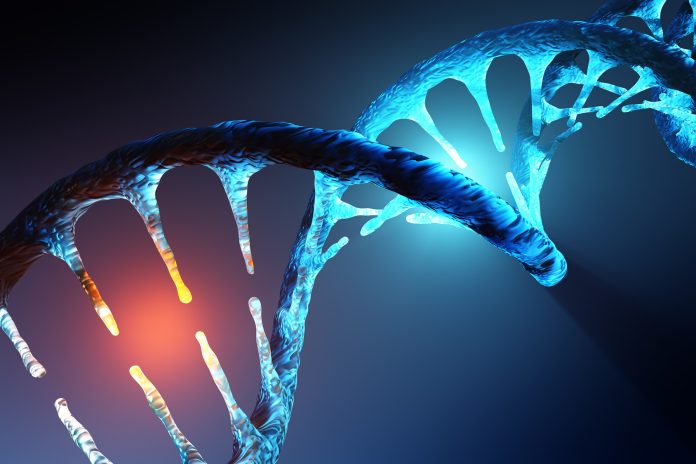 This study was supported by an Ingram Cancer Professorship fund and the China Scholarship Council.

“Our results highlight the fact that male and female breast cancers may not be identical, and that additional research is needed to elucidate the best treatment options for men with breast cancer,” Fei added.

Occurrence of breast cancer has been reported in males aged 5–93 years, with a peak at approximately 71 years. The bimodal age distribution seen in women is absent in men, and the incidence increases exponentially with age.[2]

Test
The 21-gene Oncotype DX test is recommended for patients with early-stage ER-positive, HER2-negative breast cancer to quantify the likelihood of distant recurrence (on a scale of 0-100), which may guide chemotherapy treatment decisions, explained senior author Xiao-Ou Shu, MD, Ph.D, professor of cancer research at the Vanderbilt Ingram Cancer Center. Additionally, this test may be predictive of breast cancer mortality in this patient population, she said.

“We set out to study if the Oncotype DX recurrence score had the same utility to predict mortality in men compared with women,” Shu said.

Using information from the National Cancer Database (NCDB), the Vanderbilt team analyzed data from patients with ER-positive, HER2-negative, stage 1 or stage 2 invasive breast cancer diagnosed between 2010 and 2014. The final analysis included 848 male and 110,898 female patients. All patients had received an Oncotype DX test.

The authors evaluated the relationship between RS and mortality in both male and female patients. They also evaluated the five-year overall survival across low-, intermediate-, and high-risk groups based on the RS categories as indicated by traditional categorization (17 or lower, 18-30, and 31 or greater), and by the TAILORx RS categorization, which was utilized in the TAILORx trial (10 or lower, 11-25, and 26 or greater).

The researchers found that the traditional recurrence scores categories of Oncotype DX, which were associated with mortality in female patients, were not significantly associated with mortality among male patients. However, the researchers observed that men with intermediate- and high-risk RS according to TAILORx cutoffs had significantly higher risks of mortality compared with men with a low-risk TAILORx RS.

“Even though the Oncotype DX test was not specifically designed for men, it still has some prognosis predictive utility in male patients with early-stage ER-positive/HER2-negative breast cancer,” said Shu.

“The primary outcome of the study was total mortality, not breast cancer-specific mortality, representing a major limitation of the study. We did not have access to detailed treatment information (including treatment compliance) or information about pre-existing health conditions or lifestyle habits,” Shu concluded.