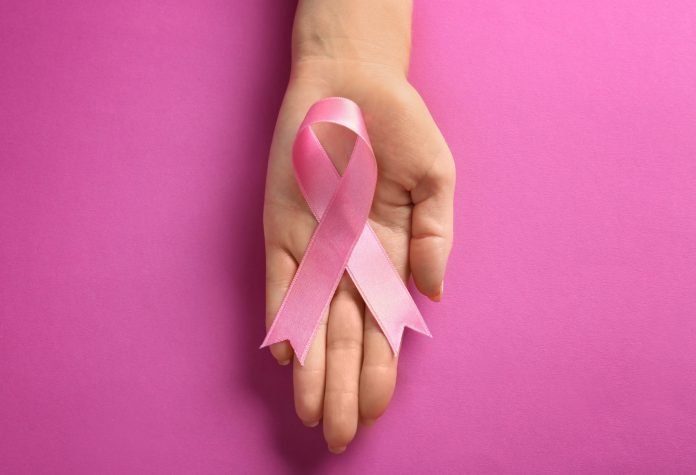 Based on the results of the pivotal HER2CLIMB Trial (NCT02614794) presented at the 42nd San Antonio Breast Cancer Symposium (SABCS) held in San Antonio, Texas, December 10 – 14, 2019, and data published in the New England Journal of Medicine (NEJM), Seattle Genetics confirmed that the company completed the submission of a New Drug Application (NDA) to the U.S. Food and Drug Administration (FDA) for tucatinib.

Tucatinib is an investigational, oral, small molecule tyrosine kinase inhibitor (TKI). Tyrosine kinases are enzymes that are a part of many cell functions, including cell signaling, growth, and division. But in some cases they may be too active or found at high levels in some types of cancer cells. In that case, blocking them may help keep cancer cells from growing.

Tucatinib is highly selective for HER2.

According to the American Cancer Society, in the United Stated, an estimated 271,270 new cases of invasive breast cancer were diagnosed in in 2019.[1] In addition, based on the available data, between 15% and 20% of all diagnosed breast cancer cases worldwide are HER2-positive.[2]

In patients with metastatic breast cancer, the most common site of first metastasis is in bone, followed by lung, brain, and liver.[5][6] In about 50% of metastatic HER2-positive breast cancer cases, patients develop brain metastases over time. [2][7]

Although there have been many advances in the treatment of metastatic HER2-positive breast cancer, there is still a significant unmet medical need for new therapies that can impact metastatic disease, especially brain metastases. There are currently no approved therapies demonstrating progression-free survival or overall survival benefit for the treatment of patients with HER2-positive metastatic breast cancer after progression following treatment with trastuzumab emtanzine.[8][9][10]

Combination therapy
In their NDA, Seattle Generics requested the FDA to approve tucatinib in combination with capecitabine (Xeloda®; Genentech/Roche) and trastuzumab (Herceptin®; Genentech/Roche) for treatment of patients with locally advanced unresectable or metastatic HER2-positive breast cancer, including patients with brain metastases, who have received at least three prior HER2-directed agents separately or in combination, in the neoadjuvant, adjuvant or metastatic setting.

This setting is the same setting for which the investigational drug was recently granted Breakthrough Therapy designation by the FDA and included patients  with brain metastases, who have been treated with trastuzumab, pertuzumab (Perjeta®; Genentech/Roche), and trastuzumab emtanzine (Kadcyla®; Genentech/Roche).

Furthermore, with 41%, the overall response rate was higher in the tucatinib group compared with 23% in the standard of care treatment.

“This is a uniquely designed trial in that it allowed patients to enroll if they had untreated, treated stable or previously treated, but progressive brain metastasis,” Murthy noted.

“Brain metastasizes are common in up to half of patients during the disease course, but there are limited systemic treatment options because most available agents have difficulty crossing the blood brain barrier,” she added.

Well tolerated
The study results demonstrated that the triplet combination of tucatinib + capecitabine + trastuzumab was generally well tolerated with no unexpected toxicities. In the tucatinib arm the investigators observed diarrhea, hand-foot syndrome, nausea, fatigue, and vomiting, all mostly low grade, as the reported adverse events. Furthermore, there was a low drug discontinuation rate of 5.7% in the triplet arm compared with 3% in the control arm.

“This trial verified that tucatinib is both a safe and effective treatment,” Murthy explained during the SABCS.

“These results are realy unprecedented for late line therapy in locally advanced, metastatic, breast cancer.  This is a major treatment advance for patients who have significant unmet medical need. I believe that tucatinib in combination with trastuzumab and capecitabine could be the new standard of care for patients pretreated with multiple anti-HER2 agents including patients with brain metastasis,” Murthy said.

“Today’s submission marks another important milestone for Seattle Genetics and tucatinib, and a potential advance for patients with either locally advanced or metastatic HER2-positive breast cancer, including those with and without brain metastases,” said Roger Dansey, MD, Chief Medical Officer at Seattle Genetics.

“We look forward to working with the FDA on the review of this application,” he concluded.