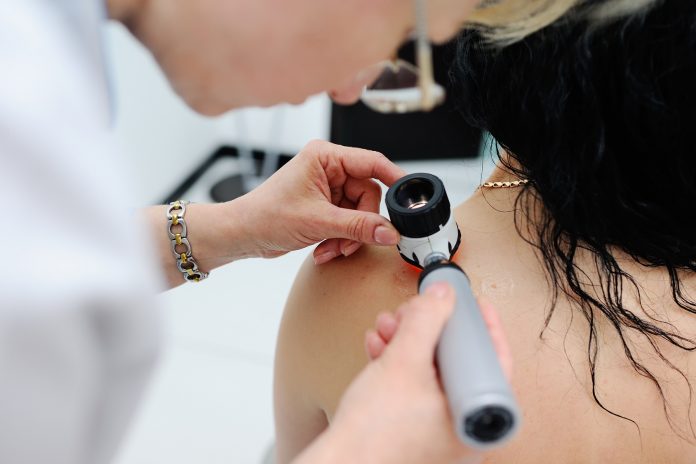 Researchers at the Ludwig Cancer Research Institute,? an international community of scientists focused on cancer research, with headquarters in New York City, NY and Z?rich, Switzerland, have uncovered a cellular mechanism by which melanomas that fail to respond to checkpoint blockade may be made susceptible to such immunotherapies. [1]

The study, led by Ping-Chih Ho of the Lausanne Branch of the Institute and an Assistant Professor at the University of Lausanne, published in Nature Immunology, also identifies an existing diabetes drug that could be used to accomplish that feat.*[1]

Checkpoint inhibitors
Checkpoint blockade therapies are designed to lift the brakes imposed by the body on the immune response, prompting an attack on tumors by the immune system?s killer T-cells.

In recent years, checkpoint inhibitors have yielded unprecedented and durable responses in a significant percentage of cancer patients, leading to U.S. Food and Drug Administration’s approval of six checkpoint inhibitors for numerous cancer indications since 2011. But while these therapies have indeed notched up successes against some major cancers?most notably melanoma and lung cancer?they fail to induce responses in many patients.

For example, more than 40% of melanoma patients fail to benefit from even a combination of anti-PD1 (anti-programmed cell death protein-1) and anti-CTLA4 ( anti-Cytotoxic T-Lymphocyte Associated Protein 4) checkpoint blockade therapies.

?We know that when patients don?t respond, the main reason is that their tumors are not infiltrated with T cells,? noted Ho.

?It?s like the immune system doesn?t have soldiers on the battle field, so it can?t engage in the battle,? he explained.

Wan-Chen Cheng, a graduate student in Ho?s lab and the first author of the study, began by examining what differentiates gene expression in such ‘cold’ tumors from that of their ‘hot’, T cell-infiltrated counterparts. A computational analysis of the genes expressed by melanomas profiled in The Cancer Genome Atlas (TCGA)?a comprehensive, public repository of genomic and clinical information on a wide variety of tumors managed by the National Institutes of Health (NIH) designed to accelerate the understanding of the molecular basis of cancer?revealed that tumors that elicit robust anti-cancer immune responses also tend to express high levels of a metabolic protein named uncoupling protein 2 or UCP2.

UCP2 is a mitochondrial carrier whose protein expression is tightly related to changes in cell proliferation. As a result, it is a crucial player in the cascade of mitochondrial molecular events associated with carcinogenesis. [2]

Furthermore, past research has shown that UCP2 increases glucose utilization and proliferation in normal cells.? Cancer cells that overexpress UCP2 become less tumorigenic while switching their metabolism from glycolysis to oxidative phosphorylation. Therefore, researchers understand that UCP2 may to be a key regulator of cellular metabolism with a relevant function against tumorigenesis.[2]

Based on their current understanding, the researchers believe that the expression of mitochondrial UCP2 in tumor cells determines the immunostimulatory feature of the tumor microenvironment (TME). In turn, this is positively associated with prolonged survival.

Testing
To test these inferences, Cheng, Ho and their team grafted into mice melanoma tumors that could be prompted to express high levels of UCP2. Inducing UCP2 expression indeed boosted the production of factors that drive anti-cancer responses and drew a flood of killer T cells and cDC1 cells into the tumors. Tumors in mice engineered to lack cDC1 cells lacked such T cell infiltration, even when UCP2 was overexpressed.

?With these studies we confirmed that the expression of this protein by cancer cells can change the immune status of the tumor microenvironment, and that this precipitates a well-known anti-tumor immune cycle that is controlled by cDC1 and killer T cells,? says Ho.

Anti-tumor immune response
The researchers next engrafted mice with melanoma tumors known to resist anti-PD-1 checkpoint blockade. Inducing UCP2 expression in these tumors and treating the mice with an anti-PD1 drug elicited robust anti-tumor immune responses that significantly extended survival of the mice. The enhanced immunity also seemed to be restricted to the tumor microenvironment, attenuating a risk associated with checkpoint-blockade: the provocation of autoimmune responses that destroy healthy tissues, sometimes to debilitating and even lethal effect.

Diabetes drug
Scouring the literature, the researchers also identified rosiglitazone (Avandia?; GlaxoSmithKline), an antidiabetic drug in the thiazolidinedione class, that has been reported to induce UCP2 expression.

“Our results suggest that drugs that activate this pathway might improve the therapeutic outcomes of checkpoint blockade treatment,” says Ho.

“The UCP2 protein might additionally serve as a diagnostic marker of response to checkpoint blockade treatment. That?s something we are working on right now,” he added.

The researchers are also confirming their results in preclinical studies that could support a trial evaluating the use of rosiglitazone to improve checkpoint blockade therapy for melanoma.