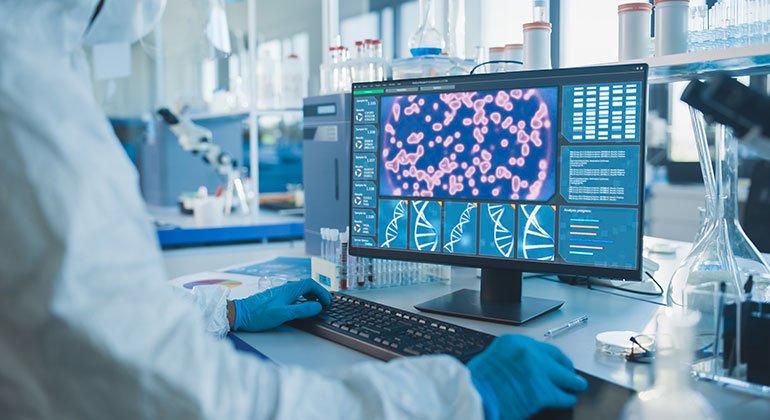 Researchers at Mount Sinai and University California San Diego have shown, for the first time, how mutations affecting a cellular process called RNA splicing are the predominant class of mutations altering cells to develop myelodysplastic syndrome (MDS) and other hematologic malignancies and solid tumors.

In a study published in the online first edition of Cancer Discovery in October 2021, the researchers explain that they found that these mutations produce an alternative version of the protein created by the gene GNAS. This protein can be targeted by drugs already approved by the U.S. Food and Drug Administration (FDA)for treating other cancers, and therefore could be a good target for the treatment of patients diagnosed with in MDS.

Base on their findings, the researchers are developing a clinical trial to test these drugs, known as MEK inhibitors which inhibits the mitogen-activated protein kinase kinase enzymes MEK1 and/or MEK2.

A rare hematological malignancy
Myelodysplastic syndrome or MDS is a rare blood cancer that has no effective treatments and a poor prognosis. The mutations investigated in this study, however, are also found in other cancers, which extends the possible applications of these findings.

“This is the first study to discover that the altered protein created by GNAS is increased in cells with these mutations in MDS, and this results in the activation of processes that would render the cancer cells vulnerable to the MEK inhibitors,” explained co-senior author Eirini Papapetrou, MD, Ph.D, Associate Professor of Oncological Sciences at The Tisch Cancer Institute.

“The discovery that we can try to use MEK inhibitors in this cancer is also a first, and our findings also support future drug development to target GNAS, identified in this study,” Papapetrou added.

Study
Papapetrou led the study with Gene Yeo, Ph.D, professor at UC San Diego School of Medicine. The researchers generated models of the mutations using stem cells, in order to study them in a physiological genetic context. They then turned the engineered cells into hematopoietic progenitor cells—which are the relevant cell type in blood cancers—and performed splicing and RNA binding analyses.

“This work integrates isogenic models of disease with cutting-edge RNA-omics to converge onto a new target for MDS,” Yeo noted.

The analyses allowed the team to identify high-confidence targets and to identify the driver of the disease. The findings highlight an unexpected and unifying mechanism by which SRSF2 and U2AF1 mutations drive oncogenesis – and that MDS cells from the model as well as cells from MDS patients with these mutations were sensitive to treatment with MEK inhibitors.

Based on theses results, the authors conclude that their findings may have potential therapeutic implications for MDS and other SF-mutant neoplasms.