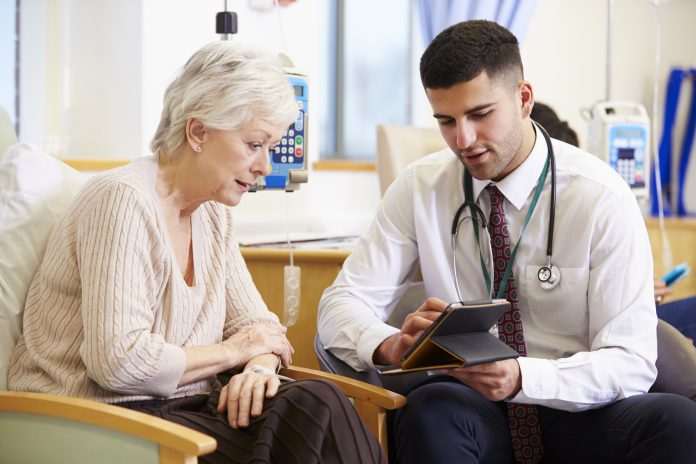 Researchers at NYU Langone Medical Center and its Laura and Isaac Perlmutter Cancer Center, Princess Margaret Cancer Center, the University of Toronto, Harvard Medical School and Oxford University have identified a new signaling pathway that helps cancer cells cope with the lack of oxygen found inside tumors. These are the results of a study published in Nature Cell Biology on June 20, 2016. [1]

Oxygen is important for the proper function of all human cells, but cancer cells thrive even when deprived of it.Rapid, abnormal cell growth seen in many solid tumors causes them to outgrow their blood supply and leave some cells with less oxygen. In the face of this ?hypoxia,? cancer cells change their gene expression to turn off all but the most vital oxygen-using processes.

[Our]… new understanding of cancer cell response to hypoxia, [may] enable the design of future treatments that drive such cells into low-oxygen environments and then take away their ability to survive …

?Our results, by yielding a new understanding of cancer cell response to hypoxia, hopefully will enable the design of future treatments that drive such cells into low-oxygen environments and then take away their ability to survive these conditions,? says Benjamin Neel, MD, PhD, director of the Perlmutter Cancer Center.

In the new research, led by Robert Banh, a graduate student in Neel?s lab, the investigators found that signals sent by the enzyme protein-tyrosine phosphatase 1B orPTP1B work in a previously unknown way to shut down oxygen-using processes in breast cancer cells deprived of oxygen, thereby enhancing their survival.

Diabetes to Cancer to Moyamoya Disease
Neel and colleagues first identified the gene for protein-tyrosine phosphatase 1B (PTP1B) as part of search for molecules that suppress tumor growth in the early 1990s. PTP1B is the hallmark member of a group of enzymes that take a phosphate group away from biomolecules to turn processes like cell growth on or off.

Adapting to hypoxia
Furthermore, researchers found that the three signaling pathways by which cancer cells were known to adapt to hypoxia worked fine in PTP1B-deficient HER2+ breast cancer cells. These included the well-known hypoxia-inducible factor pathway, which shifts the way cells use oxygen from oxidative phosphorylation in cellular ?machines? called mitochondria to glycolysis, which does not require oxygen. Instead they found that other non-mitochondrial sources of oxygen consumption were not dialed down appropriately in PTP1B-deficient breast cancer cells.

The team further found that PTP1B controls the response of tumors in hypoxia by regulating the protein RNF213, which in in turn suppresses oxygen consumption by enzymes called ?-ketoglutarate-dependent dioxygenases (?-KGDDs). These enzymes use oxygen, vitamin C (ascorbic acid) and iron to catalyze myriad reactions.

As the team began to fill in details concerning PTP1B pathway, they realized from the literature that RNF213 was also important in a rare condition called Moyamoya Disease, a rare, progressive cerebrovascular disorder caused by blocked arteries at the base of the brain in an area called the basal ganglia. To compensate for the blockage patients experience abnormal blood vessel growth in the brain that can lead to blocked arteries and seizures.[2]

Conceivably, Neel noted, Moyamoya disease symptoms could reflect an abnormal response to hypoxia in vascular cells, and his lab is working to understand the condition?s molecular basis.

?We have seen many times in the cancer field that studies of rare syndromes can be being important in explaining mechanisms by which cells respond to stresses,? says Neel. ?We hope our new study will provide insights into Moyamoya disease that then feed back into our work in cancer biology.?