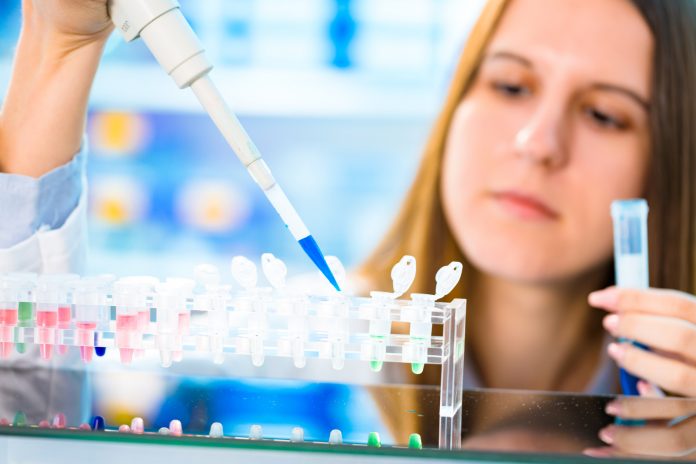 Epithelial cancers, including cancers of the lung and pancreas, use the ανβ3 molecule to gain drug resistance to standard cancer therapies by promoting tumor cell growth and suppressing anti-tumor immune function. As a result, these cancers become highly metastatic.

Study results published in Cancer Research, a publication from the American Association for Cancer Research, scientists from the University of California San Diego School of Medicine identified a new therapeutic approach in mouse models that halts drug resistance and progression by using a monoclonal antibody that induces the immune system to seek and kill ανβ3-expressing cancer cells.

“This antibody is designed to seek and destroy the most stem-like, drug-resistant, aggressive tumor cells. It does this by building a bridge between tumor-associated macrophages and these highly aggressive tumor cells,” said David Cheresh, PhD, Distinguished Professor and vice chair of Pathology.

“What we have been able to observe in mice is that when we give this drug to drug-resistant tumors, it prolongs their response to standard of care and prevents their capacity to enter the blood stream.”

During the study period, no tumor progression or drug resistance was detected while untreated animals developed tumor growth and metastasis. The research in mouse models focused on pancreatic and lung cancer cells treated in combination with LM609 and the EGFR inhibitor erlotinib. But, the antibody is expected to work in combination with various drugs currently used to treat cancer patients, said Cheresh.

“We have observed a highly significant link between the appearance of ανβ3 expressing tumors and the appearance of tumor-associated macrophages,” said Cheresh, associate director of innovation and industry alliances at UC San Diego Moores Cancer Center.

“Normally, the appearance of tumor-associated macrophages promotes tumor growth and metastasis. However, our antibody arms these macrophages to join our fight against the cancer.”

Specialized immune cells
Macrophages are specialized immune cells that promote tissue inflammation, stimulate the immune system and rid the body of foreign debris, including cancer cells. TAMs instead create a pro-tumor environment that accelerates tumor growth, angiogenesis (the development of new blood vessels to support the tumor) and suppresses immune recognition of the tumor by the host immune response.

As tumors progress, the abundance of TAMs increases, allowing the cancer to become more aggressive and spread. As tumors become drug-resistant, ανβ3 appears on cell surfaces.

The Cheresh lab previously discovered that ανβ3 is upregulated on various cells during normal wound repair and in cancer cells as cancer becomes invasive. In both cases, this molecule triggers cells to enter a stress-tolerant state. In normal epithelial cells, this state enables them to initiate tissue remodeling, such as healing. In cancer, it allows cells to become drug-resistant and highly metastatic.

The current study revealed a new approach to induce TAMs to reverse course, killing cancer cells rather than supporting them. The antibody prompts these macrophages to begin killing tumor cells through a mechanism known as antibody-dependent cytotoxicity (ADCC).

“These results were initially unexpected since macrophages usually destroy cells via phagocytosis, a process that involves them literally devouring the foreign or target cell,” said Cheresh, a faculty member of the Sanford Consortium for Regenerative Medicine.

“Also, ADCC is typically known to be induced by natural killer cells, but we saw very few of these NK cells in the late-stage, drug-resistant cancers we have examined.”

“We believe that the effectiveness of this antibody is based on three things: Its capacity to recognize drug-resistant cancers. Its ability to bind to a particular receptor on tumor-associated macrophages. And its capacity to induce ADCC of these highly aggressive tumor cells.”

The team is currently producing a humanized version of this antibody, which Cheresh hopes will do in humans what LM609 does in mice.