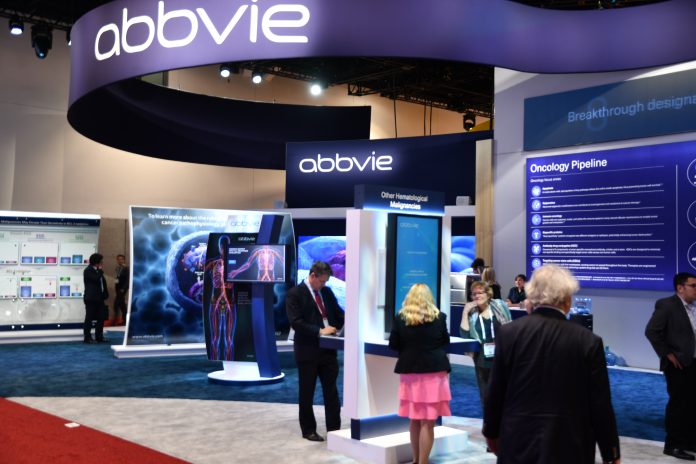 Small cell lung cancer or SCLC, sometimes called oat cell cancer, is a highly aggressive, difficult to treat cancer and occurs, according to the American Cancer Society, in about 10% to 15% of lung cancers.[1]

Patients typically include heavy smokers who are, on average, in their 70s and older. At the time of diagnosis, these patients generally present with symptoms such as intrathoracic tumors growth and distant spread or paraneoplastic syndromes.[2]

There are currently no approved therapies for the treatment of patients in ≥ 3rd line. Historical data demonstrate a median overall survival of 4.7 months. As a result, there is a major unmet medical need.

Investigational drug
Rovalpituzumab tesirine (Rova-T/SC16LD6.5; AbbVie) is an investigational antibody-drug conjugate or ADC targeting the cancer-stem cell-associated delta-like protein 3 (DLL3), an atypical Notch ligand which is expressed in more than 80% of small-cell lung cancer patient tumors, where it is prevalent on tumor cells, including cancer stem cells, but not present in normal, healthy, tissue. [3][4] The drug includes the cytotoxic payload D6.5 Pyrrolobenzodiazepine (PBD) conjugated to cysteine residues on the SC16 antibody via a maleimide-containing linker with an eight-carbon polyethylene glycol spacer, cathepsin B–cleavable valine-alanine dipeptide, and self-immolating group, with a mean drug-to-antibody ratio (DAR) of 2.

However, follow-up studies, including the open-label, single-arm, Phase II TRINITY study (NCT02674568) did not demonstrate the results the sponsor had hoped for. As a result, in March 2018 AbbVie announced that after consulting with the U.S. Food and Drug Administration (FDA), it would not seek accelerated approval for the drug in third-line relapsed/refractory small cell lung cancer (SCLC).

At the time, Mike Severino, MD, executive vice president of research and development and chief scientific officer, AbbVie, noted: “Although the results from the study were not what we hoped for, we look forward to receiving data from the ongoing Phase III studies in the first- and second-line settings and remain committed to developing Rova-T for the treatment of patients with small cell lung cancer.”

Earlier this month the results of the phase III MERU study, evaluating rovalpituzumab tesirine as a first-line maintenance therapy for advanced small-cell lung cancer (SCLC), demonstrated no survival benefit at a pre-planned interim analysis for patients receiving the trial drug as compared with placebo. [6]

While the overall safety profile of the investigational drug was generally consistent with that observed in previous studies, based on the results of the MERU study, AbbVie, in a statement, announced that the trial had been closed.

Stemcentrix
In April 2016 AbbVie announced that it would acquire Stemcentrx, the original developer of rovalpituzumab tesirine, for approximately $5.8 billion in cash and stock. At the time of the acquisition, Stemcentrx had four novel compounds in clinical trials across several solid tumor indications including triple-negative breast cancer, ovarian cancer and non-small cell lung cancer. The company also had additional pre-clinical compounds advancing toward clinical trials as well as a proprietary technology platform leveraging stem cell biology to identify and screen potential targets against live tumor tissue to more predictably advance discovery and development of new assets.

Recommendation
An Independent Data Monitoring Committee (IDMC) recommended terminating MERU due to lack of survival benefit for patients receiving rovalpituzumab tesirine compared with the placebo control arm based on results at a pre-planned interim analysis. Results from the MERU trial will be presented at a future medical meeting and/or published in a peer-reviewed medical journal.

“Small-cell lung cancer continues to be one of the most difficult-to-treat cancers where there is a significant need for transformative therapies. We are disappointed with this outcome for the patients who suffer from this disease,” said Margaret Foley, MD, vice president, global head of solid tumor development, AbbVie.

“We remain committed to researching and developing other therapies with the potential to transform care for patients with small-cell lung cancer and other malignancies,” Foley added.

This article was first published on ADC Review | Journal of Antibody-drug Conjugates.