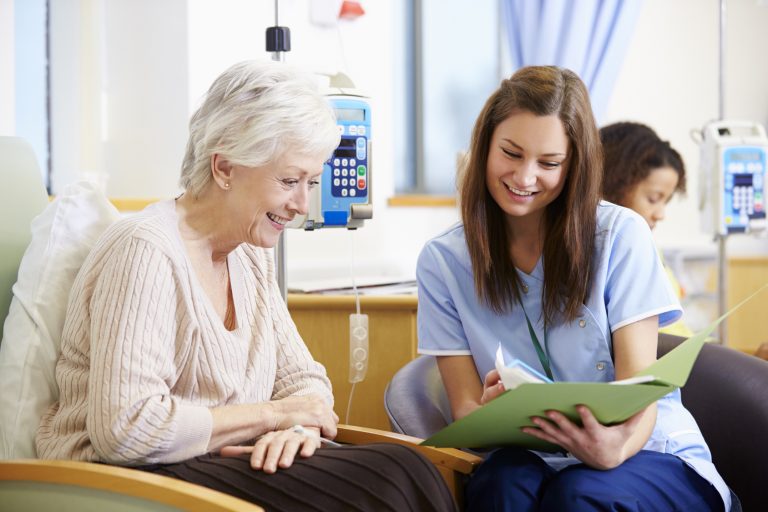 The phase III GO2 randomized trial of 514 older and frail people in the United Kingdom with advanced gastroesophageal cancer found that the lowest tested dose of oxaliplatin (Eloxatin?; Sanofi Genzyme) and capecitabine (Xeloda?; Genentech/Roche) was comparable to the highest dose in terms of delaying disease progression and minimizing side effects. [1]

Results of the study, which received funding from Cancer Research UK and was sponsored by the University of Leeds, will be presented at the upcoming annual meeting of the American Society of Clinical Oncology (ASCO) to be held in Chicago, Ill, May 31 – June 4, 2019.

“Previous trials of palliative chemotherapy for gastric and esophageal cancer have not included frail or older patients, therefore the benefit of chemotherapy in these groups was unknown,? said lead study author Peter S. Hall, PhD, a Medical Oncologist at the University of Edinburgh, United Kingdom.

Each year, more than 17,000 people in the United States are diagnosed with esophageal cancer, [2] and the majority are older or frail and unable to tolerate the combination of three types of chemotherapy. This cancer is usually diagnosed at a late stage and is the sixth most common cause of cancer deaths worldwide. It is more common in men and older people, with a median age at diagnosis of 68. The 5-year relative survival rate for advanced gastroesophageal cancer in the United States is 5%. [3]

In a phase II trial in a similar population of older and frail patients with advanced gastroesophageal cancer, the combination of oxaliplatin, a therapy that inhibits DNA replication, and capecitabine, a therapy that inhibits tumor cell division, was found to be more effective at controlling disease than capecitabine alone. It was also more effective than a combination that included oxaliplatin, capecitabine, and epirubicin (Ellence?; Pfizer), which was too toxic and could not be tolerated. Epirubicin inhibits DNA and RNA synthesis, resulting in cancer cell death.

This trial was designed to find the optimum dose of capecitabine and oxaliplatin for use in older or frail patients. To determine optimal clinical benefit, tolerability, quality of life, and patient satisfaction, for the two-medicine therapy, researchers incorporated these factors and others into an assessment tool called Overall Treatment Utility, or OTU.

Between 2014 and 2017, investigators randomly assigned people, age 51 to 96, to three dosage levels. Level A was 130 milligrams per meter squared of body surface area (mg/m2) of oxaliplatin given once every 21 days and a 625 mg/m2 dose of capecitabine twice a day given continuously. Level B was 80% of Level A dosage and Level C was 60% of Level A dosage. People with decreased kidney function received 75% of the suggested doses of capecitabine. After 9 weeks, patients were assessed for OTU. Continuation of the medicines was based on the judgement of the physicians.

People who received Level C dosages had fewer toxic reactions to the medicines and better OTU outcomes than Levels A or B. Level C produced the best OTU even in younger, less frail people and no group benefited more from higher dosage levels.

The GO2 trial is the third study in the UK to use OTU as a study outcome in older and frail people, the first being the FOCUS2 trial of colorectal cancer patients and the second being the 321GO trial in gastroesophageal cancer patients. According to the authors, the use of OTU could present a new paradigm for how to assess outcomes in older populations with late-stage disease.

The researchers are working on sub-analyses of their findings. Additionally, they hope to determine if any one of the nine factors that comprise the OTU is dominate or more determinative regarding a patient?s health.

Based on the study results, which showed that the lowest dose tested was non-inferior in terms of PFS and produced less toxicity and better overall treatment utility, the researchers believe that the study is instrumental in guiding future treatment.

Commenting on the results of the study, Monica M. Bertagnolli, MD, FACS, FASCO, the current president of the American Society of Clinical Oncology noted: ??Less is more? is becoming a common refrain in some areas of cancer treatment, and one that is paying off for patients? quality of life. This trial seeks to balance quality of life and increased survival for older and frail people receiving palliative treatment for gastroesophageal cancer, providing data that we sorely need for this patient population. These data are important because they provide a potential new option for patients to slow the progression of the disease.?

No posts to display