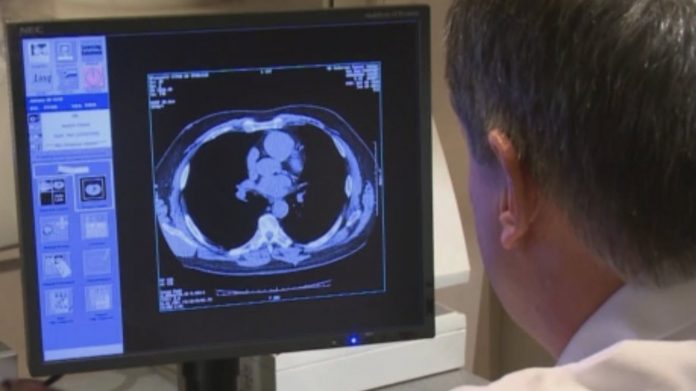 A study published in the Journal of Thoracic Oncology shows that lung-cancer specific clinical trials supported by the pharmaceutical industry do not demonstrate more bias when compared to studies funded by other sources.[1]

Conducting clinical trials is expensive and often requires funding from a variety of funding sources, including the pharmaceutical industry. And while industry-sponsored clinical trials may lead to important therapeutic advances, the potential for bias may exist on multiple levels.[2]

In many cases the assumption is that unlike publicly funded, academic studies, industry supported clinical trials may be adversely affected by business interests. Some argue that a large number of these industry-sponsored studies are prematurely terminated for financial reasons rather than for scientific or ethical ones. [3][4]

To minimize business over science, academic internal review boards, U.S. Food and Drug Administration (FDA) drug advisory committees, peer reviewers, and journal editors each play vital role in recognizing such bias. As such, they ensuring that only novel drugs supported by unbiased, rigourous scientific evidence from well-executed studies reach the clinic to meet the unmet needs of patients.[2]

However, while previous studies have indicated that some industry-sponsored clinical studies may indeed be biased, the authors of a review in the Journal of Thoracic Oncology don’t see a strong bias in studies involving lung cancer.[1]

Aguiar and his team analyzed 477 studies focusing on non-small cell lung cancer published between 2012 and 2017. Their analysis focused on 275 trials sponsored by the pharmaceutical industry and 202 funded by other sources. These studies included 85,328 patients, involving 64,434 in studies sponsored by pharma and 20,894 in studies with other funding sources.

The authors observed that industry interests may determine the types of research questions to be answered by clinical trials, as well as their experimental design. However, previous studies suggest that even the results of some trials may be affected by industry-vested interests through several types of systematic errors such as reporting bias and violation of the uncertainty principle. These cases may emphasize the reporting and dissemination of positive results may favor a higher rate of reporting in comparison with negative ones.

However, Aguiar’s group’s analysis of clinical trials focusing on non-small cell lung cancer did not reveal any such bias.

“We found that studies funded by the pharmaceutical industry had stronger evidence, evaluated more innovative therapies and resulted in a higher proportion of open access manuscripts than studies supported by other funding sources,” Aguiar noted.

“There was no significant difference regarding the reporting of experimental arm superiority between the two groups or the risk of bias”, he added.

National Institute of Health
The conclusion of this study is important because of the higher proportion of funding available from the pharmaceutical industry.

The pharmaceutical industry plays a vital role in financing the research required to develop novel drugs. And while grants from the National Institutes of Health (NIH) fund most basic research in academic laboratories, the pharmaceutical generally bears the cost of identifying new molecular entities, inclusing preclinical testing and clinical studies involving human subjects.

For example, in the United States, funds for the National Institutes of Health to invest in one year is approximately U.S. $ 39 billion. In contrast, the amount spent by the pharmaceutical industry per year exceeds U.S. $ 100 billion. During the five years considered in this review, the proportion of studies funded by the pharmaceutical industry increased from 49% in 2012 to 65% in 2017.

“In our study, the results of pharmaceutical industry-sponsored trials did not favor the experimental arms compared with other sources of funding and the reporting bias was considered low for almost 90% of all included studies,” Aguiar concluded.