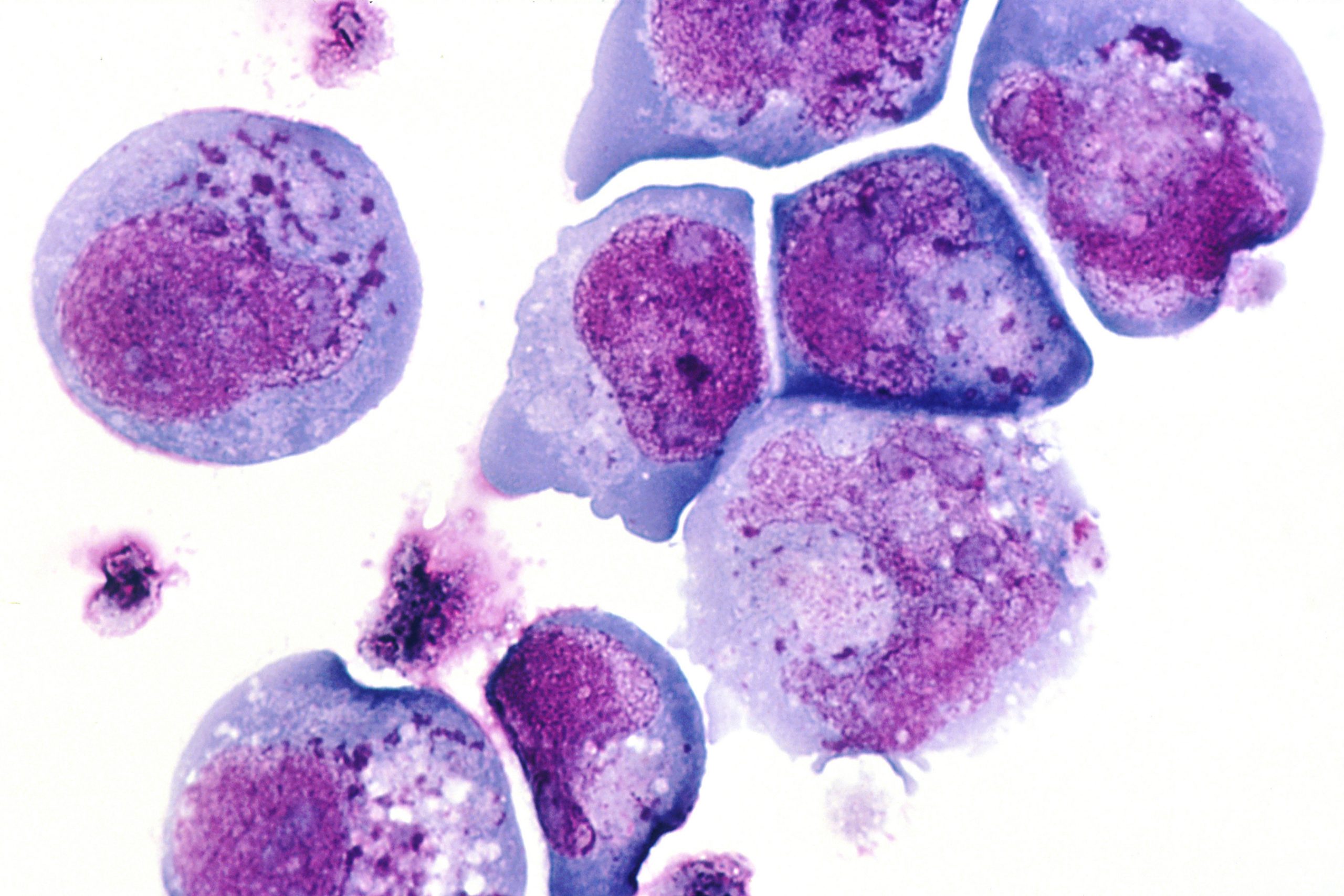 Posoleucel, also known as Viralym-M and ALVR105, an investigational allogeneic off-the-shelf T-cell therapy that simultaneously targets six different viruses, demonstrated promising antiviral efficacy and safety in a phase II study of patients who had undergone stem cell transplantation to treat their cancer or other blood diseases. [1]

The treatment is being developed by AlloVir.

The results of the study were published in Clinical Cancer Research, a journal of the American Association for Cancer Research (AACR). [1] The study was supported by the National Heart, Lung, and Blood Institute Production Assistance for Cellular Therapies; Conquer Cancer Foundation/American Society for Clinical Oncology; the Dan L Duncan Comprehensive Cancer Center; and the National Institutes of Health.

Susceptible to viral infections
Patients with blood cancers and other hematologic disorders may be treated with allogeneic stem cell transplantation (allo-SCT), a procedure in which the patient’s stem cells are replaced by those from a donor. Patients who undergo this procedure are highly susceptible to viral infections that can lead to significant morbidity and mortality, explained Pfeiffer.

“Traditional antiviral medications often have difficult-to-tolerate toxicities, such as myelosuppression or kidney injury,” he aded.

“The ability to target six viruses with a single therapy would be beneficial for patients with multiple viral infections,” Omer said

“Additionally, posoleucel is the first T-cell therapy in development for BK virus, which can cause severe bladder infections, resulting in excruciating pain for patients.” he explained.

Healthy donors
Since posoleucel utilizes healthy donor T-cells rather than the patient’s or transplant donor’s T cells, it avoids the lengthy development process of more customized therapies, making it an off-the-shelf therapy readily available for use, Omer added.

“Patients with these viral infections often have severe symptoms and require treatment as soon as possible,” he said.

Study design
The trial enrolled 58 adult and pediatric patients who had undergone allo-SCT to treat cancers or other diseases of the blood and had infections of at least one of the six viruses that posoleucel is designed to target.

Eligible patients were either unresponsive to or unable to tolerate standard therapies for these viruses. In total, there were 70 viral infections in the trial population, the majority of which were CMV and BK virus infections.

Outcomes
Fifty-five of 58 patients (95 percent) had responses to posoleucel within six weeks of infusion, and the amount of circulating virus was reduced by an average of 97 percent in these patients. Among the 12 patients who had more than one viral infection, 10 patients (83 percent) had a response against the viruses with which they were infected.

Responses against specific viruses were as follows:

Adverse events
No patients experienced cytokine release syndrome. Thirteen patients (22 percent) reported acute graft-versus-host disease (GvHD); however, only four of these cases were considered de novo cases, as nine patients had been diagnosed with GvHD prior to posoleucel treatment. Only three patients reported acute GvHD grade 2 or higher. The most common GvHD symptoms were skin flares, which were successfully treated in the majority of cases.

Multi-Virus Prevention
Multi-virus prevention represents the most transformational potential use of posoleucel, moving upstream to prevent the progression of viral reactivations to clinically significant infections and avoid the deleterious downstream effects of these infections. Final data from the open-label, Phase 2 multi-virus prevention study of posoleucel were recently presented at the 64th ASH Annual Meeting and Exposition.

The posoleucel Phase 3 multi-virus prevention trial (NCT05305040) is enrolling adult and pediatric patients in the U.S., Europe, Asia, Australia and Canada. Enrollment is expected to complete by year-end 2023, enabling topline data in mid-2024.

Impressive results
“The key finding is that 95 percent of patients whose infections had been refractory to conventional therapies responded to posoleucel with corresponding reductions in viral load and with limited rates of GvHD,” noted Pfeiffer.

“Overall, posoleucel was found to be very effective and had a favorable safety profile in a highly vulnerable patient population,” he added.

“Another exciting observation from this study was that posoleucel could be administered within 24 hours in some cases, with symptom resolution in a matter of days in some patients,” Omer explained

“It was quite impressive how quickly patients could be treated,” he concluded.

Study limitations
A limitation of the study was its single-arm design. Randomized phase III clinical trials evaluating posoleucel are underway.