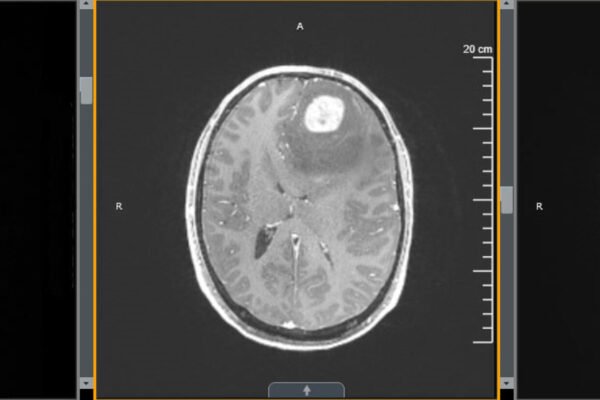 Treatment with an immune-boosting protein called interleukin 7 (IL-7), a tissue-derived cytokine with the primary sources stromal and epithelial cells, in combination with radiation improves survival in mice with glioblastoma (GBM).

This is the conclusion based on a new study from Washington University School of Medicine in St. Louis, MO, USA. The findings are published January 14, 2021, in Clinical Cancer Research, a journal of the American Association for Cancer Research. [1] The study was supported, in part, by NeoImmuneTech, the Division of Oncology Startup Funds, the Department of Radiation Oncology Startup Funds, the National Institute of Neurological Disorders, and Stroke of the National Institutes of Health (NIH), the Alvin J. Siteman Cancer Research Fund, and others.

Poor outcomes
Glioblastoma, is the most common tumor of the central nervous system and among the deadliest cancers in adults. Despite optimization of therapeutic standard-of-care, the overall survival of glioblastoma has not improved over the last decade, and, in fact, has proven stubbornly resistant to newer immunotherapies. [2] Furthermore, radiation and chemotherapy (temozolomide/TMZ; Temodar®; Merck & Co) the standard treatment for glioblastoma, may cause prolonged systemic lymphopenia (also called lymphocytic leukopenia or lymphocytopenia), which itself is associated with poor outcomes and results in fewer than 10% of patients surviving longer than five years after diagnosis.[1][2]

Improving survival in mice
But a new study from researchers at Washington University School of Medicine in St. Louis shows that treatment with an immune-boosting protein called interleukin 7 (IL-7) in combination with radiation improves survival in mice with glioblastoma. The new mouse study shows that IL-7 increases the number of T-cells in the tumor and other immune organs. Such immune cells can then attack the cancer cells and improve survival.

The study in mice suggests promise for a phase 1/2 clinical trial at Siteman Cancer Center at Barnes-Jewish Hospital and Washington University School of Medicine in St. Louis that is investigating NT-I7, a long-acting type of IL-7 that expands CD4 and CD8 T-cell numbers in humans and mice in patients with glioblastoma.

Current standard of care
Radiation in combination with chemotherapy is the standard of care for various cancers including glioblastoma. Although beneficial against cancer, these treatments also can impair patients’ T-cells, known as lymphocytes, that are important for fighting infections. Many glioblastoma patients have low levels of T-cells. Glioblastoma patients who have chronically low lymphocyte counts don’t survive as long as patients with higher numbers of these T-cells.

“Previously, a multicenter study from the American Brain Tumor Consortium showed a six-month shorter survival for patients with low versus normal numbers of T cells,” said first author Jian L. Campian, MD, Ph.D., who conducted the research at Washington University School of Medicine and the Brain Tumor Center at Siteman.

“We knew that glioblastoma patients with low lymphocytes surprisingly also have low IL-7, which is a growth factor that supports T-cells. Normally, people with low T-cells should have a high level of IL-7. We wanted to find out if giving IL-7 to patients could increase the numbers of T-cells and, in the process, have a positive impact on survival,” Campian added.

The researchers found that mice with glioblastoma tumors treated with a combination of chemotherapy, radiation, and IL-7 lived longer than mice that received only chemotherapy and radiation. The study demonstrated that this combination increased T lymphocytes in the lymph nodes, thymus, and spleen, enhanced IFNγ production, and decreased T regulatory cells (Treg cells) in the tumor, which was associated with a significant increase in survival.[1]

Potential impact on Human
“It’s difficult to know how these increases in survival in mice might translate to people,” said co-senior author Milan Chheda, MD, an associate professor of medicine.

“If many of these mice are surviving at least three months by adding IL-7, we’re hoping to see some type of improvement in our patients who are treated with IL-7. As a basis for comparison, the chemotherapy given for glioblastoma is called temozolomide, and it was first approved because it improved patient survival by an average of slightly over two months,” Chheda explained.

In addition to increasing T-cell numbers in the tumor and the tumor’s environment, IL-7 treatment increased T-cells in the blood and immune organs, including the thymus, spleen, and lymph nodes, the investigators found. The therapy also reduced T regulatory cells, which are known to suppress the immune system in the microenvironment of brain tumors.

“We are encouraged by the results we are seeing in the mice,” noted senior author Dinesh Thotala, Ph.D., an associate professor of radiation oncology.

“We also see evidence that IL-7 could be considered as a replacement for temozolomide, especially among the nearly 70% of patients who have a type of tumor that does not respond well to this chemotherapy,” Thotala said.

“If we are able to increase the number of T cells by giving IL-7, we would like to find out if adding immune checkpoint inhibitors would then increase T cell activity against the cancer cells,” said Chheda, who treats patients at Siteman Cancer Center.

Follow-up
Campian, who is now with the Mayo Clinic, said the researchers have plans to launch a follow-up study in glioblastoma patients at Washington University and the Mayo Clinic to determine whether combining immune checkpoint inhibitors with long-acting IL-7 boosts survival.

Featured image: An MRI scan of the brain of a patient with glioblastoma.