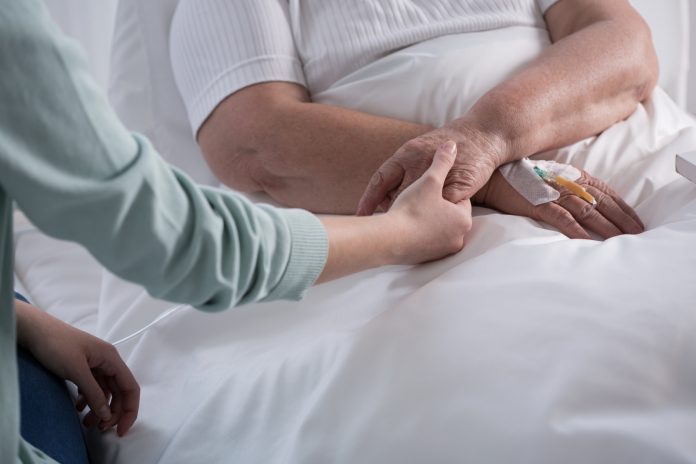 Increasing the participation in clinical trials may be instrumental in overcoming health disparities in the treatment of advanced or recurrent ovarian cancer according. This is the conclusion of a study presented at the Society of Gynecologic Oncology?s 2018 Annual Meeting on Women?s Cancer, held March 24 – 27, 2018 in New Orleans, LA.

The study evaluated the effect of clinical trial participation on overcoming health disparities such as race and distance to cancer center through January 2004 to June 2017 at Georgia Cancer Center at Augusta University in Augusta, GA.

Lead researcher Khilen Patel, MD, at the Medical College of Georgia, noted that the study showed similar overall survival rates for white and minority patients participating in clinical trials. These survival rates differ significantly from that of white and minority patients not participating in clinical trials.

Overall Survival
In the study, the overall survival of patients with stage 3 or greater epithelial ovarian fallopian tube, and peritoneal cancer at the Georgia Cancer Center, one of 12 minority National Cancer Institute Community Oncology Research Programs (NCORP), were compared in 236 patients, some participating in clinical trials and some not.

For those enrolled in clinical trials, white patients had an average survival of 53 months compared to 50 months for minority patients.

?The evidence shows that the minority patients participating in clinical trials had increased overall survival,? Patel said, compared to those not enrolled in a clinical trial.

Video 1.o: Released by the Foundation for Women’s Cancer and Society of Gynecologic, this? video teaching tool helps patients? who might be interested in participating in gynecologic cancer clinical trials understand what’s involved. Total time: 19-minute. [1]


Patel’s research evaluated the distance to travel to the center for each patient. It found that white patients that lived closer to the institution compared to minorities had a significantly improved overall survival than patients living further away in rural Georgia.

?This study shows the benefit for clinical trials enrollment for minorities,” he said. “It also shows the importance of having programs to allow patients to live close to the center while going through treatment.”

However, these trials are crucial because the signisignificantly improve survival for women with gynecologic cancers, including cervical, ovarian, endometrial, and vulvar cancers.? With more than a 50-year history in developing clinical trials, the gynecologic cancer community, including the Gynecologic Oncology Group (GOG) and the National Cancer Institute?s Cancer Therapy Evaluation Program (NCI CTEP) have shown how these trial are leading to better medicine – meeting crucial unmet medical needs of women.? In turn, the successful completion of these clinical trials has resulted in peer-reviewed publications that have advanced care for women with gynecologic cancer.

?Our study is evidence that no one should be afraid of clinical trials and that more attention needs to be placed on enrollment,? Patel said.

?Professional [medical] organizations like SGO and physicians need to emphasize the importance of enrollment in clinical trials to improve outcomes for our patients,? he added.