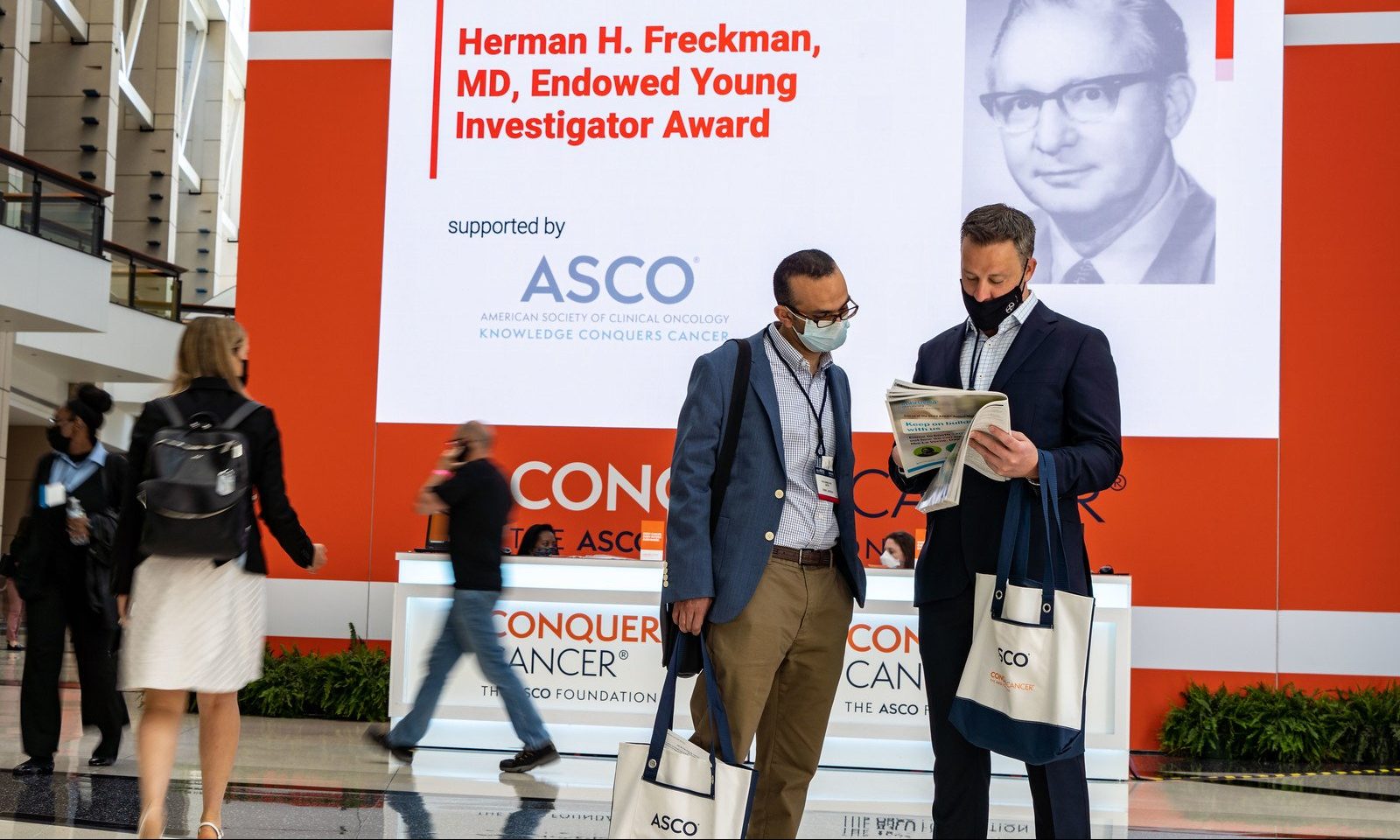 This is the outcome from the SHINE-study which was supported by Janssen Pharmaceuticals and Pharmacyclics (an AbbVie Company). The results of the study were reported at the annual meeting of the American Society of Clinical Oncology (ASCO), held from June 3-7, 2022 in Chicago, Il. [1]

A rare disease
Mantle cell lymphoma (MCL) is a rare type of non-Hodgkin’s lymphoma (NHL), a cancer that affects the lymphatic system. It develops from malignant B-lymphocytes within a region of the lymph node known as the mantle zone.

The disease affects men more than women, and more commonly in those older than 65 years of age. Approximately one out of 200,000 individuals per year worldwide are diagnosed with mantle cell lymphoma. About 4,000 people a year are diagnosed with the disease in the United States. [2]

Drug combinations
There are several drug combinations used to treat mantle cell lymphoma and some are more intensive than others. Because more intensive treatments tend to have more side effects, they are often reserved for younger patients or patients in good overall health. Older people with mantle cell lymphoma can seldom tolerate intensive chemotherapy or stem cell transplantation due to the high degrees of toxicities associated with those therapies, leading to unsatisfactory outcomes in this group of people. Hence, there is an urgent unmet need to develop additional treatment options for older people with mantle cell lymphoma.

Study design
The double-blind phase III SHINE trial randomly assigned 523 patients, age 65 or older with mantle cell lymphoma, to either ibrutinib plus bendamustine-rituximab (261 patients) or placebo plus bendamustine-rituximab (262 patients). Both study groups had similar baseline characteristics. The median age of the patients in the study was 71 years. The median time that the patients were followed was seven years.

Participating patients were stratified by simplified MIPI score (low vs intermediate vs high risk) and were randomized 1:1 to ibrutinib (560 mg orally daily) or placebo, plus 6 cycles of bendamustine (90 mg/m2) and rituximab (375 mg/m2). The median age of patients was 71 years (range, 65–87), 65.6% of patients had low/intermediate simplified MIPI, and 8.6% had blastoid/pleiomorphic histology.

Study Findings
The study results showed that at the primary analysis, median follow up was 84.7 months. The primary endpoint was met as PFS was significantly improved in the ibrutinib group vs the placebo with bendamustine-rituximab group (hazard ratio, 0.75; one-sided P = 0.011).

Median PFS was 80.6 months with ibrutinib in combination with bendamustine-rituximab and rituximab maintenance, a 50% improvement over the group that received a placebo with bendamustine-rituximab and rituximab maintenance, which saw a median PFS of 52.9 months. The complete response rate was 65.5% in the ibrutinib group and 57.6% in the placebo group (P = 0.0567). There was no difference in OS between treatment groups at the time of the latest assessment of outcomes (P = 0.648). 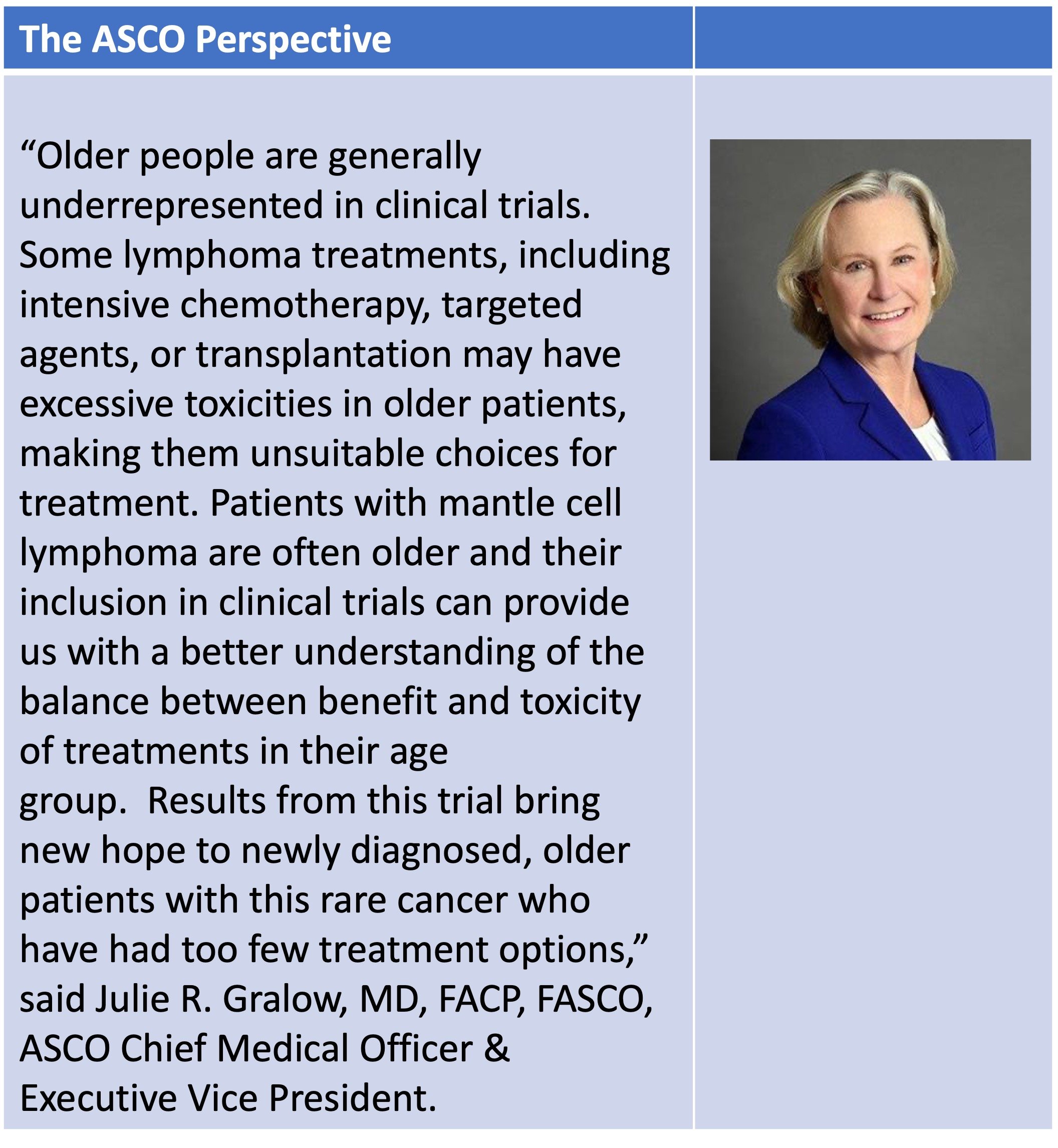 Positive impact
“The SHINE study is the first international phase III trial to show a positive impact of ibrutinib combined with standard-of-care treatment in this disease. The progression-free survival is substantially longer than the common treatment options used today, which is an important clinical advancement,” said lead author Michael Wang, MD, who is a professor in the department of Lymphoma & Myeloma at The University of Texas MD Anderson Cancer Center in Houston.

Health related Quality of Life (hrQoL) was also similar in both groups.

Next Steps
The patients in the study continue to be followed for longer-term OS.

Small molecule drug
Ibrutinib is a small molecule drug that inhibits immune system B-cell proliferation and survival by irreversibly binding to the protein Bruton’s tyrosine kinase. It is currently approved as a single agent for the treatment of patients with mantle cell lymphoma who have received at least one prior therapy.

Bendamustine and rituximab are commonly given in combination for the treatment of older patients with mantle cell lymphoma.