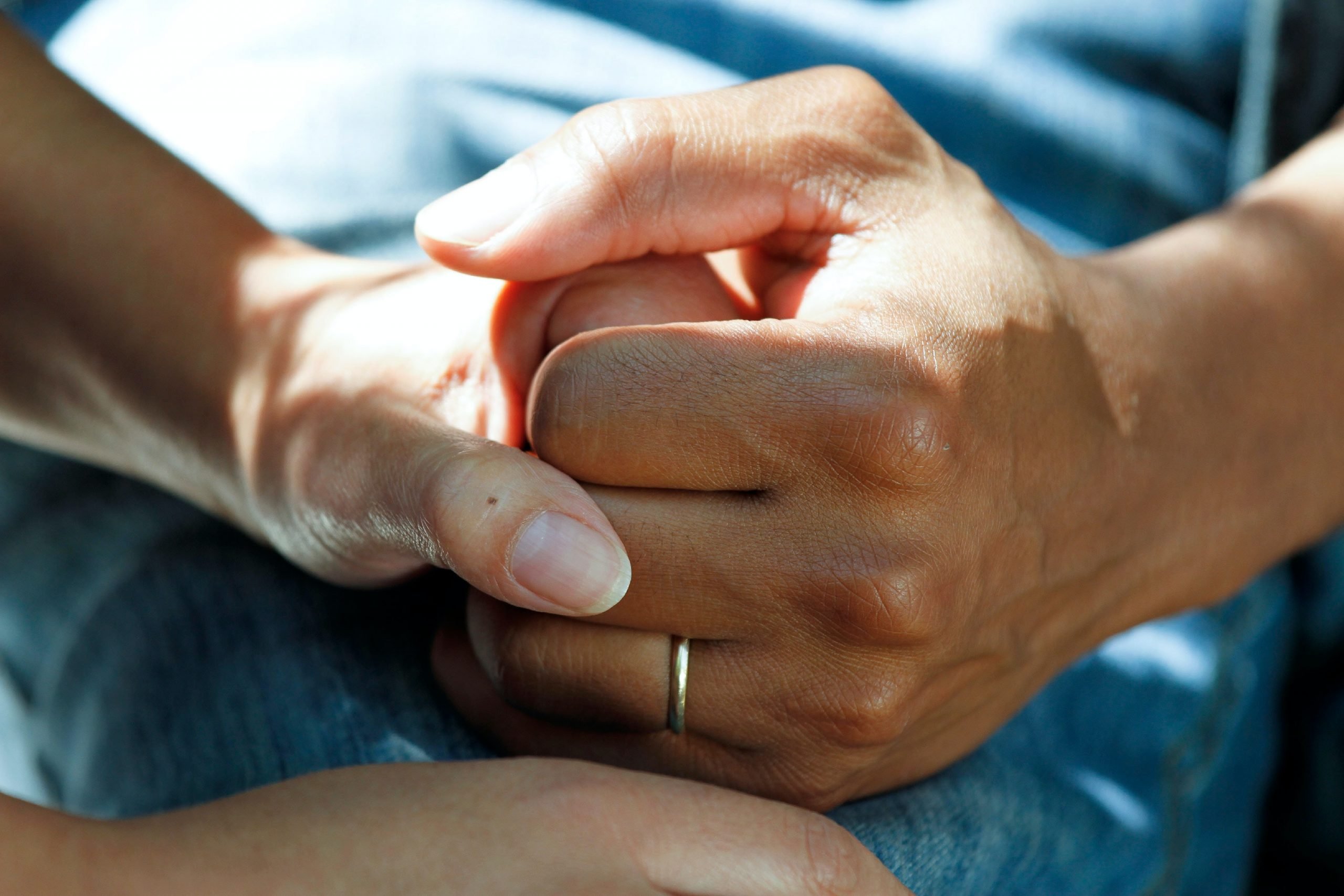 Hospice care, once provided primarily by nonprofit agencies, has seen a remarkable shift over the past decade, with more than two-thirds of hospices nationwide now operating as for-profit entities. The ability to turn a quick profit in caring for people in their last days of life is attracting a new breed of hospice owners: private equity firms.

That rapid growth has many hospice veterans worried that the original hospice vision may be fading, as those capital investment companies’ demand for return on investment and the debt load they force hospices to bear are hurting patients and their families.

“Many of these transactions are driven by the motive of a quick profit,” said Joan M. Teno, M.D., M.S. an adjunct professor of Health Services. Policy and Practice at Brown University School of Public Health, whose work has focused on end-of-life care. “I’m very concerned that you’re harming not only the dying patient, but the family whose memory will be of a loved one suffering because they didn’t get adequate care.”

Hospice is an easy business to start, with most care provided at home and using lower-cost health workers. That allowed the entry of smaller hospices, many launched with the intent of selling within a few years. Private equity firms, backed by deep-pocketed investors, could then snatch up handfuls of smaller hospices, cobble together a chain, and profit from economies of scale in administrative and supply costs, before selling to an even larger chain or another private equity firm.

Private equity-owned hospice companies counter that their model supports growth through investment, which benefits the people in their care.

“Private equity sees a huge opportunity to take smaller businesses that lack sophistication, lack the ability to grow, lack the capital investment, and private equity says, ‘We can come in there, cobble these things together, get standardization, get visibility and be able to create a better footprint, better access, and more opportunities,’” said Steve Larkin, Chief Executive Officer of Charter Healthcare, a hospice chain owned by the private equity firm Pharos Capital Group.

But he acknowledged that not all of those entering the hospice market have the best intentions.

“It is a little scary,” he said. “There are people that have no business being in health care” looking to invest in hospice.

A Boom Industry
With the U.S. population rapidly aging, hospice has become a boom industry. Medicare — the federal insurance program for people 65 and older, which pays for the vast majority of end-of-life care — spent US $ 22.4 billion on hospice in 2020, according to a Medicare Payment Advisory Commission report to Congress. That’s up from $12.9 billion just a decade earlier. The number of hospices billing Medicare over that time grew from less than 3,500 to more than 5,000, according to the report.[2]

But with limited oversight and generous payment, the industry is at high risk for exploitation. [3] Agencies are paid a daily rate for each patient — this year, about $200 — which encourages for-profit hospices to limit spending to boost their bottom lines. For-profit hospices tend to hire fewer employees than nonprofits and expect them to see more patients.[4]

According to the Medicare Payment Advisory Commission, for-profit hospices had Medicare profit margins of 19% in 2019, compared with 6% for nonprofit hospices.[7]

For-profit hospices also enroll a different set of patients, preferring those likely to remain in hospice longer. Most costs are incurred in the first and last week of hospice care. Patients who enroll in hospice must undergo several assessments to develop a care plan and set their medications. In their final days, as the body begins to shut down, patients often need additional services or medications to stay comfortable.

“So the sweet spot is kind of in the middle,” said Robert Tyler Braun, Ph.D., an assistant professor of population health sciences at Weill Cornell Medical College.

That makes dementia patients particularly profitable. Doctors have a harder time predicting whether a patient with Alzheimer’s disease or another form of dementia has less than six months to live, the eligibility criterion for enrollment. For-profit hospices enroll those patients anyway, Teno said, and stand to profit the longer those patients live. They tend to enroll fewer cancer patients, whose prognosis is generally more predictable but who usually die sooner.

Nonprofit vs. For-Profit
The Rev. Ken Dugger has worked as a chaplain in Denver for 13 years at both for-profit and nonprofit hospices.

At one for-profit hospice, “the word on the street was [that] we were the dementia hospice because we had so many dementia patients,” Dugger said. “We wound up discharging a lot of patients because they had long lengths of stay and no longer met criteria.”

He said about a third of a hospice’s patients die each week, so agencies need to market heavily to replace them. That leads to some hospices making promises to families — such as daily visits from a nurse’s aide — that they can’t keep.

“Some people see dollars and they go, ‘Wow! It’s a great chance to make some money here,’ and they don’t understand that hospice isn’t easy,” Dugger said.

For-profit agencies counter that their nonprofit counterparts have cornered the market on cancer patients and that they are expanding access by serving patients with other diagnoses.

But if patients become too costly, requiring expensive care or medicines, hospice providers can discharge them, and take them to a hospital emergency room to get services the agencies don’t want to pay for themselves, said Christy Whitney, former Chief Executive Officer of HopeWest, a nonprofit hospice serving five western Colorado counties.

Braun said financial pressures are worse for private equity-backed hospices than for other for-profit hospices, partly because of the way hospice acquisitions are financed. A private equity firm will typically put up only 10% to 30% of the acquisition cost itself, borrowing the rest. The acquired hospice not only has to generate profits to satisfy its private equity owners but is stuck with the costs of the loan as well.

In 2017, Webster Equity Partners bought Bristol Hospice, with 45 locations in 13 states, for $70 million. Last year, the firm reportedly entertained purchase offers for the hospice chain as high as $1 billion.

Because hospices are inspected every three years, some are bought and sold without a state or federal inspection — and sometimes without regulators even knowing about the sale.

And quality oversight is weak. Hospices have a financial interest in reporting quality metrics to the Centers for Medicare & Medicaid Services, but there is no penalty for poor performance tied to those metrics.

Cordt Kassner, Chief Executive Officer of the Colorado-based consulting firm National Hospice Analytics, said 17% of Colorado hospices are now owned by private equity, higher than the 13% rate he found nationally. When he looked at metrics reported to Medicare, he found that private equity-backed firms scored lower than average on self-reported quality metrics.

“It’s not a huge difference,” Kassner said. “Because nationally scores are also tight and there’s not a lot of variation, we look at any kind of difference even if it’s a percentage point less.”

Many nonprofits believe private equity-backed and other for-profit hospices are giving the industry a bad name.

“They get paid the same as us, but they don’t take the same patients. They don’t provide the covered services that are supposed to be covered to be paid a per diem,” said Whitney, the former HopeWest CEO, who spoke with KHN before she retired in June.

“They’ve developed kind of a shadow business that really has very little to do with the business that I run. But they’re called the same name.”

Larkin, the Charter Chief Executive Officer, bemoaned a lack of progress in quality metrics as the hospice industry has grown. But he said that wasn’t limited to private equity-backed or even for-profit hospice providers.

“There are bad companies all over,” Larkin said.

This story is part of a partnership that includes Kaiser Health News (KHN) a national newsroom that produces in-depth journalism about health issues. Together with Policy Analysis and Polling, KHN is one of the three major operating programs at KFF (Kaiser Family Foundation). KFF is an endowed nonprofit organization providing information on health issues to the nation. This story ran on KHN on July 29, 2022.