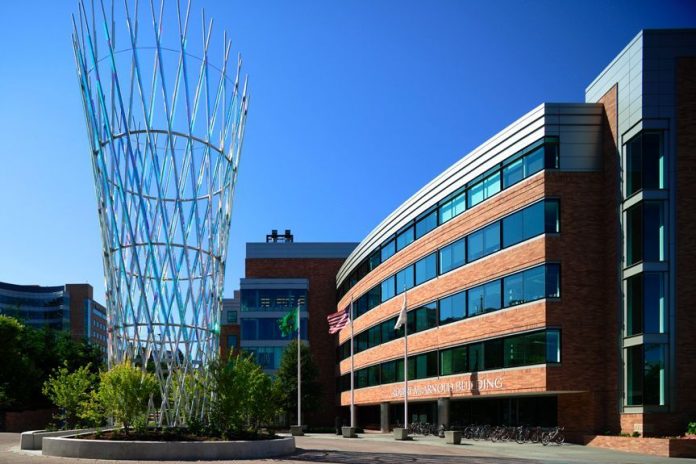 Researchers at the Fred Hutchinson Cancer Research Center in Seattle, Washington, have identified a gene called DUX4 — usually ‘turned on’ just after an egg is fertilized — that allows tumor cells to become invisible to immune cells but could ultimately make immunotherapy treatments, specifically checkpoint inhibitors, work for a wider variety of cancer patients.

In a study, originally published in Developmental Cell and funded by the National Institutes of Health, Friends of FSH Research, Chris Carrino Foundation for FSHD, and Leukemia & Lymphoma Society, the researchers found that when the DUX4 gene is expressed in cancer cells, it can prevent the cancer from being recognized and destroyed by the immune system. In essence, this early developmental gene hides the cancer cell. [1]

The team, led by Robert Bradley, Ph.D. and Stephen Tapscott, Md, Ph.D, looked at the gene expression profiles of nearly 10,000 cancers from 33 different cancer types and discovered that DUX4, a gene mostly known for its link to a specific muscular dystrophy (facioscapulohumeral dystrophy, or FSHD), consistently presented itself in many different solid tumors, including cancers of the bladder, breast, lung, kidney and stomach.

“We identified a new factor that was previously unknown to be present in cancer cells,” Bradley observed.

DUX4 prevented immune cells from recognizing the cancer cells, so that patients whose cancers expressed the gene were less likely to respond to immunotherapy. Because DUX4 is expressed in many cancers, blocking its activity might increase the success of immune checkpoint inhibitors.

Role of DUX4
The researchers tried to understand the mechanism in which DUX4 prevented immune cells from recognizing cancer cells.

They focused their efforts on how T cells, a specialized type of immune cell, is able to kill cancer cells. T cells can only attack what they can ‘see’. In short, cells make themselves visible to T cells by using molecular ‘handles’ to stick bits of their proteins to their surface. When deciding whether to attack, T cells examine these protein pieces, called peptides, in the molecular handle to see if they are from diseased or cancer cells.

These handles are called molecular histocompatibility complex, or MHC, class I. Without MHC there is no immune attack. When looking at the levels of MHC-I in tumor cell lines, the ressearchers noted that high levels of DUX4 correlated with low levels of MHC I.

The list of approved and available treatments continuous to grow, and includes treatments for melanoma, bladder cancer and small cell lung cancer, among others. The percentage of patients who benefit from immune checkpoint inhibitor therapy can vary widely, even among patients with the same tumor type. One study of immune checkpoint inhibitors in breast cancer estimated that between 5% and 30% of patients benefited.[2]

The same study also confirmed that immune checkpoint inhibitors have the potential to produce durable tumor remission and induce long standing anti-tumor immunity in a subgroup of breast cancer patients.[2]

Checkpoint inhibitors disrupt the molecular brakes that cancer cells use to check T-cell attack. Once these so called brakes are removed, anti-tumor T cells are free to kill cancer cells. While this concept has shown to work, treatment with immune checkpoint inhibitors can be a hit and miss – they mat work in some patients while they don’t work in other patients.

“Immunotherapy can be incredibly powerful against previously untreatable cancers, but it isn’t effective yet for most patients,” Bradley said.

The researchers noted that patients for whom immune checkpoint inhibitors did not seem to work, had much higher levels of DUX4 and much lower levels of MHC-1 than patients who befitted from treatment.

The researchers also linked DUX4 levels to patient survival after ipilimumab treatment; patients with little to no DUX4 in their tumors survived longer than patients with DUX4-high tumors.

The findings suggest that the presence of DUX4 could help identify patients for whom checkpoint inhibitors may not work well, though that would need further clinical testing to confirm

“Understanding the mechanisms that prevent the immune system from identifying and attacking tumors is a first step toward finding cures for all cancer patients,” he added.

Rapid growth
Tapscott, who has previously studied the role of DUX4 in early development and in FSHD muscular dystrophy, noted that the findings are an example of how the rapid, but regulated, growth in early development can be re-activated in cancers as rampant and unregulated cell growth.

DUX4 is normally expressed in early development, when embryonic cells need to evade detection by the maternal immune system.

Tapscott further notes there is no increased cancer risk in individuals with FSHD, which indicates the cancer cells are using DUX4 as a developmental tool to avoid the immune system, but not as a driver that causes cancer.

Bradley and Tapscott hope their work will eventually lead to the development of DUX4-targeted treatments that will enhance the success of immunotherapies for a broad range of cancers.