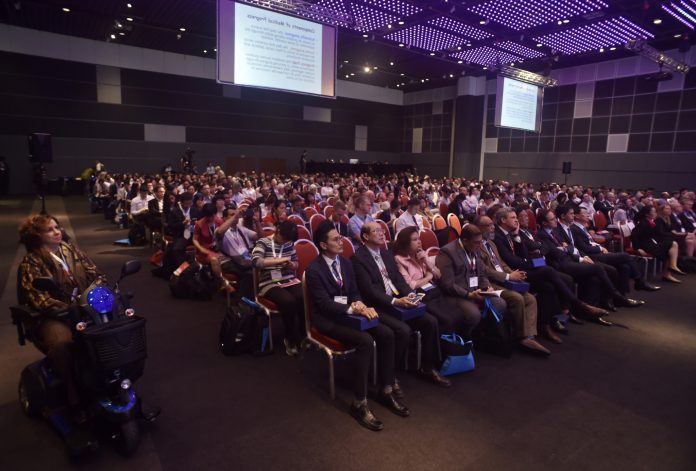 EGFR mutations occur in 30?40% of NSCLC in Asian populations compared to 10?15% in Western populations. The phase III FLAURA trial compared osimertinib, a third generation EGFR-tyrosine kinase inhibitor (TKI), to standard of care EGFR-TKIs (erlotinib or gefitinib) as first line therapy in NSCLC patients with EGFR mutations. A total of 556 patients from Asia, Europe, and North America were randomised 1:1 to treatment with osimertinib or standard of care. Osimertinib improved progression-free survival by 54%.

This subset analysis included the 322 Asian patients in the FLAURA trial, of whom 46 were Chinese, 120 were Japanese, and 156 were from other parts of Asia.

?The results of this subset analysis are quite compatible with the findings in the overall population presented at the ESMO 2017 Congress in Madrid. [3] We can therefore conclude that osimertinib can be considered as the standard of care for the first line treatment of Asian advanced NSCLC patients with EGFR mutations,? said Professor James CH Yang, Chairman, Graduate Institute of Oncology, National Taiwan University College of Medicine, Taipei City, Taiwan, when commenting on the study results.

?The proportion of patients having adverse events that caused them to stop taking osimertinib was similar in the overall (13%) and Asian (15%) populations,? added Yang.

?We tend to think osimertinib is a well tolerated drug so these discontinuation rates were surprisingly high and need further investigation.?

?Although there was no statistical difference between the hazard ratios for progression-free survival, it was numerically lower in non-Asians (0.34) compared to Asians (0.54). There is an ongoing debate as to whether Asian and non-Asian patients with EGFR mutations have distinct responses to EGFR-TKIs. This might be due to variations in clinical practice rather than biology. A meta-analysis of all relevant studies could shed light on this issue,? Yang concluded.