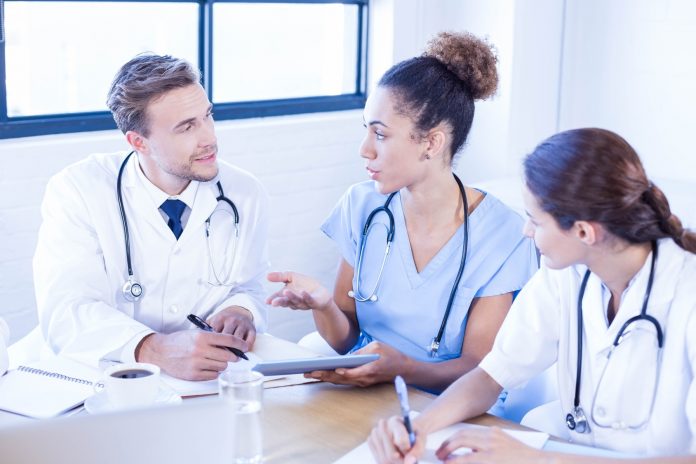 A recent survey in the United States showed that nearly 46% of medical school graduates are women, yet female physicians remain largely  underrepresented in leadership roles.

In The State of Women in Academic Medicine, a report published confirmed that women make up nearly 50% of all medical school applicants but only 21% of full professors, 16% of deans, and 15% of department chairs.

And while this inequity extends into and impacts the entire clinical care team as well, according to the Association of American Medical Colleges (AAMC), women in academic medicine, including oncology and hematology, are still outnumbered by men in faculty positions today.

Contrast and Complexity
But in contrast to their male colleagues, while academic medicine, employs many accomplished female physicians, scientists and educators, including oncologists and hematologists, they are not promoted or advanced to active leadership positions at the same rate as men.

And this has dire consequences for their career development and prospects.

One of the consequences is that, according to an AAMC-analysis, compensation for men is considerably higher than for women at almost every rank across most specialties and departments, including oncology and hematology.

But an even greater concern is that in 2018 report, published by the National Academies of Science, sexual and harassment and gender discrimination are common in higher education and academic (medical) centers. Given the dynamics of the working environment and, as a result, the potential for intimidation based upon power relations between employees and their supervisors, sexual violence in the workplace, sexual and harassment and gender discrimination is a real problem.

The authors of the report explain that while over the last decades, research, activity, and funding has been devoted to improving the recruitment, retention, and advancement of women in the fields of science, engineering, and medicine and the diversity of those participating in these fields, particularly the participation of women, has dramatically improved with more women entering careers and studying science, engineering, and medicine than ever before,  women increasingly face biases and barriers. According to the report’s authors, in a culture with few female leaders, it is not surprising that sexual harassment is one of these barriers. In such an environment, sexual harassment is also more likely to occur.

Hiring and promotion
The underlying reasons for gender inequities are often nuanced but complicated. In many cases overt or unconscious bias can influence hiring and promotion decisions. Mistreatment may often be underreported due to fear of retribution or the lack of specific organizational mechanisms in place to safely report and respond to complaints.

However, a simplistic approach to solving the gender inequities may not offer a real solution.  Some experts believe that it requires a number of specific ‘actions’ to really effect change and ‘close’ the leadership gap.

Given the pervasiveness of unwanted sexual and gender harassment, such actions need to include (unconscious and conscious) bias training for recruiters, hiring committees, but above all supervisors and (senior) management, which, in many cases, requires a paradigm shift in the culture of organizations, institutions and corporations. But it also requires actively supporting and promoting women in leadership positions, and, last but not least, closing the ‘pay differential.’ 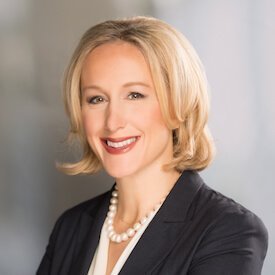 Conference
The Leadership Empowerment and Development (LEAD): Enriching Experiences for Women in Hematology and Oncology Conference, to be held October 4-5, 2019 at Loews Santa Monica Beach Hotel in Santa Monica, CA, will explore the most pertinent advances regarding women in medicine and oncology and will empower women physicians with a greater ability to navigate their careers and achieve leadership roles.

“Empowering women at the LEAD Conference is important because while there are many women in oncology, few rise to leadership positions,” explained Debra Patt, MD, MPH, MBA, a practicing oncologist and breast cancer specialist in Austin, Texas and an executive vice president of Texas Oncology with responsibilities in healthcare policy and strategic initiatives.

Beyond self-promotion
According to the organizers of the 2-day LEAD conference, women in medicine must promote each.  They also need to seek experienced (female) coaches and sponsors, and strive to craft their own legacy modeled after exemplary leaders in the field.  However, for such an approach to be effect change, it should go beyond self-promotion. Instead, such an approach should be based more on women in the field promoting other women.

“We need to help each other to find balance in leadership and together reach shared goals and advance cancer care,” Patt observed.

Obstacles to leadership
Women in medicine, including oncology and hematology, often face obstacles to entering into leadership positions, including unconscious or conscious bias towards men, and a lack of professional support. The LEAD conference will focus on addressing challenges women face in the oncology and hematology fields, and identifying actionable strategies to overcome them.

Participants will leave the conference with skills and knowledge to empower themselves and other women to take on leadership roles, foster leadership opportunities, and seek and provide support among the community of women hematologists and oncologists. This will positively impact their medical practices, empower their care team members, and, ultimately, improve care for their patients.

“During our usual academic interactions, we often don’t have time or expertise sometimes to discuss the critical issues that women face in oncology,” explained Julie Vose, MD, MBA, co-chair of the LEAD Conference.

“This is a unique opportunity to interact with women in oncology from a variety of backgrounds and experiences,” she concluded.

The LEAD conference will be co-chaired by Julie Brahmer, MD, MSc; Nina Shah, MD; and Julie Vose, MD, MBA. The conference is certified by the University of Nebraska Medical Center, Center for Continuing Education and College of Nursing, Continuing Nursing Education Office for continuing education credits for physicians and contact hours for nurses.