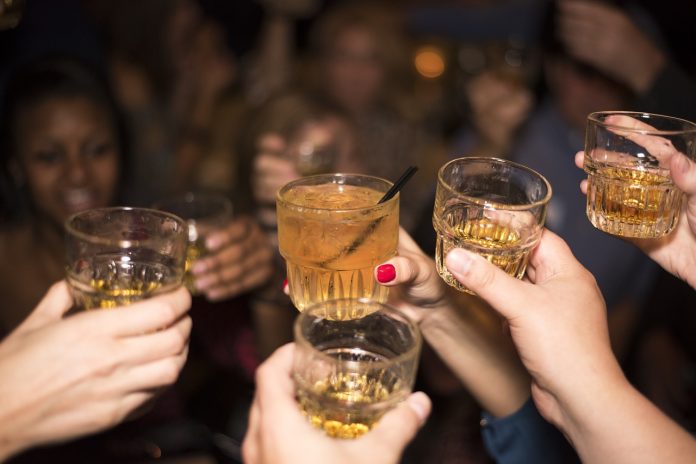 Newly-published research published in the January 2020 issue of JNCCN—Journal of the National Comprehensive Cancer Network, a not-for-profit alliance of 28 leading cancer centers, demonstrates that excessive and binge drinking is surprisingly common among cancer survivors.[1]

According to the study more than a third of people who’ve been diagnosed with cancer self-report excessive drinking, and one in five engaged in binge drinking activities.

The study uses data from the National Health Interview Survey (NHIS) from 2000 to 2017 and examines self-reported drinking habits among people reporting a cancer diagnosis.

The researchers found that of 34,080 survey participants, 56.5% were current drinkers, 34.9% exceeded moderate drinking levels, and 21% engaged in binge drinking.

The study is the first large analyses on alcohol use in the oncology population.

Given that alcohol has been identified as a risk factor for several cancers, [2] and contributed to 5.8% of cancer deaths in 2012 [3], the researchers were surprised by how high those numbers were.

“We recommend that providers screen for alcohol use at regular intervals and provide resources to assist in cutting down use for those who may engage in excessive drinking behaviors,” noted Nina Niu Sanford, MD, Assistant Professor, Dedman Family Scholar in Clinical Care, UT Southwestern Medical Center, Department of Radiation Oncology.

“Typically, questions about alcohol use are just asked once when the patient first enters the medical system and then copied into subsequent notes as part of the patient’s social history,” Niu added.

In addition, binge drinking was defined in the same guidelines as consuming enough alcohol to raise blood alcohol content to at least .08%, which generally means at least four drinks within two hours for women, and at least five for men.  The researchers further defined binge drinking as the consumption of at least five drinks in one day at any point over the past year.

The authors of the study noted that there aren’t currently studies that establish safe levels of alcohol use when it comes to cancer risk, but studies have suggested the risk is higher for people who engage in binge drinking.

Among cancer survivors age 18 to 34, 23.6% met the criteria for binge drinking, while only 2.6% of those 75-and-older reported the same. Likewise, survivors of cancer types that are more associated with younger people— including cervical, testicular, head and neck cancers, and melanoma—were more likely to report drinking at all levels, while drinking was much less common for survivors of breast cancer.

“We would hypothesize that individuals with a diagnosis of cancer who self-report poor health status may be those with persistent or recurrent disease who are undergoing active treatment, or experiencing persistent side effects from prior treatment, and therefore may have been advised not to drink or don’t feel well enough to consume alcohol,” observed Brandon A. Mahal, MD, McGraw/Patterson Center for Population Sciences, Dana-Farber Cancer Institute.

“However, since causation cannot be established from the NHIS survey, another possibility could be that alcohol use improved the overall self-reported health among cancer survivors, although we think this is less likely. These results point to the fact that more research on alcohol use is needed for all subsets of survivors of cancer, perhaps with an emphasis on reduction in patients who feel well and report excessive drinking,” Mahal added.

“This study highlights the prevalence of current alcohol use among cancer survivors, including an increase in alcohol intake over time and higher rates among younger cancer survivors,” said Crystal S. Denlinger, MD, FACP, Chief, GI Medical Oncology, Fox Chase Cancer Center, who chairs the NCCN Clinical Practice Guidelines in Oncology (NCCN Guidelines®) Panel for Survivorship but was not involved in the study.

“As alcohol intake is a risk factor for cancer development and may contribute to worse outcomes following a diagnosis, this behavior is ripe for education and intervention in the survivor population. Currently guidelines for the care of cancer survivors, including the NCCN Guidelines for Survivorship, recommend limiting the intake of alcohol. Further work to understand optimal dissemination of these recommendations and ways to change alcohol use behavior is clearly needed in the cancer survivor population, particularly among younger survivors,” Denlinger concluded.

Smoking
Finally, in addition to alcohol consumption, the researchers found that 16.7% of cancer survivors self-reported as current smokers. Both current and former smokers were more likely to report themselves as current drinkers.

The researchers recommend that survivors also be screened for smoking, and then counseled on both smoking and drinking-related health issues, and offered cessation support.