Tepotinib is a highly selective once-daily oral MET inhibitor that is designed to inhibit the oncogenic MET receptor signaling caused by MET alterations, including both METex14 skipping alterations and MET amplifications, or MET protein overexpression. 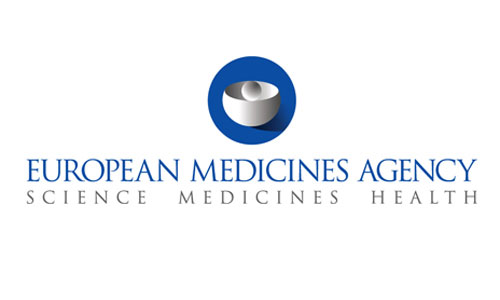 Review
Following validation, the EMA will begin reviewing the application, which is based on results from the pivotal Phase II VISION study (NCT02864992), evaluating tepotinib in patients with advanced NSCLC with METex14 skipping alterations, prospectively assessed by liquid biopsy (LBx) or tissue biopsy (TBx).

Data from the primary analysis of the VISION study were first published earlier this year in The New England Journal of Medicine. [2]

Lung cancer remains the second most common cancer in Europe and the leading cause of cancer-related mortality, responsible for 388,000 deaths in 2018.[3]. Worldwide 2 million patients are diagnosed with the disease annually.[4]

There are currently no treatments available in Europe for patients with NSCLC harboring METex14 skipping alterations, which occur in approximately 3% to 4% of all cases of NSCLC and correlate with aggressive tumor behavior and poor clinical prognosis.[5] Alterations of the MET signaling pathway are also found in various other types of cancer.

In the open-label Phase II VISION study, the patient population was generally characterized as elderly, with a median age of 74.0 years. Patients are also characterized as having poor clinical prognosis which is considered typical of NSCLC with METex14 skipping alterations.[2]

In the study, the researchers administered tepotinib at a dose of 500 mg once daily in patients with advanced or metastatic NSCLC with a confirmed MET exon 14 skipping mutation. The study’s primary endpoint was objective response (OR) by independent review among patients who had undergone at least 9 months of follow-up.[2]

In this study, the primary endpoint, objective response rate (ORR) as assessed by an Independent Review Committee (IRC), was 42.4% (95% CI: 32.5, 52.8) in patients identified by liquid biopsy (LBx) or tissue biopsy (TBx). The median duration of response based on independent assessment was 12.4 months for both LBx-identified (95% CI: 8.4 months, not evaluable) and TBx-identified patients (95% CI: 9.7 months, NE). In a safety analysis of 130 patients, tepotinib was well-tolerated. The most frequent treatment-related adverse events (TRAEs) of any grade were peripheral edema (53.8%), nausea (23.8%), and diarrhea (20.8%). TRAEs led to permanent discontinuation in 11 patients (8.5%).

The study results showed that among patients with advanced NSCLC with a confirmed MET exon 14 skipping mutation, the use of tepotinib was associated with a partial response (PR) in approximately 50% of the participating patients.

The approval in Japan was supported by data from 99 patients (including 15 Japanese patients) with NSCLC with METex14 skipping alterations enrolled in the ongoing single-arm Phase II VISION study.[1]

Recently, the U.S. Food and Drug Administration (FDA) granted Orphan Drug Designation (ODD) to tepotinib and the FDA is reviewing the application under Priority Review and through the Real-Time Oncology Review pilot program.

“With a focus on identifying these alterations in NSCLC patients with flexibility and precision, the companion diagnostic to tepotinib offers both liquid and tissue biopsy testing capabilities to best support the delivery of this targeted therapy to the patients who may benefit,” Garijo added.

“With the approval of tepotinib, we now have a new treatment option that addresses this unmet medical need, offering clinical benefit and duration of response with convenient once-daily oral dosing, representing real progress for patients with this aggressive type of lung cancer,” Sakai concluded.

Companion diagnostic
Merck has a strategic partnership with ArcherDX to develop a companion diagnostic featuring both liquid and tissue biopsy capabilities to identify METex14 skipping alterations among patients with NSCLC with high precision and accuracy prior to treatment.

In March 2020 the companion diagnostic was approved by the Japanese Ministry of Health, Labour and Welfare (MHLW) and the Pharmaceutical Medical Devices Agency (PMDA) to detect MET exon 14 (METex14) skipping alterations in tissue (RNA) and liquid biopsy (ctDNA) from patients with advanced NSCLC for consideration for treatment with tepotinib.

ArcherMET is the first and only CDx to be approved for the detection of MET gene alterations. The diagnostic test leverages ArcherDX’s proprietary Anchored Multiplex PCR (AMP™) technology that can efficiently and accurately detect METex14 skipping mutations by sequencing RNA from tissue and ctDNA from blood, allowing for accurate, personal, and actionable testing in local settings.

Additional Clinical Investigations
In addition to NSCLC tepotinib is also being investigated in the Phase II INSIGHT 2 study in combination with osimertinib (Tagrisso®; AstraZeneca) in MET amplified, advanced or metastatic NSCLC harboring activating EGFR mutations that has progressed following first-line treatment with osimertinib, and in the Phase II PERSPECTIVE study in combination with cetuximab (Erbitux®; Eli Lilly and Company**).