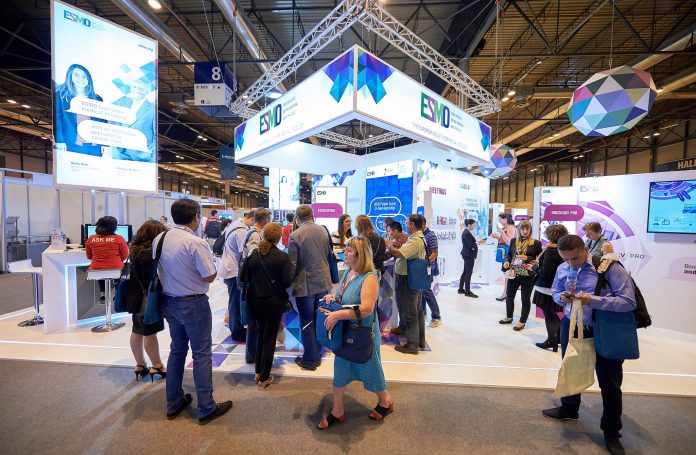 The debate on whether to shorten adjuvant chemotherapy for the treatment of patients with colon cancer from six to three months took center stage at the annual congress of the European Society of Medical Oncology – ESMO 2017 Congress in Madrid, Spain. [1]

Is three months of chemotherapy enough in the adjuvant treatment of colon cancer? This is the main controversy in this debate, according to ESMO spokesperson Professor Alberto Sobrero, Head of the Medical Oncology Unit at Ospedale San Martino in Genova, Italy, co-chair of the Special Session and Scientific Co-Chair of the Congress.

?This debate is a practice changing one and the session will give much more clarity on how clinicians should now treat their patients,? Sobrero noted.

Six randomised phase III trials have been conducted worldwide comparing three versus six months of chemotherapy with FOLFOX or CAPOX. The IDEA study was a pooled analysis of the 12,834 patients enrolled in the six trials. It showed that six months gave less than 1% added benefit over three months when all patients and both types of chemotherapy were included in the analysis.

Mature trials
Investigators of the four most mature trials (SCOT, TOSCA, ACHIEVE, IDEA-FRANCE) presented their results during the congress session. Expert interpretation will be given by a clinician and a statistician. Gastrointestinal cancer specialist Professor Andr?s Cervantes, Chair of the ESMO Educational Committee, member of the ESMO Guidelines Committee and session co-chair, will discuss how the latest data in this debate will practically impact the ESMO Clinical Practice Guidelines on Early Colon Cancer, which are set to be updated in 2018. Members of the panel were asked to vote for three or six months of treatment in a variety of clinical scenarios.

?The common sense conclusion from the IDEA study is that it?s not worth going through the toxicity and inconvenience of six months to gain less than 1% efficacy,? Sobrero said. ?Especially considering that the toxicity is cut by at least 50% with the three month regimen.?

?However, the clinical conclusion, given the reduction in neurotoxicity with a shorter duration of treatment, was that three months is almost identical to six months,? Van Cutsem noted.

Unexpected findings
Two additional analyses revealed unexpected findings. First, for high risk stage III patients (N2 or T4) the difference in efficacy widens in favour of six months. Second, the results differ according to the type of chemotherapy. CAPOX is equally effective at three or six months, independently of the patient?s level of risk. Six months of FOLFOX is more effective than three months.

?While overall there are minor differences in efficacy between three and six months, high risk patients should receive six months of chemotherapy and CAPOX should be preferred over FOLFOX,? Sobrero said.

?In low risk patients the difference was so minor that the clinical conclusion is that three months of oxaliplatin-based chemotherapy is as good as six months,? Van Cutsem added.

?Although statistically the difference is small, this makes a huge clinical difference to patients with the reduction in neurotoxicity.?

Regarding the standard of care for adjuvant chemotherapy in stage III colon cancer, Van Cutsem observed: ?In high risk patients six months remains the standard, but in low risk patients three months should become the new standard duration of treatment.?

Van Cutsem confirmed that this is the strategy he uses with his stage III colon cancer patients. He said: ?In high risk stage III patients we give six months of FOLFOX ? unless the patient has neurotoxicity, in which case we stop oxaliplatin but continue with 5FU for a total duration of six months. In patients with low risk tumours, we give three months of FOLFOX.?

According to Sobrero, most patients prefer the three month option which gives much lower toxicity for very little loss in efficacy. He said: ?Every now and then I see a patient who does not want to lose even 1% of efficacy and wants six months of chemotherapy. This is just one of the fascinating aspects of implementing the data from the IDEA study. We will thoroughly debate the issues and give clear conclusions during this session, which is set to be packed with health professionals who face patients with this serious disease everyday and desperately want better treatments.?