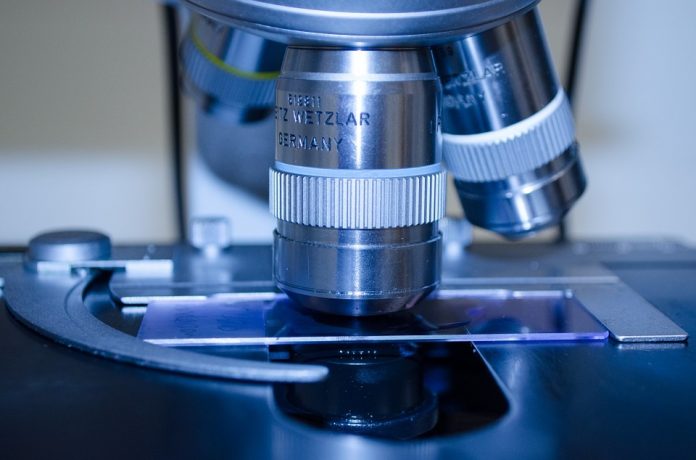 James F. Holland, MD, one of the pioneers of combination chemotherapy and cancer cooperative group research, died at the age of 92 on March 22. His wife, Jimmie C. Holland, MD, who was considered the founder of psycho-oncology, predeceased him by three months on Christmas Eve at age 89.

Jim was Distinguished Professor of Neoplastic Diseases at the Icahn School of Medicine at Mount Sinai in New York, and Jimmie was Wayne E. Chapman Chair in Psychiatric Oncology and attending psychiatrist at Memorial Sloan Kettering Cancer Center.

I knew both Jim and Jimmie, had interviewed them individually numerous times over many years, and considered them friends. They both continued to work and contribute to their fields until the end, and always had new and interesting information to share.

I first met Jimmie in 1990 when I was chairing a meeting of a group I had founded, the NCI-Designated Cancer Centers Public Affairs Network, at MSKCC and our steering committee was treated to attending grand rounds with Jimmie Holland. Several years later I was introduced to Jim.

At dinner a few years ago hosted by Stand Up To Cancer in honor of the PBS documentary series, “Ken Burns Presents Cancer: The Emperor of All Maladies,? Jimmie and I sat together and chatted most of the evening. Later on, I thanked Jim for lending me Jimmie as my girlfriend. ?As long as you?re not her boyfriend,? he responded with the wit and good humor that characterized him almost as much as his outspoken manner and colorful neckties.

When I began writing a series last year for MedPage Today about pioneers in oncology, my first call for an interview was to Jimmie, who had been encouraging me for many years to write a book about the cultural or social history of cancer. She had promised to write the preface.

For the MedPage series I told her that I wanted to arrange separate interviews with her and then Jim over the next few weeks.

She replied that she thought it wise to start with Jim because of several health issues he?d been dealing with, and I took her advice.

A few months following publication of Jim?s profile, I called Jimmie again about scheduling a time to talk. She did not respond immediately and finally replied that I should contact her again in several weeks.

When we spoke, she said that she had recently undergone surgery after developing a bilateral femoral arterial emboli, and how the experience?one of the few medical issues she had encountered during her long life–had enhanced her understanding of how so many of her cancer patients had felt. She was, after all, the psychiatrist who had pioneered a field based on how people cope with a devastating disease rather than dealing with mental illness.

Our conversation, however, only lasted a short time since she was fatigued from her condition, so we rescheduled for November when she was up to speaking at length and about some things she had never discussed before.

That interview, which may have been her last, was published a month before she died in her Revolutionary-era home in Scarsdale, NY, surrounded by her family.

I wrote to Jim expressing my condolences but did not receive a reply. Then in March during an interview with Larry Norton, MD, who considered Jim a mentor and was a longtime colleague of Jimmie?s at Memorial Sloan Kettering, we discussed how Jim was following the loss of Jimmie. Larry said he had written to Jim several times but hadn?t heard back. That conversation was days before learning about Jim?s death at home from respiratory failure.

During their early years in Buffalo, N.Y., during the 1950s, Jim was chief of medicine B at Roswell Park Cancer Institute, and Jimmie was head of psychiatry at Erie County Medical Center. During an 8-year period she also had five children taking 6-month leaves between births, while pursuing her professional career.

Jimmie would relate how she had spent many evenings listening to her husband and his colleagues discuss the early development of chemotherapy and how it was making a real difference in pediatric acute lymphoblastic leukemia.

Those colleagues included Emil “Tom” Frei III, MD, with whom Jim Holland co-founded the Cancer and Leukemia Group B (CALGB). The two went on to share the Lasker Award in 1972 with Emil J. Freireich, MD, and Donald Pinkel, MD.

Jimmie said: “It was an exciting time in chemotherapy with new drugs coming down the pike, and I’d asked them if they asked their patients how they felt about their cancer, which helped develop my interest in issues relating to the psychological care and support of patients facing catastrophic diseases.?

She added, however, that in those days medical oncologists were not paying much attention to their patients’ quality of life since they were too engaged in the big problem of finding cures.

?They thought my concerns were just temporary stopgaps,? she said. ?But I was around when we saw the first Hodgkin’s survivors. In the 1960s, we suddenly began to see people surviving.”

She said that she persuaded her husband who was a co-founder and then-head of CALGB to start a psychiatry committee that enabled the fledgling field of psychosocial oncology to add quality-of-life questions into larger protocols, providing more of a scientific basis to what was perceived as a ?soft? science.

In addition to cancer-related social events I usually spent time with the Hollands at the American Association for Cancer Research (AACR) and American Society of Clinical Oncology (ASCO) annual meetings. Jim had served as president of both organizations, and every time I saw him, his inevitable reply to my, ?How are you?? was always, ?Still vertical, unlike many of my colleagues.?

I will sorely miss hearing that response at AACR later this month but know that Jim and Jimmie both led long, fruitful lives that had saved the lives and soothed the psyches and emotions of countless cancer patients and their loved ones.

This article part in a series of the revival of Eric Rosenthal Reports, formerly featured in Oncology Times.

Project Optimus: How to Prepare for Success

The Dictatorship of Cancer: How to Topple it in Three – Not So Easy – Steps