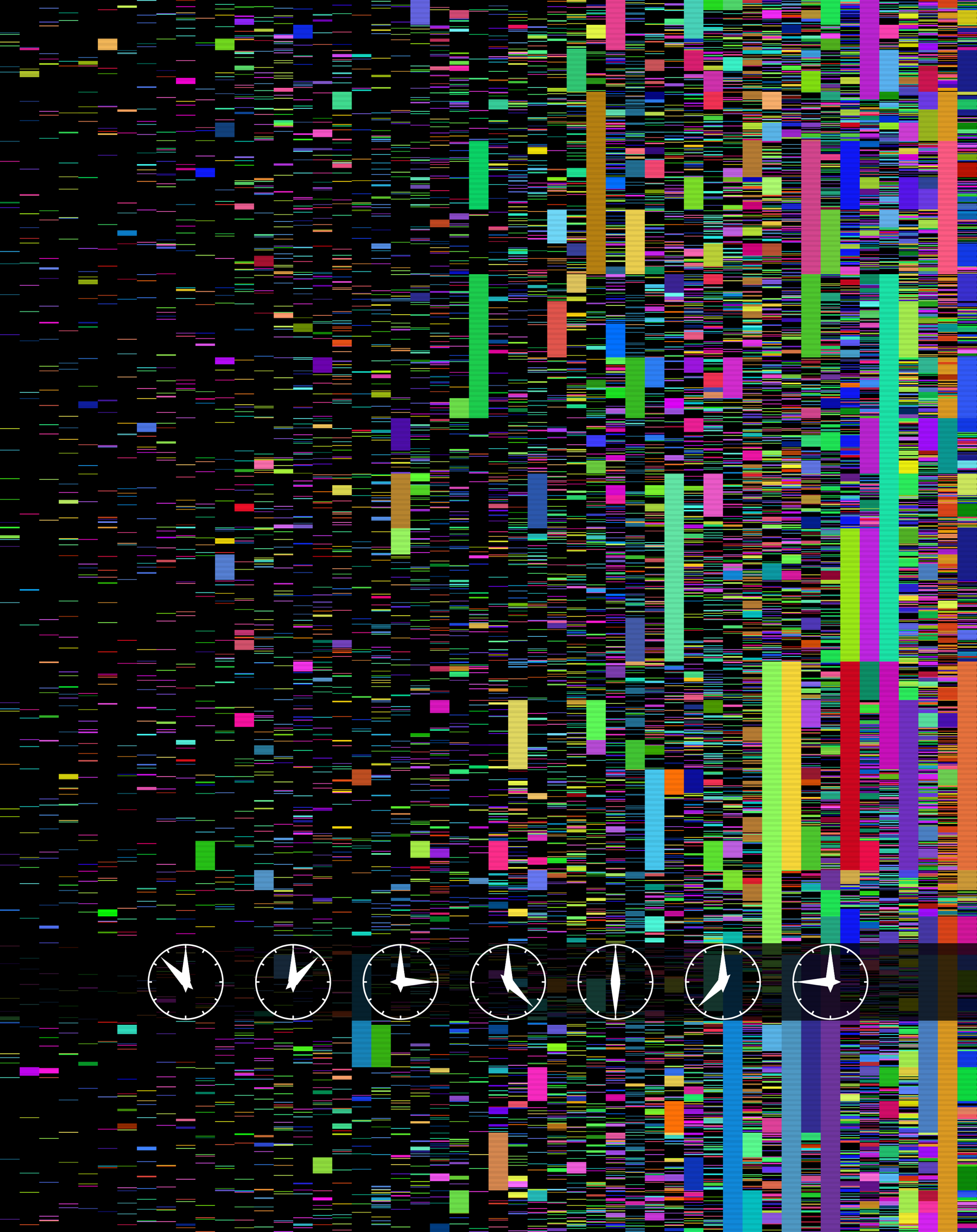 Scientists at Johns Hopkins Medicine have developed a new computer model called  ‘quantitative fate mapping’ that looks back in the developmental timeline to trace the origin of cells in a fully grown organism. The new model can help researchers more precisely spot which cells acquire alterations during development that change an organism’s fate from healthy to disease states, including cancer and dementia.

The research and development of the computer model was supported by the Simons Foundation, the National Institutes of Health and the David and Lucile Packard Foundation and described in the November 23, 2022 issue of Cell.[1]

The model uses mathematical algorithms that take into account the general speed with which cells divide and differentiate, the rate at which mutations naturally accumulate and other known factors of organism development.

“We can use this method to examine the development of organisms from cell samples, including those from non-model organisms such as humpback whales that we don’t ordinarily study,” says Reza Kalhor, Ph.D., assistant professor of biomedical engineering, genetic medicine, molecular biology and genetics and neuroscience at The Johns Hopkins University and School of Medicine. “For example, with a cell sample from the carcass of a humpback whale, we can understand how it developed as an embryo.”

Single origin
The new computer model is based on the fact that every complex living organism comes from a single, fertilized cell, or zygote. That cell divides, and the daughter cells continue dividing, eventually differentiating into specialized cells in tissues. Humans, for example, have about 70 trillion individual cells and several thousand types of cells.

Each time a cell divides, a mutation can occur, and that alteration gets passed on to the daughter cells, which divide again, perhaps acquiring a second mutation, both of which are passed to their daughter cells, and so on. The mutations act as a kind of barcode that is detectable with genomic sequencing equipment. Scientists can track these mutations in reverse order to construct a cell’s lineage, they say.

The first part is a computer program called Phylotime, which reads cell mutations as barcodes to infer the timescale associated with cell divisions. The name Phylotime stands for Phylogeny Reconstruction Using Likelihood of Time. In biology, phylogeny describes and depicts lines of evolutionary development.

The second part, developed by the Johns Hopkins team, is a computer algorithm called ICE-FASE, which creates a model of the hierarchy and lineages of cells within an organism based on the timescales of cell divisions.

To test the computer model, the Johns Hopkins team induced mutations in human induced pluripotent cells (iPSCs) at certain locations in the genome and at random times. Such iPSCs give rise to nearly any cell in the human body.

The researchers cultured the cells and let them divide, following the original mutation and ones that occurred spontaneously in subsequent daughter cells.

At the end of the experiment, the researchers performed genomic sequencing on the final group of daughter cells and entered any mutations they found into the computer model.

The result was a kind of family tree extending from the original human iPSC.

Ancestry of cells
The researchers can construct an ancestry of mature cells by comparing the combinations of mutations and drawing a far more precise picture of how the organism developed. They tested the model with computer simulations of mouse cells and human iPSCs.

Kalhor noted that the new tool can help scientists compare normal versus disease states in organisms, including humans.

“This tool may be helpful in showing how and when cells deviate from the normal path, which can aid the development of disease prevention tools or curative therapies,” Kalhor added.

“The so-called cell ‘fate maps’ developed by the quantitative fate mapping tool provide a history of cell fate determination events that happened during an organism’s development, but unlike genomic sequencing studies alone, the new tool shows when the fate commitment occurred and the relationship of a large number of different cell types in the population,” explained Weixiang Fang, Ph.D., postdoctoral fellow in the department of biomedical engineering at Johns Hopkins and first author of the study.

While the computer model can construct how and when cells develop in an organism, it cannot determine whether the spontaneous mutations occur because of external, internal or random factors.

Fang and Kalhor have made Phylotime free to use by other scientists, and it is available online.