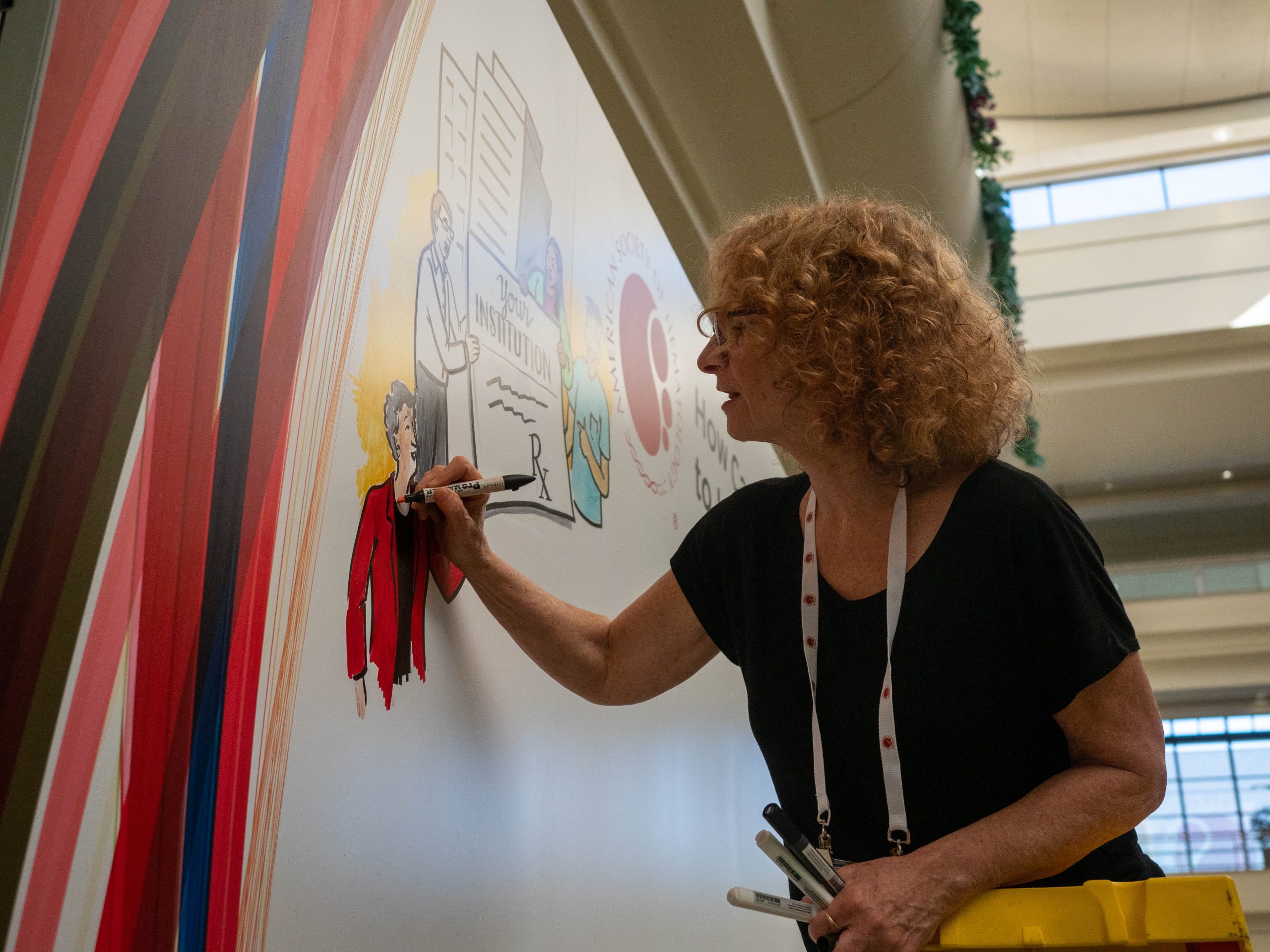 Presentations during the virtual 62nd American Society of Hematology (ASH) Annual Meeting for the ongoing Phase 1 dose-escalation clinical trial with STRO-001, a CD74-targeted antibody-drug conjugate (ADC) developed by Sutro Biopharma and designed for the treatment of patients with late-line Non-Hodgkin Lymphoma (NHL), demonstrated that the investigational drug was generally well-tolerated in this patient population. Importantly, the investigators did not observe ocular or neuropathy toxicity.

STRO-001-BCM1 (NCT03424603) is an ongoing first-in-human, phase I dose-escalation study evaluating the safety, tolerability, and preliminary antitumor activity of STRO-001 in adults with B-cell malignancies. The study is ongoing, and data presented at ASH included results from the NHL cohort. There were 21 NHL patients treated and 18 evaluable patients for a response.

The participating patients had a median of 5 prior therapies. 6/21 patients (29%) had previous stem cell transplant or CAR T-cell therapy.

The key findings include**:

“These results continue to demonstrate the potential clinical benefit of STRO-001 treatment in patients with NHL who are heavily pretreated, with a median of five prior lines of treatment,” said Arturo Molina, M.D., M.S., FACP, Chief Medical Officer at Sutro Biopharma.

“We are especially pleased for the patients who responded to STRO-001 after previously progressing on CAR T-cell treatments and an additional post-CAR T-cell regimen to which they had no response, seeing comparable duration of disease control to the duration on cell therapy. STRO-001 has been well tolerated.  We look forward to continuing the dose-escalation study to learn more about the potential for STRO-001 for patients with NHL.”

The maximum tolerated dose (MTD) was not reached at 2.5 mg/kg. Active enrollment in the NHL cohort continues at the 3.5 mg/kg dose level and additional higher dose levels may be explored.

The data was presented by Nirav N. Shah, M.D., Associate Professor of Medicine at Medical College of Wisconsin.

Preclinical Data Demonstrate the Potential of CD74-targeted therapies
In addition, data presented from preclinical studies with STRO-001 by researchers from the Fred Hutchinson Cancer Research Center, identifies CD74 as a potential target for the treatment of acute myeloid leukemia (AML),  a cancer of the myeloid line of blood cells, characterized by the rapid growth of abnormal cells that build up in the bone marrow and blood and interfere with normal blood cell production.

CD74* is a type II transmembrane protein expressed on antigen-presenting cells and an MHC class II chaperone. It has been associated with tumor progression and metastasis in solid tumors, and its expression has been suggested to serve as a prognostic factor in many cancers, with higher relative expression associated with oncogenesis. [1][2]

Fred Hutchinson Cancer Research Center, in collaboration with Sutro, presented preclinical models showing the potential of CD74-targeted therapies, and in particular STRO-001, for the treatment of acute myelogenous leukemia (AML).

The research, out of the laboratory of Soheil Meshinchi, M.D., Ph.D., Professor, Clinical Research Division at Fred Hutchinson Cancer Center and Professor of Pediatrics at the University of Washington School of Medicine, was presented by Amanda Leonti, MS, Computational Biology, Meshinchi lab, Fred Hutchinson Cancer Research Center, and included in vitro cytotoxicity data for STRO-001 in AML cell lines.

A Robust Computational platform
In their research, Meshinchi and his team noted that the identification of novel molecular biomarkers remains challenging, and significant lag time from target discovery to clinical development impedes timely implementation of novel therapies.

Given these results, the researchers wondered if they could develop a computational platform to identify misregulated genes in acute myeloid leukemia that are targeted by currently available immunotherapies in other malignancies.

To this end, in November of 2019, they curated a knowledgebase of antibody-drug conjugate (ADC) and chimeric antigen receptor T-cell (CAR T) therapies by querying all cancer immunotherapy trials registered in the U.S. National Library of Medicine clinical trials database and the Journal of Antibody-Drug Conjugates.

In the next phase of the development, the researchers selected therapeutic targets expressed in AML. They employed a minimum transcript expression threshold of 5 TPM (Transcripts Per Kilobase Million) in >50% of their AML cases. This approach resulted in the identification of 35 targets of interest for further analysis. A total of 131 immunotherapies, including 70 ADCs and 61 CAR T-cell therapies directed against these targets are in various stages of clinical development.

In addition to well-described targets, the researchers also found 43 ADCs and 26 CAR-T-cells therapies target 30 non-hematopoetic antigens. In their AML cohort, nine (30%) non-hematopoetic antigens, universally expressed across major fusion groups, including CD74, BSG, TFRC, CXCR4, and CD44, possessed a median of >90 TPM and were subjects of therapies in Phase I or later.

The research team also identified targets for which expression was uniquely restricted to rare, high-risk, and therapeutically challenging AML variants. The most highly enriched targets included FOLR1, a member of the folate receptor family that is overexpressed in epithelial-derived tumors but is a novel target in the context of AML. Other targets included NCAM1, MMP14, TNF, and DLK1.

In the final phase, the researchers screened transcriptome data from a large AML cohort for the expression of immunotherapeutic targets with potential use in AML. This enabled them to identify both broadly expressed and subtype-restricted putative targets.

Meshinchi and his team believe that future expansion of their methodology into other cellular therapies and the examination of new data sources could reveal additional targets with robust expression in AML. They believe that demonstration of cell surface expression of these targets, as well as the appropriate preclinical evidence of efficacy, could potentially lay the groundwork for quickly moving these therapies to clinical trials in AML.

STRO-001 and CD74
“[We have] built a robust computational platform leveraging our large AML transcriptome dataset to identify highly expressed antigens on leukemic cells that are being targeted by agents in early phase trials or preclinical development with the goal of repurposing these therapeutics for use in AML,” Meshinchi explained.

“One of these therapies was the STRO-001 ADC which targets the cell surface protein CD74. We have demonstrated that CD74 is highly expressed in a significant proportion of patients with AML. Our initial studies of STRO-001 ADC in AML cell lines demonstrated robust in vitro cytotoxicity on AML cell lines expressing high- to moderate-levels of CD74, with no cytotoxicity in cells with no CD74 expression,” he added.

“This in vitro data, which identifies CD74 as a viable target in AML, coupled with the 27% incidence of CD74 in nearly 1,000 pediatric AML patients from our clinical trial with bortezomib, strengthens the notion that targeting CD74 with STRO-001 represents a viable targeted therapy in this patient population. In addition to AML, CD74 is highly expressed in high risk acute lymphoblastic leukemia (ALL), including Ph-positive and Ph-like ALL, thus providing a rationale for exploring the efficacy of STRO-001 in all leukemias,” Meshinchi concluded.

Note
* CD74 is a non-polymorphic type II transmembrane glycoprotein that, in addition to being an MHC class II chaperone, has been implicated in a number of processes independent of MHCII, including the regulation of endosomal trafficking, cell migration, and cellular signaling as a surface receptor of the pro-inflammatory cytokine macrophage migration inhibitory factor (MIF). CD74 is also up-regulated and associated with enhanced proliferation and metastatic potential in a variety of malignancies. [1][2] CD74 has 30 NH2-terminal, intracytoplasmic amino acid residues, a 26-amino acid hydrophobic transmembrane region, and a 160-amino acid extracytoplasmic domain containing two N-linked carbohydrate chains. [3]