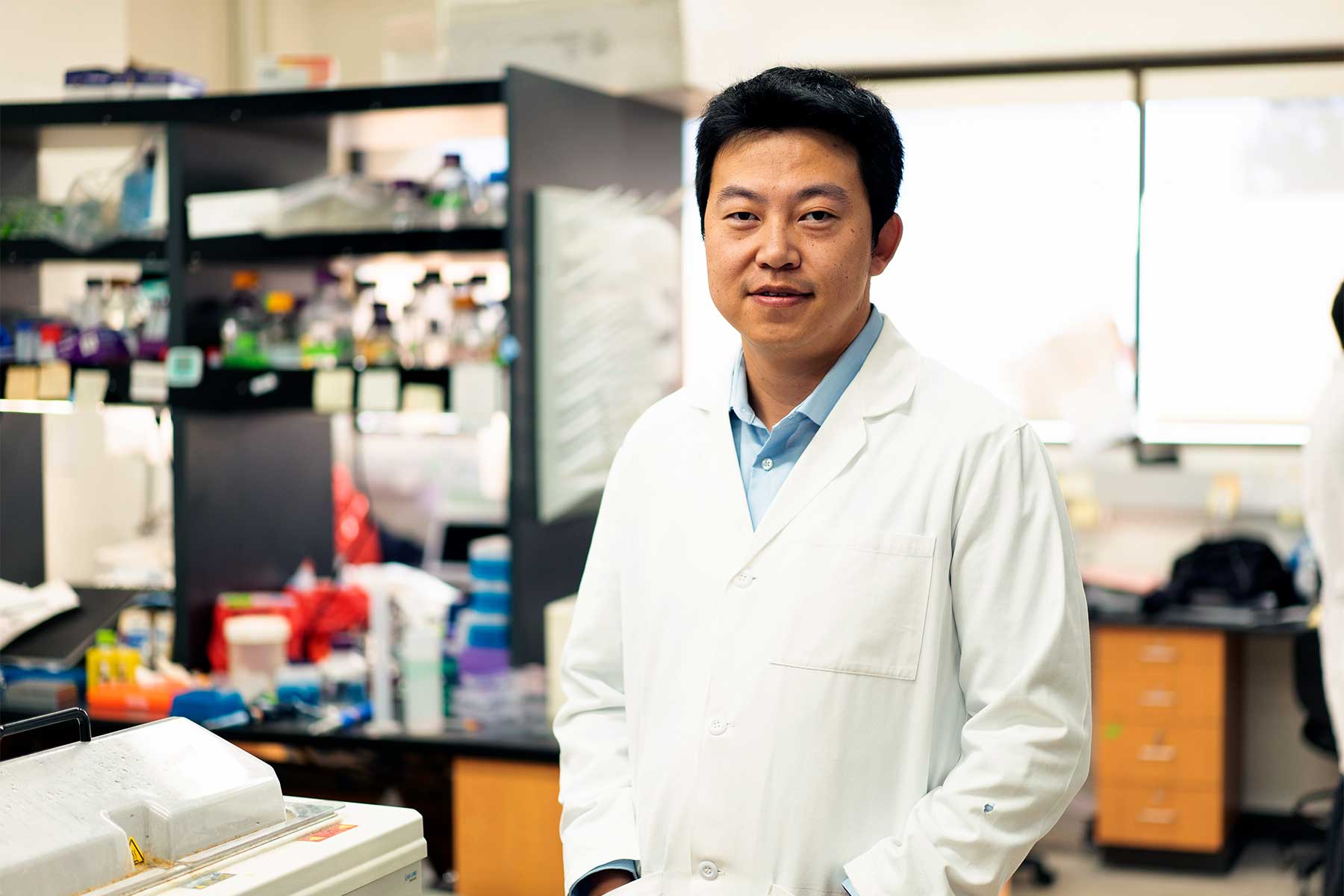 Researchers of USC/University of Southern California‘s School of Pharmacy have engineered a new, faster way to make therapeutic drugs that precisely target malignant cancer cells — while leaving healthy, normal, tissue undamaged. This, according to the researchers involved in the project, could lead to better treatment options for a variety of cancers.[1]

These drugs, called antibody-drug conjugates (ADCs), belong to a relatively new class in which drug molecules are attached to antibodies that focus on and attach to the surface of cancer cells. As of May 2020, eight ADCs have been approved by the U.S. Food and Drug Administration and more than 100 clinical trials are underway studying their effectiveness in treating blood, lung, breast, brain, and other cancers.

In a study published in Science Advances, the researchers describe a new technology to rapidly create a homogeneous type of ADC in high efficiency, which features drugs attached at a specific site on the antibodies and potentially enhanced stability, effectiveness, and safety.

A path to improved precision cancer treatment
ADCs consist of an antibody, designed to specifically seeking out a target on cancer cells, a cytotoxic drug for killing it, and a chemical ‘linker’ designed to link the drug and the antibody. While current development and manufacturing of ADC have resulted in powerful anti-cancer drugs, there are a number of issues limiting their effectiveness. For example, currently approved and commercially available ADCs in the clinic are heterogeneous mixtures, they manufactured through a process that yields varied products of limited stability and efficacy.

Homogenous ADCs, therefore, carry more potential for clinical effectiveness. But current technologies for making this type of ADC require multiple steps or long reaction times due to inefficient chemistries. Many homogenous ADCs can also trigger immune responses that hamper their use.

Solving major issues
“Using our approach, homogenous ADCs could be made through a single-step reaction in less than two hours, much faster and more efficiently than conventional approaches,” explained principal investigator Yong (Tiger) Zhang, assistant professor of pharmacology and pharmaceutical sciences at the USC School of Pharmacy.

“Our technology features a designer ‘linker’ component exclusively recognized by a human enzyme that can rapidly catalyze the conjugation of drug molecules to the antibodies at a defined position,” Zhang further noted.

“In addition to its fast rate and high efficiency, our ADC technology offers a new type of linker for connecting the drugs to antibodies. This designer linker ensures stable attachment of the drug and rapid release of the drugs into target cells, making the generated ADCs safer and more efficacious,” he said.

In establishing their proof of concept, the researchers generated ARC-ADC targeting human epidermal growth factor receptor 2 (HER2) displays excellent stability and potency against HER2-positive breast cancer both in vitro and in vivo.

The results demonstrated a new strategy for the production of site-specific ADCs which may provide a general approach for the development of a novel class of ADCs with potentially enhanced properties.

The researchers confirmed these promising results provide a strong basis for the translation of this ADC into clinical studies.